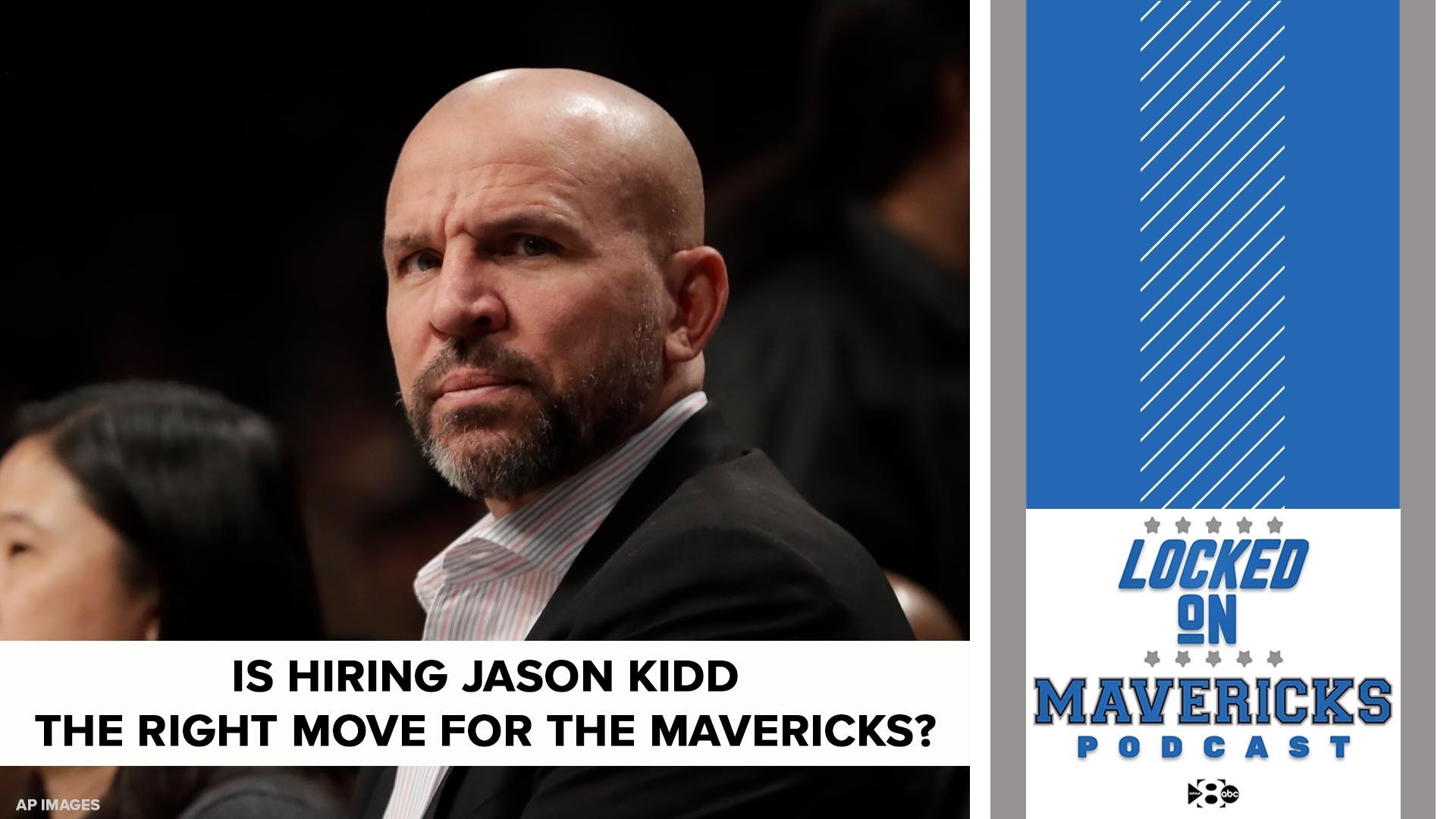 DALLAS — Just over a week after the departure of two key members of the Dallas Mavericks, the organization has hired their replacements.

Former Dallas Maverick Jason Kidd, who has coached with the Brooklyn Nets and Milwaukee Bucks, will take over as head coach and Nike executive Nico Harrison will be joining the team as president of basketball operations, owner Mark Cuban confirmed to WFAA. Harrison will work in concert with Michael Finley to lead the basketball ops department. Finley was a long-time assistant under former president of basketball operations, Donnie Nelson.

Mavs owner Mark Cuban confirmed the deals with Kidd and Harrison are done, and said that Harrison and Finley will work side-by-side to run basketball ops -- "Batman and Robin," Cuban said.

Kidd spent a season with the Nets and almost four years with the Bucks. He led the Nets to the Eastern Conference Semifinals, where they lost to Lebron James and the Miami Heat. Milwaukee was young and inconsistent during his tenure. They made the playoffs in his first and third years, before he was fired midway through his fourth season with the team.

For the last two years, he's been an assistant with the Los Angeles Lakers.

Kidd also had two stints playing with the Mavericks. He was drafted second overall by Dallas in 1994, and played his first two seasons before being traded in 1996.  He was then traded back to Dallas 12 years later. He spent four seasons with the Mavs in his second stint, helping the team to the 2011 championship.

Harrison played college basketball at Montana State University, leading his team to the NCAA tournament his senior year, and played professionally in Europe for seven years.

He joined Nike as a marketing representative, rising through the ranks to be a high level executive.  His relationships with several high-profile players around the league led multiple teams to attempt to pull him away from Nike. The Mavs success in doing so is seen as a boon for owner Mark Cuban and the organization.