They also provide something Parsons needs at his core -- someone to compete with. 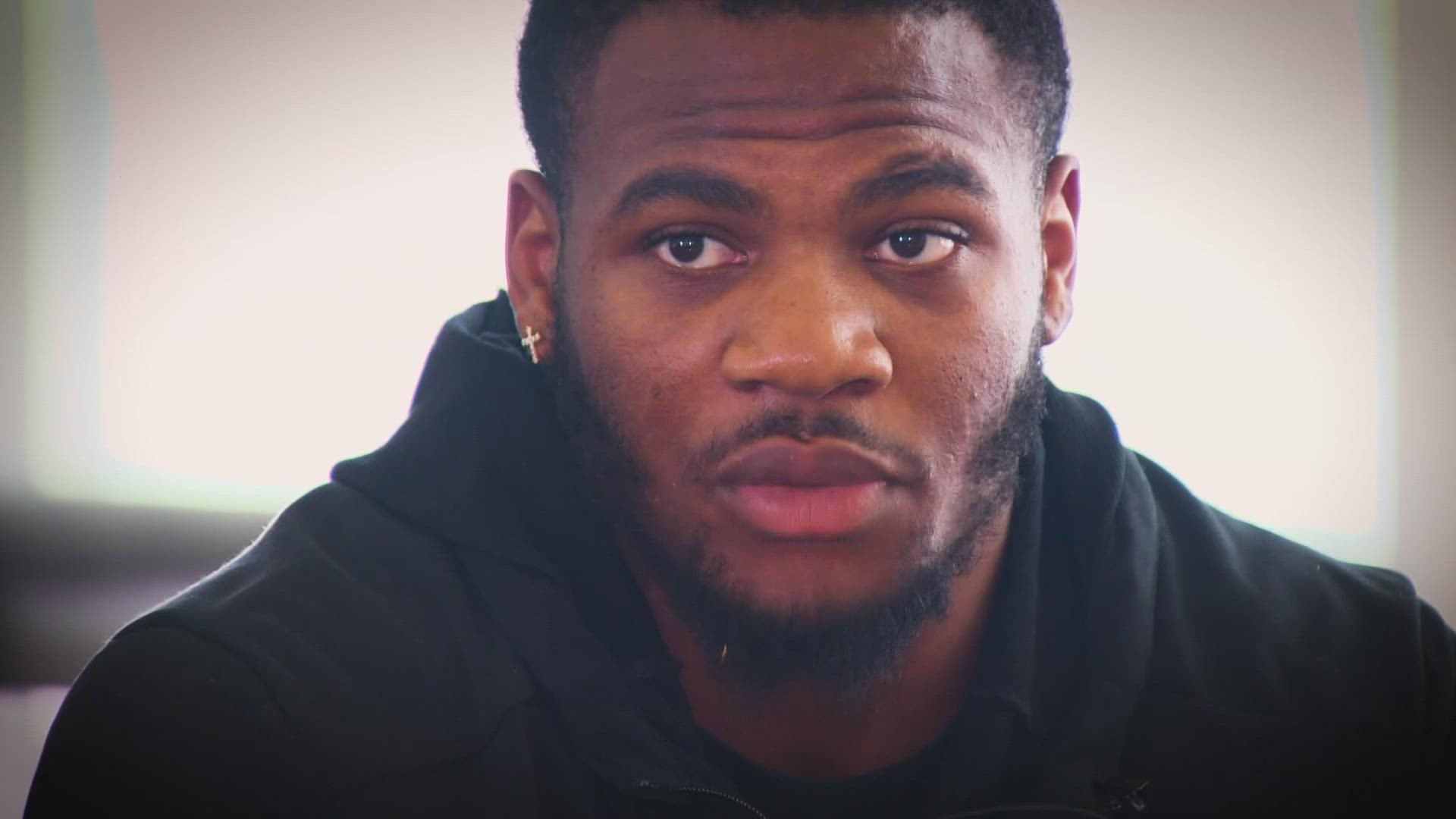 And he'll beat you in everything.  Trust me.

Shortly after arriving at his beautiful new home in Parker, I challenged him to a game of pop-a-shot.  With a knowing glance in my direction, already fully confident of the beating he was about to hand me, Parsons merely said "warm up first."

We sat down to play a game of chess, and before I knew it, he had me pinned in a corner, closing ranks around my king, trying in vain to find a way out of the vice grip he put me in.

"You ever watch Game of Thrones?" Parsons asked me after he had soundly whipped me in both chess and pop-a-shot.  "Yeah, I own the Iron Throne around here."

It's that attitude that has made Parsons the brightest young rookie in the NFL, just two games into his first year with the Dallas Cowboys.

"I feel like I have to be good at everything," Parsons said.

It's readily apparent, he's one of those people that really is good at everything.  But it's not by accident.  Whatever he picks up, he works at. Relentlessly.

Even pop-a-shot.  Seriously.   After he crushed me, he showed the room his strategy, carefully honed over countless games that he played against himself, in which he uses only two balls, and creates a steady stream of catch-shoot-catch-shoot-catch-shoot, until he's pummeled his opponent.  It's the same on the football field.

"I'll be like, coach, I want to play perfect," Parsons said. "I don't believe in playing with mistakes. It's like blunders [in chess].  I believe, I want to play perfect.  He's like 'there's no such thing as playing perfect.'"   It's here that Parsons pauses ever so slightly, and looks up, to finish his thought.   "Maybe to you."

After he was selected by the Cowboys with the 12th pick in the first round of the NFL Draft, he moved to Dallas.  He bought a gorgeous house in Parker, with plenty of space for himself, his mother Sherese, his brother Da'ron Jennings, and the most important member of the household, his three-year-old son Malcolm.

"He means everything to me," Parsons said. "He doesn't even know it yet, or understand what's going on around him, but I'm glad that he can enjoy something like this, and enjoy this experience because the way I grew up was something completely different than this."

Parsons grew up in Harrisburg, Pennsylvania, in an area called Uptown.

"The culture there is... more black," Jennings explained.  His mother Sherese described the area with one word: "Poverty."

Parsons spent most of his childhood at the Boys & Girls Club.  It was during his childhood that he met some of his closest friends, including Jennings, who has been such a close friend for nearly their entire lives, that they consider each other brothers.

Parsons played every sport he could get his hands on.  Truly, every game.

"I took gym volleyball," Parsons said. "Of course I won the championship."

Jennings explained that Parsons' teammates knew how much he wanted to win, so they just let him do everything. "They would just stand out of bounds because Parsons was roaming the whole court," he said.

Parsons enjoyed it so much that he went out for the high school team with Jennings and another friend, AJ.

But don't bring that up... it's a sore subject for one of them.

"You got cut, AJ?" Sherese asked, to a cacophony of laughter from Parsons and Jennings.  AJ just smiled and rolled his eyes at his friends.

It's a moment of hilarity but also an example of why the entire Parsons clan has come to Texas.  They're 1,400 miles away from where Parsons grew up, but he still has two of his closest friends and his mother, laughing about a memory from their childhood.  It's in these moments that Parsons has exactly what he's looking for -- family, by his side, sharing in the journey he's just beginning.

"Me and my mom, we talk all the time, every day," Parsons said. "Just gives me a nice, different feeling than when I'm at work all the time.  That's why I like to be surrounded by people that I love."

And he's carrying the city of Harrisburg, proudly, on his back.

"It means everything," Parsons said. "As a kid, you're always looking for hope or a sign of 'I'm doing the right thing'. So I want to show kids that, you can go to school, get your degree, and do everything that you can ever dream of."

"To go to Penn State, graduate in three years, and do the things that he's doing, and to encourage them to give back to the city, I think it really means a lot to the younger kids," Sherese said. "Because, when they see him, they act like he's a celebrity."

She paused and began to laugh. "I guess maybe he is now!"

And with his hometown and that newfound celebrity as added motivation, Parsons is focused on greatness.

"Why stay at a 99 when you can get to 100.  Like, why wouldn't you ever want that extra 1?" Parsons asked. "Like, if we're both 99's, what would be the difference between me and you. That means I've just gotta... I'm gonna just beat you.  There's just no better feeling than beating a person across from you, or just beating somebody in general.  So it's never just a game, it's more than just a game.  Football's more than just a game. There's just so many things that are just worth more, because of the lessons that come along with it."

Two games into his rookie season in the NFL, and he's already putting dominant performances on tape. Swarming to the ball, creating havoc, hitting the quarterback, and more.  Already on the path to one of his goals -- Defensive Rookie of the Year.