Keys to victory: How Cowboys can beat Philadelphia in Week 3 showdown

The Dallas Cowboys will be aiming to get the better of their NFC East rivals from Philadelphia in a Monday Night Football prime time battle from Arlington. 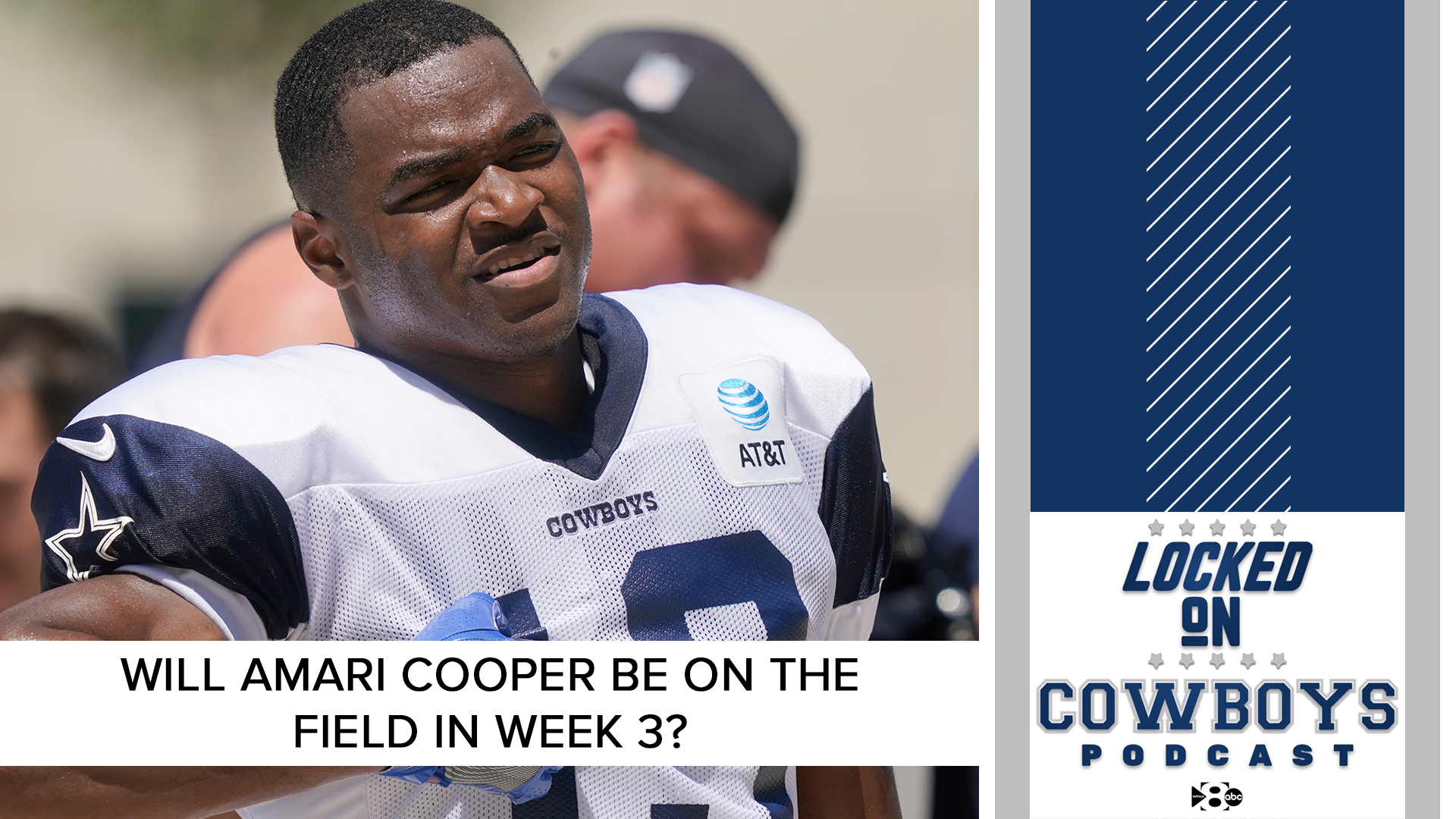 DALLAS — The Dallas Cowboys head into their Monday night game with a record of 1-1, tied for the division lead with two other teams. It’s early in the season so there isn’t much separating the NFC East teams right now, but Week 3 presents the Cowboys with their first of six rival matchups on the schedule.

It’ll be the Philadelphia Eagles first on the docket for the Cowboys as they look to size each other up from the comfy confines of AT&T Stadium. The Eagles, like the Cowboys, have had two uneven performances, winning their opener against Atlanta before dropping a matchup against San Francisco last week.

Monday Night Football is coming to WFAA! Watch special coverage of the Cowboys vs. the Eagles throughout the day, including a sports special at 6:30 p.m. before kickoff and a 1-on-1 interview with Dak after the game.

Here are some of the keys to beating the hated Eagles as the football world watches on Monday Night Football:

The Eagles turned to Hurts at quarterback as a rookie late last season and he’s played well. He’s been a good passer but Hurts still does most of his damage with his legs.

Hurts is a better player when he’s on the move using his athleticism and mobility. The Eagles will use Hurts’ legs to move the ball as the second year QB is leading the team with 144 rushing yards. Hurts is at his most dangerous when he’s escaping the pass rush – or outside the pocket making plays – than he is when he’s sitting in the pocket.

The Cowboys need to make sure they keep Hurts contained and don’t let him escape to make big plays.

Find the hot hand at running back

Through two weeks of the season, the Eagles have had one of the better defenses in the league, allowing an average of 283 yards and 11.5 points per game. Their defense has been particularly stout against the pass, allowing a paltry 162.5 yards per game through the air.

However, the Eagles don’t do as well against the run, giving up over 120 yards per game on the ground. That was about the same number of yards that the Los Angeles Chargers were allowing heading into last week’s contest and the Cowboys were able to hammer LA in the run game with Ezekiel Elliott and Tony Pollard amassing 180 yards rushing.

Most yards per rush this season, among RB:

If Dallas can do the same to the Eagles, who have a strong defensive line, they should come away victorious.

Thus far, the defense for the Cowboys can best be described as bend but don’t break. They’ll give up yards and it won’t look pretty at times, but Dallas’ defense has forced the most takeaways in the league through the first two weeks of the season with six.

Conversely, the Eagles are protecting the ball well so far. Philadelphia hasn’t turned it over in either of their first two games.

One of the biggest factors in winning games in the NFL has always been turnover margin. It is true that with the offense being the strength of the Cowboys, the more Dak Prescott has the ball, the more dangerous Dallas becomes. That’s what the Cowboys’ defense should be striving to accomplish.

There’s nothing else in the NFL like an NFC East rivalry, and the Eagles and Cowboys have one of the best in the league. New Eagles’ head coach Nick Sirianni seems to have embraced the spirit of hatred between the two teams this week with his attire.

Nick Sirianni has on a “Beat Dallas” shirt.

Says it’s the closest thing in the NFL to a college rivalry #Eagles pic.twitter.com/E0lAEG62Hp

Wearing a ‘Beat Dallas’ shirt to a press conference is all in good fun but stoking the flames of the Cowboys may backfire. This is big boy football, so motivational tactics are usually too little, too late, but there are times when trying to rally your own team adds some inspiration for the opposition.

The Cowboys likely aren’t going to reply with any bulletin board material for the Eagles. And as funny as it would be to see Mike McCarthy in a funny t-shirt as a response, that isn’t going to happen either. The Cowboys players who have commented have taken the high road when asked about ‘Beat Dallas.’

However, if the Cowboys can embrace the rivalry, they might fuel themselves to a win. It’s early, but it would be big for the Cowboys to get out to a lead in the division and set the tone for the rest of the season. Embracing the hate, as the kids say, might give Dallas an advantage.

Do you think the Cowboys will come away with a win in their first division game of the season? Share your predictions with Ben on Twitter @BenGrimaldi.