Ezekiel Elliott is a two-time NFL rushing champion but he is glad that the Dallas Cowboys have another running back to help him carry the load in Tony Pollard. 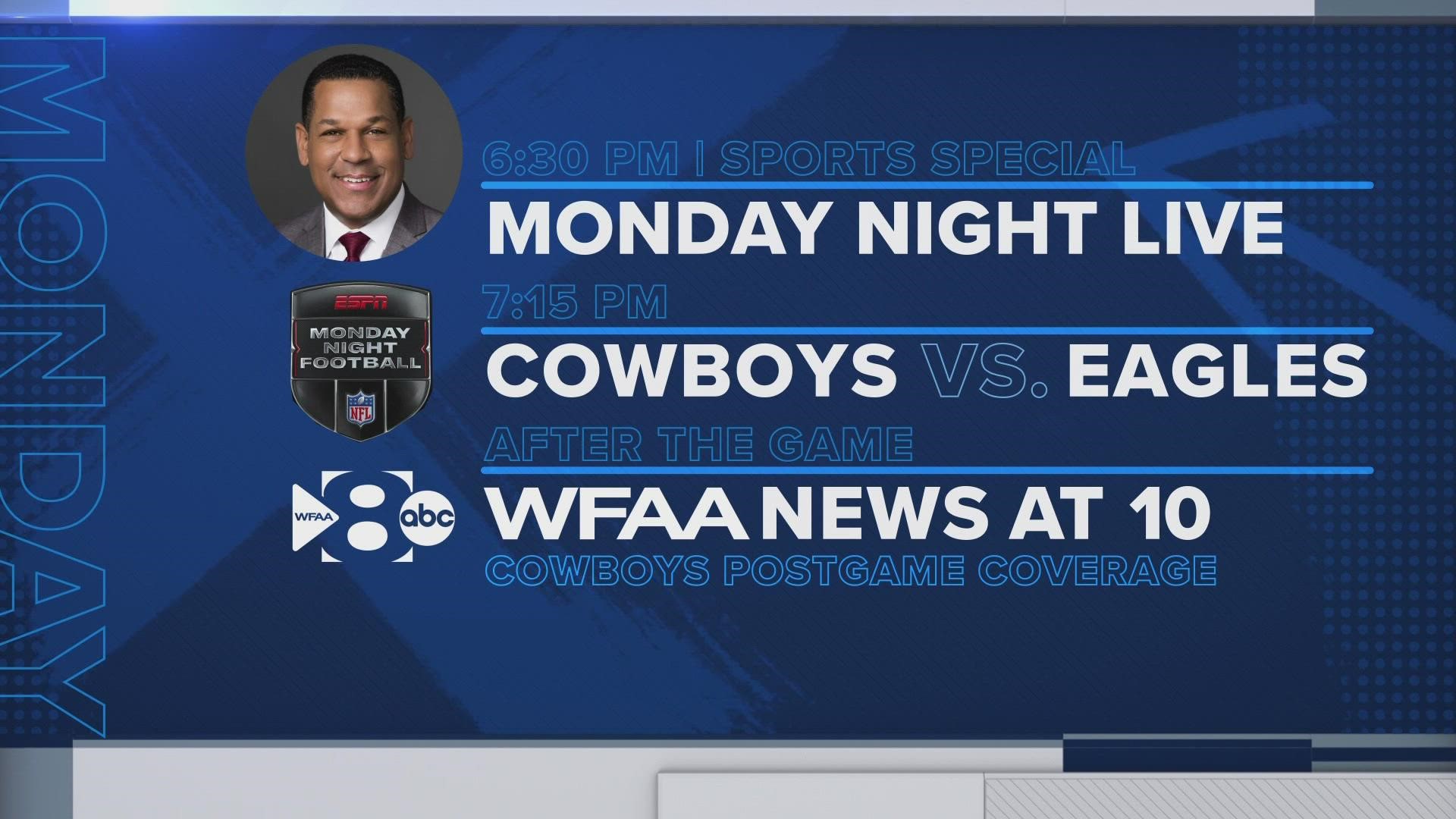 DALLAS — Monday Night Football is coming to WFAA! Watch special coverage of the Cowboys vs. the Eagles throughout the day, including a sports special at 6:30 p.m. before kickoff and a 1-on-1 interview with Dak after the game.

Ezekiel Elliott has a big personality, but he doesn't have a big ego.

Through the first two games of the season, his backup, Tony Pollard, has more rushing yards (123 to 104) and scrimmage yards (183 to 136) than Elliott does. The Dallas Cowboys running backs both have the same number of touchdowns, as each scored a rushing touchdown in the first quarter of the 20-17 win at the Los Angeles Chargers in Week 2.

Pollard says he and Elliott are competitive, but states that each back feeds off the other's success.

"We’re very competitive, but we’re two different styles of running back," said Pollard. "It’s big and it’s important, especially when you can have both of those guys on the same team. They just feed off each other. Nobody is competing against the next guy. We’re both going out there, doing our own thing."

Fun fact: among NFC East foes, #Cowboys RB Ezekiel Elliott averages the most rushing yards per game against the #Eagles at 98.6.

However, that was earlier in Elliott's career. The sense is that things are starting to slow down for the two-time NFL rushing champion. His accolades came with just one playoff win. Elliott wants more, and knows partnering up with Pollard is key.

"It’s a brotherhood," Elliott said. "Every week we all got the same goal, the same common goal and that’s the goal to win football games. However we got to do that, that’s what we got to do. I see Tony, I see the work he puts in, he’s one of the hardest workers on the team and he’s very talented. He deserves to go out there and play well."

Quarterback Dak Prescott vouches for Elliott's commitment to the camaraderie and cohesion in the locker room, especially on offense and in the running back room.

"He’s all about the brotherhood," said Prescott. "He's all about the team's success. Obviously individual success is great, but it's not about that. I'll continue to credit him and just our whole offense as a whole, there's a few guys on our team that are paid well and that never comes into play, that's never what this game is about. We all want to see each other succeed, and that's the lack of egos we have that is going to be a key to our success."

#Dak says Ezekiel Elliott is all about the #Cowboys' success:

"Zeke has always been a very unselfish player and is going to do whatever it takes for this team’s success. So if there’s any misnomer about that, we probably should nix that and get rid of it now."

Elliott was a champion of Pollard's going back to his rookie season in 2019 when Dallas selected the running back from Memphis in Round 4.

"He took me under his arms, brought me in, took me through things, walked me through a lot of things that I was new to," said Pollard. "From that point on, it's just letting me be me."

The Cowboys take on the Philadelphia Eagles for Dallas' first NFC East showdown of the season. Whether by Pollard or Elliott's legs, all the former 2016 No. 4 overall pick wants to see is the Cowboys' prevail and take command of the division.

Do you think the Cowboys will have another 100+ yard rushing performance against the Eagles in Week 3? Share your thoughts with Mark on Twitter @therealmarklane.