'This is not who we are,' volunteers say as tensions rise in Fort Worth during Kamala Harris visit

Political tensions rose in Fort Worth following clashing protests outside a popular polling place and a visit from Kamala Harris. 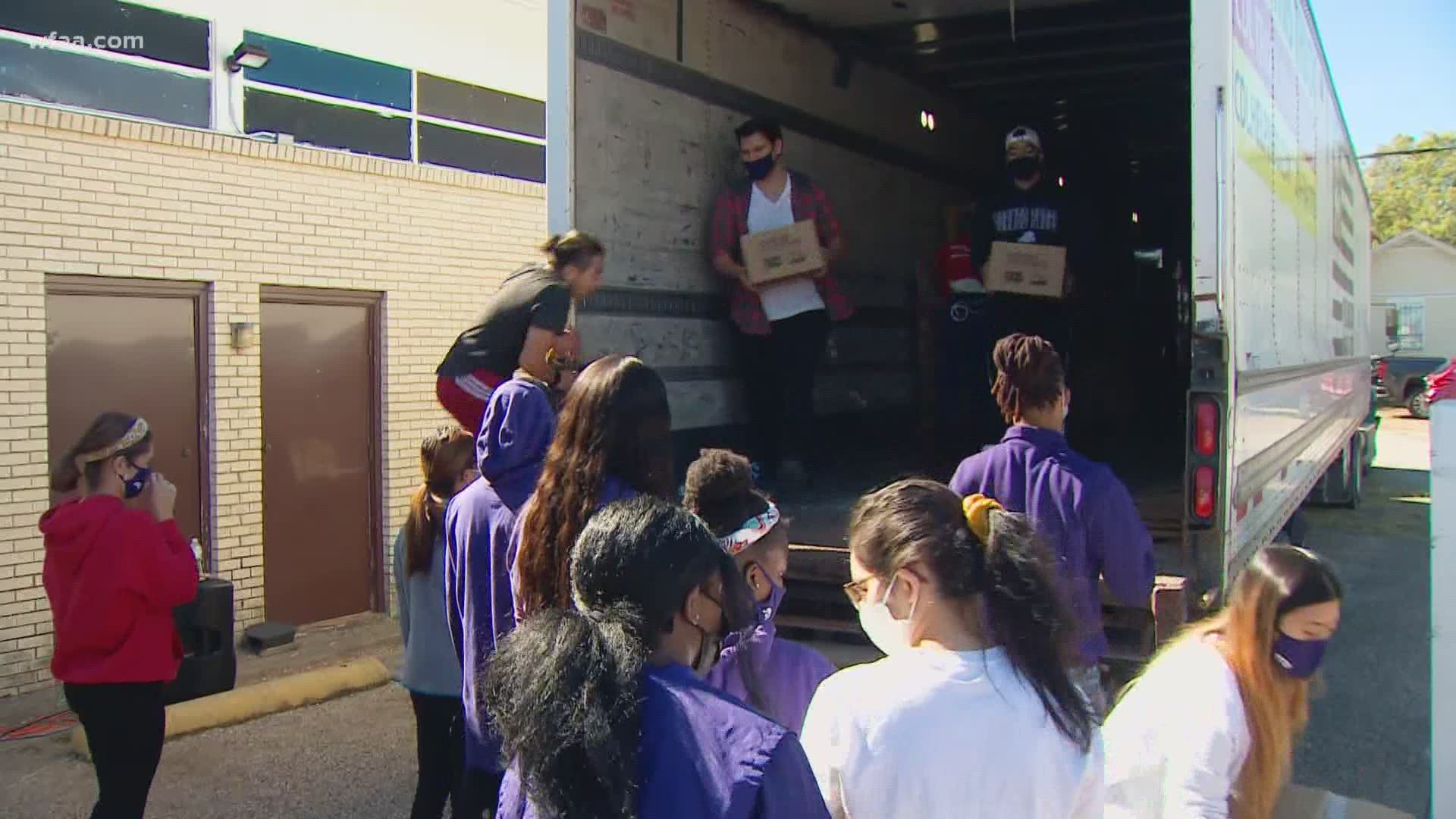 FORT WORTH, Texas — As tense moments unfolded in East Fort Worth, at a pair of politically-charged events, a group of volunteers called for peace and understanding at a food distribution event just a few miles away.

“That is not who we are,” said Kevin Haliburton, about the division and rising tensions. “We are really at our core together."

On Friday, the Holland Hills Baptist Chuch pastor teamed up with volunteers to hand out enough food, personal protective equipment and flu shots to help some 1,500 families at the distribution event outside Mt. Rose Baptist Church.

“Our big message is to love our neighbor and then all the noise that’s going on all around us,” said Vint Hargrave, one of the organizers. “We just kind of tune that noise out and we get here and we all start serving in love.”

The distribution event happened as a visit by vice-presidential candidate Kamala Harris brought supporters and protesters to a church in East Fort Worth.

At the exact same time, President Trump supporters clashed with counter-protesters just two miles away outside of a polling place on Richardson Street on the last day of early voting.

RELATED: 'We vote because everything is at stake': Sen. Kamala Harris stumps in Fort Worth on final day of early voting

Tina James said it was the second time in a week Trump supporters gathered in the predominantly Black neighborhood.

“For the most part those are not residents of Stop Six or even southeast Fort Worth,” James said.

Trump supporters said they were simply exercising their right to peaceably assemble but James called it voter intimidation.

At the food distribution event, volunteers didn’t ask who people were voting for or where they came from. They simply asked what people needed and how they could help.

Haliburton said he understands why people are divided but when the election cycle passes, helping one another will be what reminds us how to live together.

“It’s a wonderful backdrop to all of the chaos to say that listen, we are better together as a community,” Haliburton said.