'We vote because everything is at stake': Sen. Kamala Harris stumps in Fort Worth on final day of early voting

Harris spoke of the urgency of exercising what she called "your power" when going to the polls. 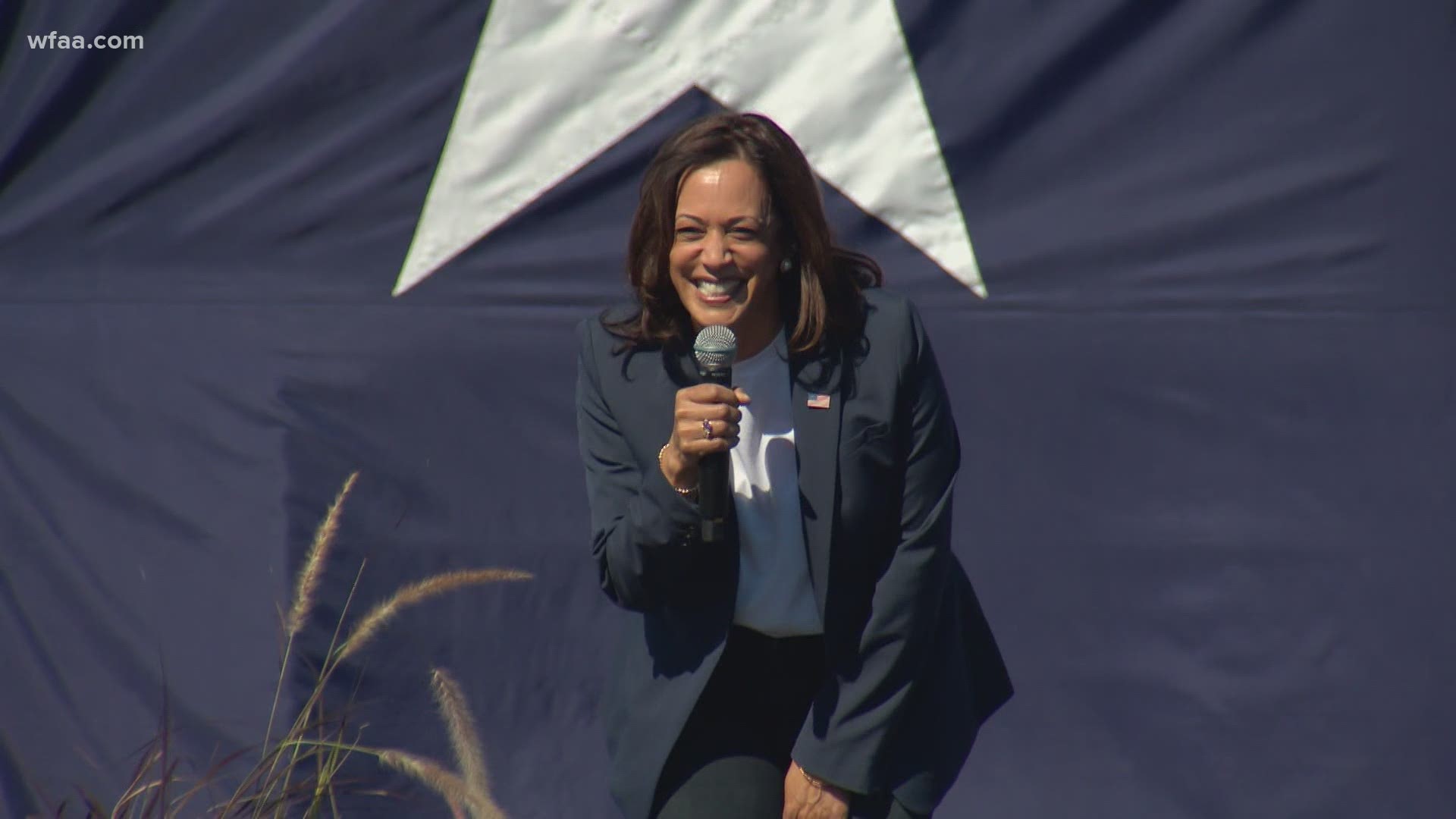 FORT WORTH, Texas — As Senator Kamala Harris took the stage Friday, an energized and socially-distanced crowd heard a phrase a Democratic ticket hadn’t spoken in Texas this close to a presidential election in over three decades.

“It’s so good to see you Texas,” said Harris.

The vice presidential nominee spoke for 30 minutes on a stage set-up in a grassy field near First Saint John Baptist Church in southern Fort Worth.

Tarrant County, the third most populous in Texas, went for President Trump in 2016, but then narrowly supported a Democratic candidate for Senate in 2018. It is now considered a potential bell-weather county for the statewide race.

The Texas secretary of state said more than nine million have already voted, with one day remaining in early voting. That total already exceeds the 8.96 million that voted early and on election day in 2016.

“You all have been doing your thing,” said Harris, referencing the turnout.

And her call to Texas voters, keep going.

Harris spoke of the urgency of exercising what she called "your power" when going to the polls.

Credit: David Goins
Senator Kamala Harris campaigns in Fort Worth, Texas on Friday October 30, 2020. The Vice presidential nominee made stops in McAllen and Houston as well as Democrats pushed to win Texas in a presidential election for the first time since 1976.

“You have power, and at election time that power will be through your vote,” said Harris.

Harris’ speech covered former Vice President Joe Biden’s platform on dealing with the pandemic, health care and the economy among others. But the stump speech was surrounded by a start and finish designed to propel momentum for Democrats in the final four days of the campaign.

RELATED: Is Texas really a 'Toss Up' in the 2020 presidential race?

A Democrat hasn’t won Texas since Jimmy Carter in 1976.

Then Governor Bill Clinton came within three points of President George H.W. Bush in 1992, but the tightness of that margin was credited to the insurgent third party entry of Dallas business magnate H. Ross Perot.

Otherwise, in a two candidate race, the worst showing for the GOP in Texas over the last 44 years was Donald Trump in 2016, defeating Hillary Clinton by 9-percentage points in 2016.

That early vote energy cuts both ways with state Republicans confident the early vote numbers will keep Texas in GOP hands after Tuesday.

Still, for the couple hundred who were allowed to attend the rally on Friday, the significance of having a vice presidential nominee campaigning in Fort Worth, McAllen and Houston on the final weekend signals that Texas is competitive for both parties.

“I wanted the Millennials to know we matter, our voice matters,” said Johnson. 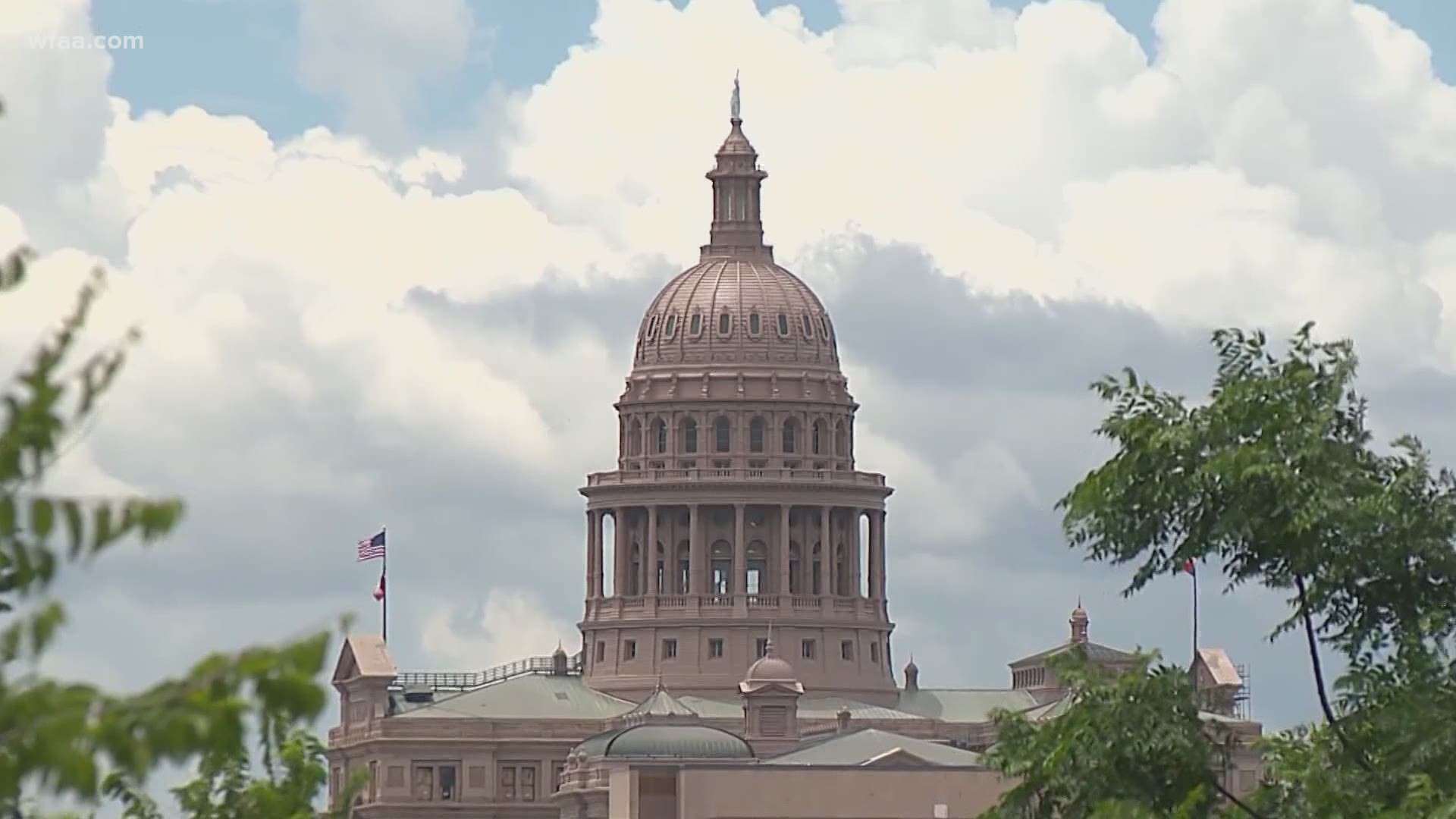