The Texans who have voted make up about half of all registered voters in the state. 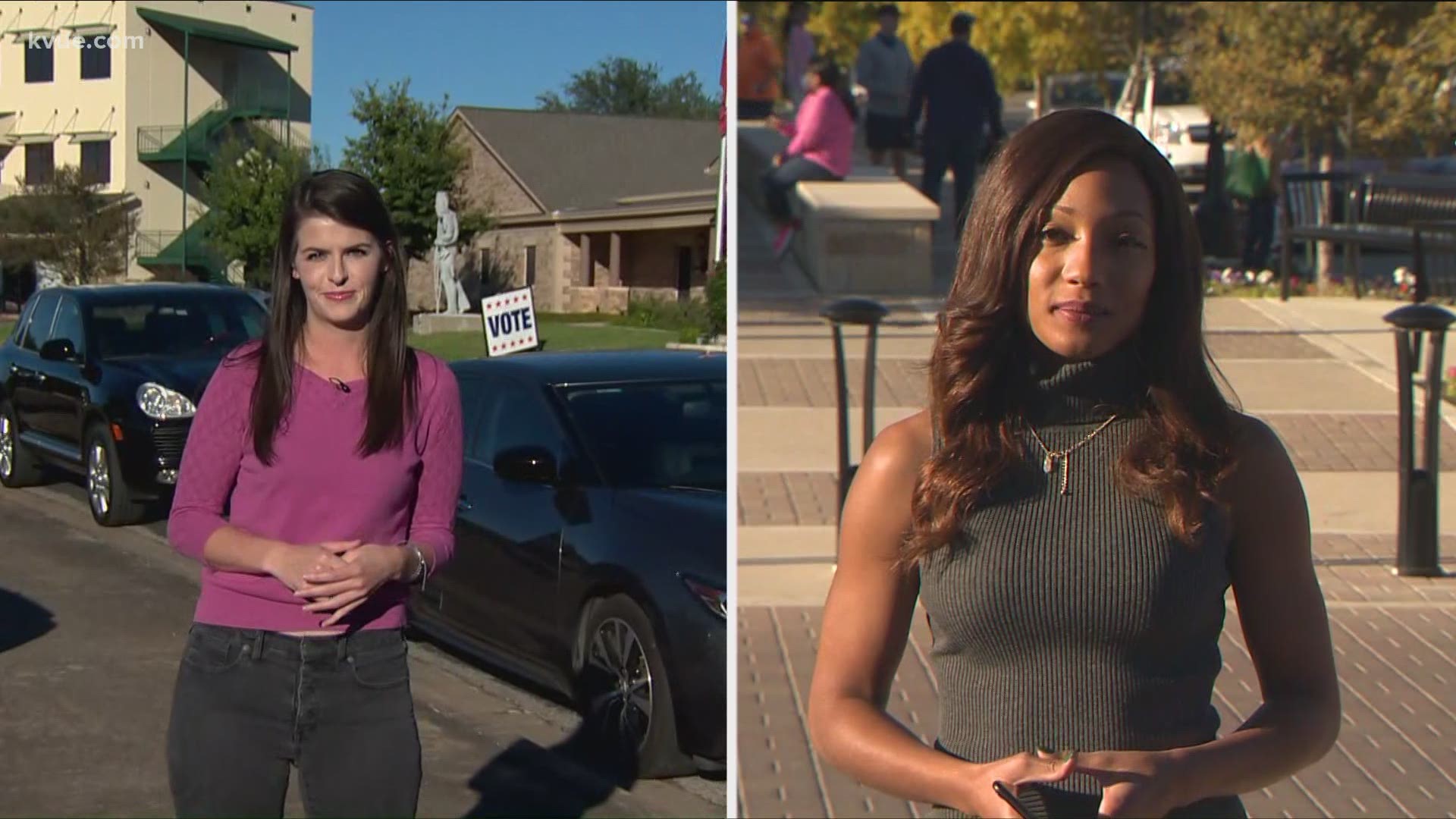 "That’s your civic duty, right? That’s what we’re supposed to do," Nathan Clark, a Travis County voter, told KVUE on Friday. "It’s kind of one of those epic elections, so you got to vote for what you believe in."

According to the Texas Secretary of State website, as of Thursday, Oct. 29, Texas has cast a total of 9,009,850 votes so far in the 2020 presidential election. In the 2016 presidential election, 8,969,226 votes were cast through early voting and Election Day across the state of Texas.

The Texans who have voted make up about half of all registered voters in the state.

"I actually wanted to vote on Election Day, but I came to early vote because I wasn’t sure if the line was going to be really long," said Allison Little, a first-time Texas voter. "I was kind of worried about being around too many people or if it was going to feel safe, but everything felt safe and it was good."

Tenesha Henderson said her 15-year-old daughter isn't old enough to vote but she brings her to the polls so she can get ready.

"I take her with me for every vote that I make so that she not only understands the importance of the politics that's involved but that she understands how the process is run and that she sees me express my voice," said Henderson. "Although she's not old enough to vote, she also understands that I'm voting for her and voting for all those other people who do not have a voice as well."

Normally a reliably red state, Texas is seen as being in play this year in the race for president between President Donald Trump and former Vice President Joe Biden. Brian Smith, a professor of political science at St. Edward’s University, said one of the biggest metrics in determining if a state is a battleground is polling.

He said that states with recent polls favoring one candidate over the other by only a few points would fit the bill. Recent polls in Texas have shown a tight race between Trump and Biden.

83 million have already voted in 2020 election

Voters across the U.S. are turning up in record numbers this 2020 election. Hawaii is the first state to pass its 2016 vote total, currently standing at 104.5%, according to the U.S. Elections Project.

Once the polls close on Nov. 3, KVUE will keep track of the 2020 election results here. Mail-in ballots that are postmarked before Nov. 3 can be received by local elections offices by 5 p.m. the day after Election Day, so mail-in ballots in Texas are expected to take longer to tally.

Be sure to download KVUE's app to get updates as they come in: kvue.com/app. On the KVUE app, you can customize the type of content you would like to be notified about and see the most, including election and voting information. Find out how to customize KVUE's app here.

VERIFY: Austin is not 'one of the most dangerous cities in America,' as Lt. Gov. Dan Patrick claims

You can get free food and booze with an 'I voted' sticker. Here's where in Austin

Voting early? Here are the wait times at polls in the Austin area