"We got to love each other, love a republican, love a democrat. We're all human beings," Ruth Hauntz says. 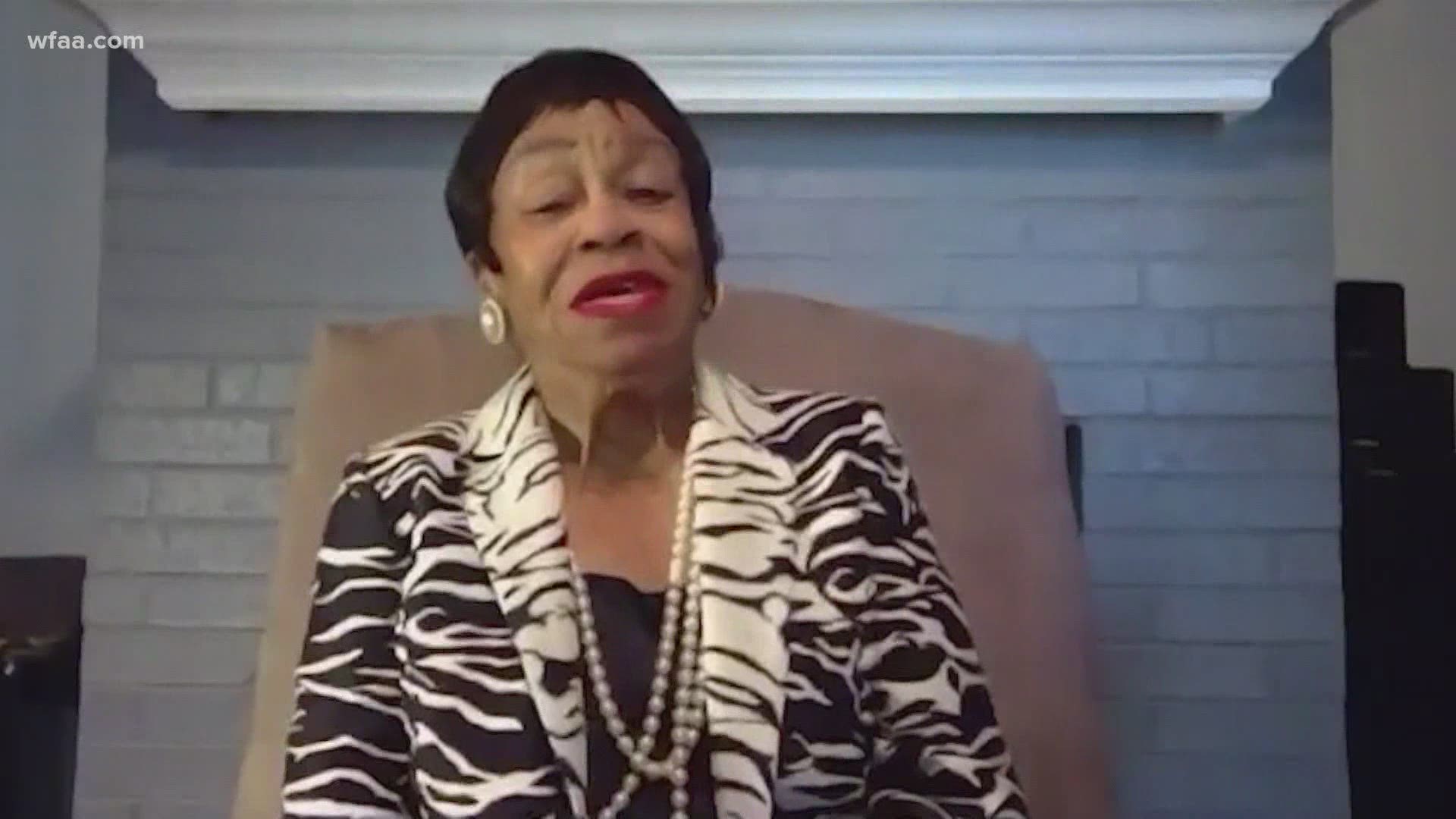 Across the country, history is being made at recreation centers, school gyms, and community centers with a record turnout for early voting.

Dallas County is one of those communities, that has shattered records day after day.

The long lines to vote and high turnout have been inspiring to many. Those long lines mean even more to people like Ruth Hauntz.

"Besides being delighted, it brings up lots of memories and it's a bittersweet type thing," Hauntz said.

Hauntz is 86 years old and a legend within the Dallas community. She's a business owner, restaurateur, and queen of the State Fair of Texas, where her fried foods win awards year after year.

She's is also a lifelong voting rights activist. Hautz is a Black woman, who knows that voting hasn't always been guaranteed for people like her. She grew up near Houston and started voting well before The Voting Rights Act of 1965.

"We even had to estimate the number of jelly beans in a jar," Hauntz said.

Even during those restrictive times, Hauntz worked to promote voting within her community and beyond. She helped fellow Black voters navigate the cumbersome regulations, such as filling out poll tax receipts correctly.

"My role is an encourager. Every day we push forward for a better way," Hauntz said.

When the Voting Rights Act passed, Hauntz and her late husband signed up and became deputized voter registrars. It's a title the grandmother and businesswoman still holds to this day.

Hauntz estimates she's helped thousands of people register to vote during her lifetime.

"We got to love each other, love a republican, love a democrat. We're all human beings," she said.

Like many people, Hauntz has said she's been troubled by the increasing levels of divisiveness and anger in the current political climate.

She's been looking back to moments in American history when the country was together as inspiration, such as the day after 9/11, when lawmakers stood on the Capitol steps and sang in unity.

"We can disagree but you don't have to be disagreeable," Hauntz said.

"There were so many, not only Black people in the protest, there were so many white outstretched arms, and not just white but all colors. This gives me hope that somebody sees my plight. I'm feeling good right now, I really am," Hauntz said.

For Hauntz, communication and listening to one another is the key to moving towards a better country, a country that more fully lives the promises it has made in its founding documents.

"See that's what we need, to have people talk to each other to understand each other," Hauntz said.

When asked about remaining positive even after so many years of oppression or barriers to voting, Hauntz says faith is her guiding light.

"I've always prayed for peace. I'm the peacemaker and with everything that is my ultimate goal," Hauntz said.

So what does she think of the record-breaking early votes? Hauntz thinks it's an incredible start, but that the work of becoming a better country is never done.