Zoey Money, 7, added her artwork to the murals downtown in hopes of "spreading love and not hate." 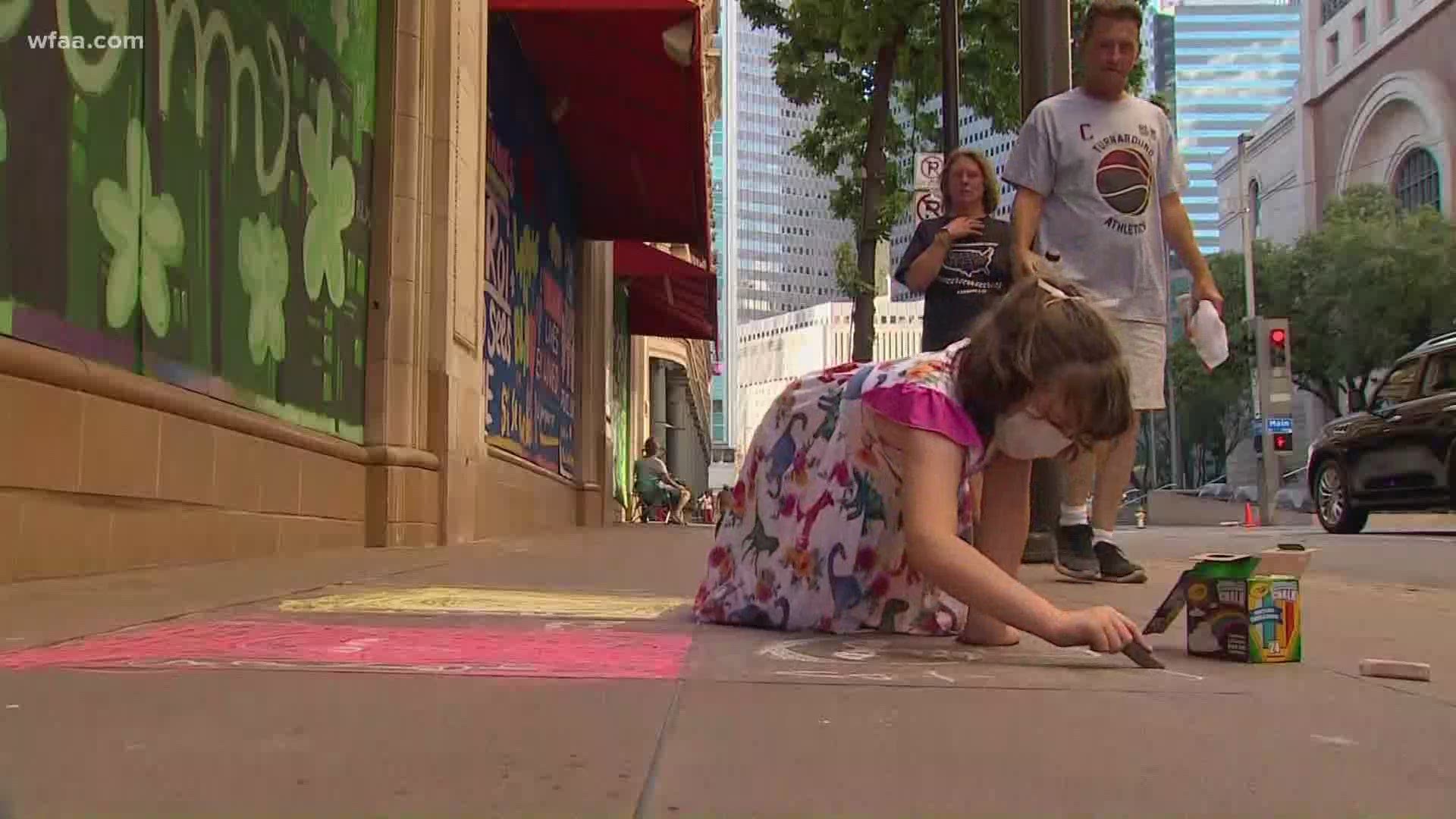 DALLAS — Over the last several days, artists have transformed portions of Downtown Dallas. Places that were boarded up from rioting have become canvases for artists wanting to spread some positivity.

"America cannot stomach what they see going on this country," said Jay, who has been downtown three times now to witness the artwork.

The words "love," "peace" and "unity" can be seen throughout downtown. Many artists began their work on Sunday, and there aren't many boarded places left for paint.

Kelton Onochie graduated from high school this month and decided to take his graduation pictures in his cap and gown in front of the murals.

"If we don't love each other, there's no way we can move forward," said Onochie.

Zoey Money, 7, shared images with WFAA of her artwork. She decided to recreate a picture of the victims of police brutality that included George Floyd and Atatiana Jefferson using chalk.

"God does not judge by the color of the skin but by the heart," Zoey told WFAA.

It is unclear how long the art will stay up in Downtown Dallas. Business owners are just now beginning to clean up the area and reopen their shops.

Until the murals come down, it will continue to be a backdrop for hundreds of people who walk the streets of Ervay and Commerce. 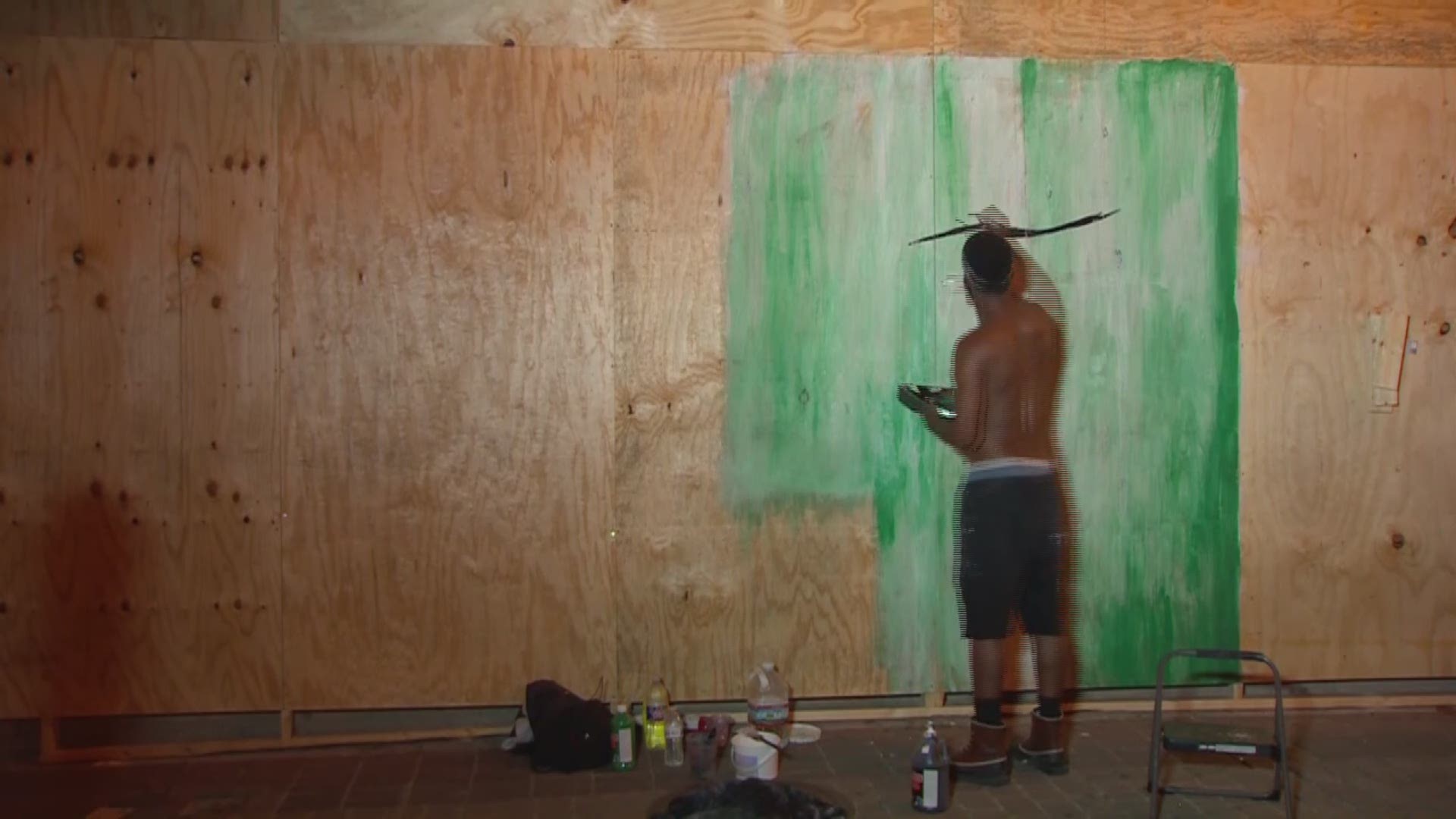