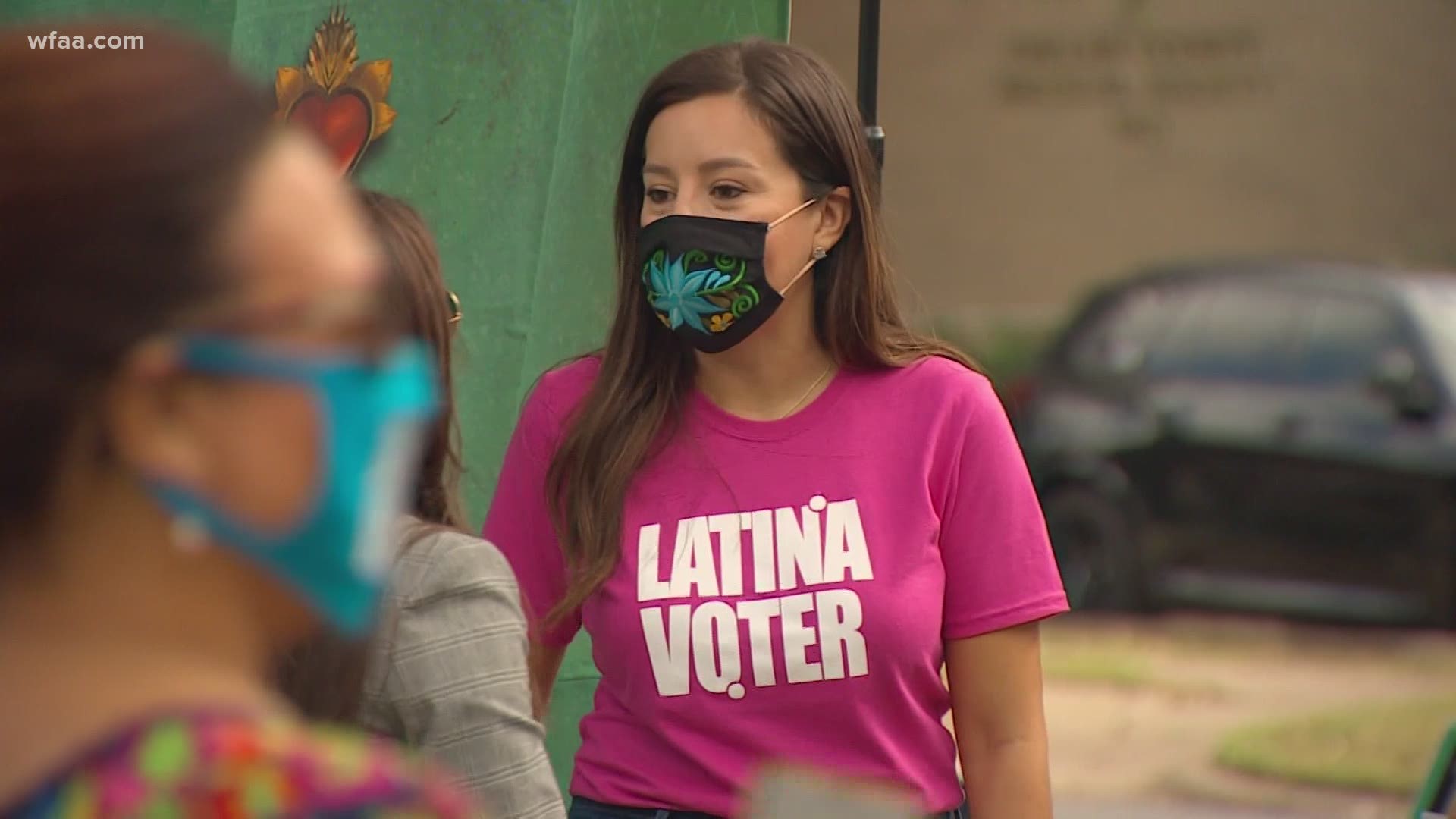 "Latinas are going to be one of the loudest voices in this election,” said Dallas County Commissioner Elba Garcia.

Dallas County Latina leaders organized a get out the vote drive this week called “Hey Chica."

Isis Rojas voted for the first time this election.

She comes from a family of immigrants, and she is the first one eligible to vote.

"They are proud knowing that my vote was going to count towards our future,” said Rojas.

So far 18 percent of all those who have early voted in Texas are Latino, but organizers of Hey Chica say that number needs to be higher.

"We are encouraged right now but we want to encourage them even more and want to push them even higher,” said voter Alex Guio.

The pandemic is driving many Latinos to the polls.

Latinos have been particularly hit hard by COVID-19. Not only is the infection rate high, but hundreds of thousands of them have lost their jobs.

RELATED: Latino voters are showing up to the polls in record numbers

A poll by the University of Houston found that 73 percent of Texas Latino voters disapprove of President Trump’s handling of the pandemic and want their voices heard.

"Women have been deciding elections for a long time but in this election I think we are going to see a high increase in Latina women voting and that's what this is about,” Garcia said.

The group says they will host more rallies until Election Day.