Political experts discuss what to expect for 87th Texas Legislature

Experts in Texas politics explained Monday how some bills may or may not make headway in this session, as well as the role COVID-19 may play. 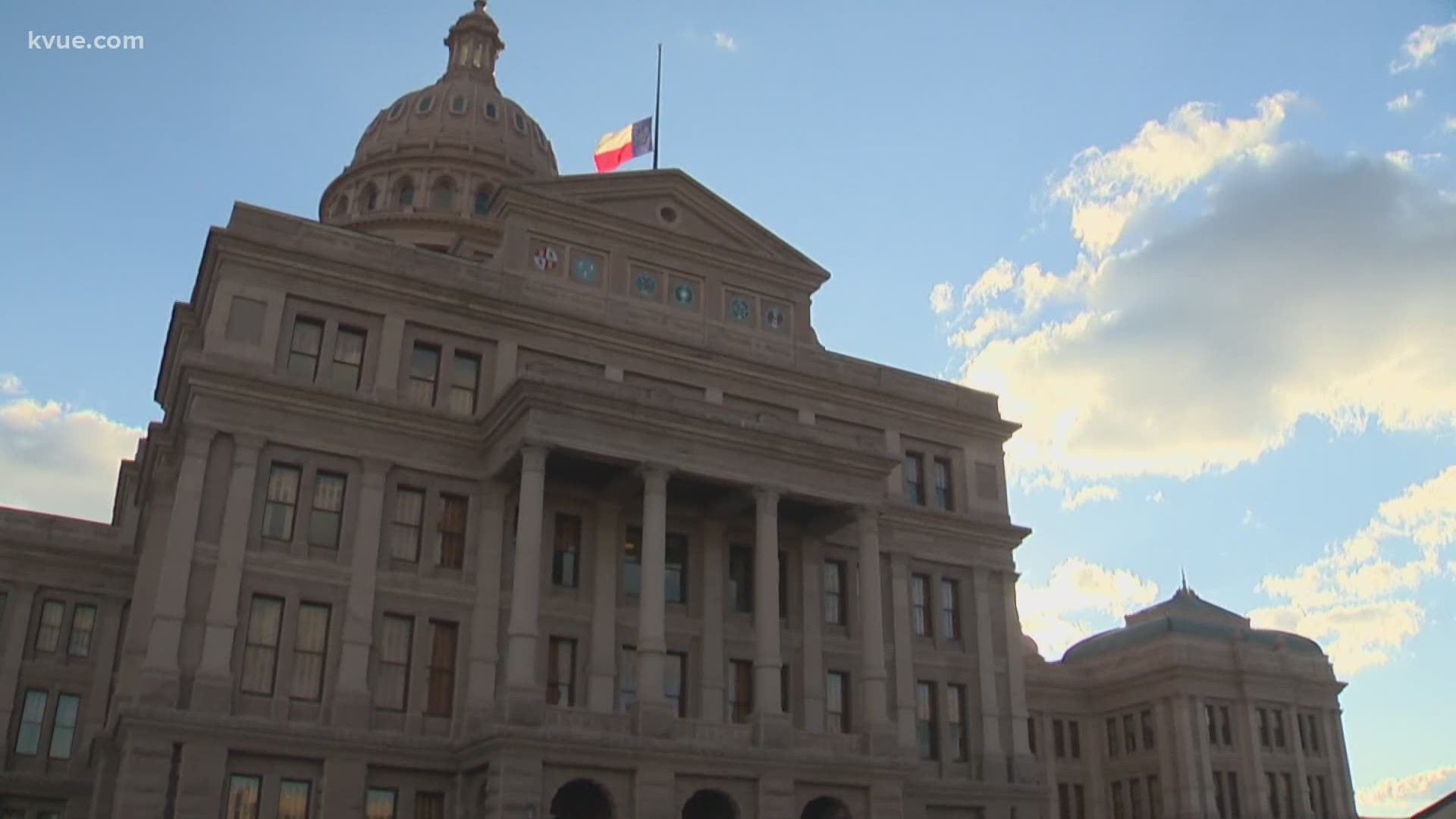 AUSTIN, Texas — The 87th Texas Legislature starts up on Tuesday, Jan. 12, and it will look a bit different due to the COVID-19 pandemic and heightened security at the Texas State Capitol.

The Capitol grounds and building recently reopened to the public after months of being closed due to the pandemic and protests during the summer.

This could prove to be an interesting session as Texas keeps an eye on how the state budget and redistricting play out.

Experts in Texas politics spoke with KVUE Monday to break down how some bills may or may not make headway in this session, as well as the role COVID-19 may play in it.

One of the things that the 87th Texas Legislature has to do is pass the state budget.

"The budget is the Rosetta Stone of the state's priorities," said James Henson, the director of the Texas Politics Project at the University of Texas at Austin.

Texas Comptroller Glenn Hegar released his biennial revenue estimate (BRE) Monday morning, which says lawmakers will have $112.5 billion to spend when the next two-year budget is drawn up during this year's legislative session.

But the pandemic played a role, causing the amount for the 2022-23 biennium to drop 0.4% from the current budget. The pandemic caused revenue collections to fall well short of what was expected when the Texas Legislature approved the 2020-21 budget.

Still, Henson explained that the budget projection isn't as big of a drop as some had originally predicted.

"Doesn't mean it's going to be easy," Henson said. "But I think a lot of legislators right now are sighing a little bit of a sigh of relief because the news was not as bad as they thought. Nonetheless, a billion dollars, still a billion dollars."

He added that he believes that the drop could make way for a "tight" session.

Ross Ramsey, the executive editor for The Texas Tribune explained that the state could have about the same amount of money for the next budget as they had for the current one, but not without an impact.

"But the state has grown, some inflation has affected it some. So, they're going to have to figure out where to cut corners and what to do in order to make things fit," Ramsey said.

How some bills could fare

Ramsey also explained that the budget shortfall could lead to an impact on how many, or which, bills get prioritized this session.

"If you're a legislator and you've got a piece of legislation that is really important to you and would cost the state money, your chances are not very good," Ramsey said. "They're going to try to fund the things that they're funding now. It's probably not going to be a lot of money for new stuff. So, those kinds of pieces of legislation could get hurt here. If you've got something that's in the current budget that was just like a pilot program or we were just trying it out, those are sometimes the first things that get cut. So, if you're looking at your list of legislation as a legislator, if it's got a dollar sign attached to it, its chances are slimmer."

Ramsey also explained that he believes legislators won't work on as many bills as they normally do.

"A lot of times, members file bills just to get on the record as being for something," he explained. "But I think that they're going to probably confine most of their work to the things that they have to do, and the only way that something like a marijuana bill or a casino bill or one of these wild cards that you've been hearing about might come up is if they decide they need those for the money that they might produce. I don't really think that's going to happen."

Henson explained that bills like the ones filed regarding marijuana law in Texas, for example, may have a hard time getting through the legislature this time around. However, he did say that there's been momentum building from some other states easing up on their marijuana laws.

"There's both kind of a cultural and an economic argument for easing up on Texas' marijuana laws that have been in play for a while," Henson said. "On the other hand, social conservatives in the Legislature are still pretty deeply opposed to marijuana legalization."

Ramsey said that there is also legislation this year that is not necessarily financial but has been part of big topics.

"There's a George Floyd bill that's been filed around racial justice and policing. I think there's going to be a lot of conversation and discussion about that," he said. "There's probably going to be some climate change legislation, I would expect the budget to take some time and I would expect the events in Washington to probably translate into some kind of conversation about the security around government buildings in Texas."

1 / 17
Daemmrich/CapitolPressPhoto/Pool
Foggy start to the morning as the sun rises over the Texas Capitol at the start of the 87th legislative session in Austin.

Security and COVID-19 safety measures at the Capitol

The Texas Department of Public Safety (DPS) sent KVUE the following statement Monday about increased security measures at the Capitol:

"The Texas Department of Public Safety (DPS) is continuously monitoring events and their impact on public safety. As a result, the department has deployed additional personnel and resources to the Texas State Capitol. While we do not discuss operational specifics, DPS will continue to adjust our operations as needed to maintain public order and address potential threats. The department remains committed to proactively protecting the people and property of Texas."

According to an internal FBI bulletin obtained by ABC News, starting this week and running through at least Inauguration Day, armed protests are being planned at all 50 state Capitols and at the U.S. Capitol.

That bulletin prompted Michigan to ban open carry of guns inside their state Capitol.

In Texas, you can carry a gun on the Capitol grounds, but can only bring it inside with the right permit or license.

Texas DPS Staff Sergeant Victor Taylor told KVUE Monday night that LTC or licensed-to-carry persons will be allowed on the Capitol grounds and inside the Capitol as the law is currently written. He added that guns can be concealed or open carry as long as they're in a holster, and individuals must carry their licenses on them.

WATCH: Here's how the 87th Texas Legislative Session bills filed so far compare to years past

'We are in an uncontrolled surge': Mayor Adler gives COVID-19 update after Austin businesses decrease capacity