'We are in an uncontrolled surge': Mayor Adler gives COVID-19 update after Austin businesses decrease capacity

Austin Mayor Steve Adler joined KVUE Monday to talk about the virus and give updates. Here's what he told KVUE's Mike Rush in a Q&A. 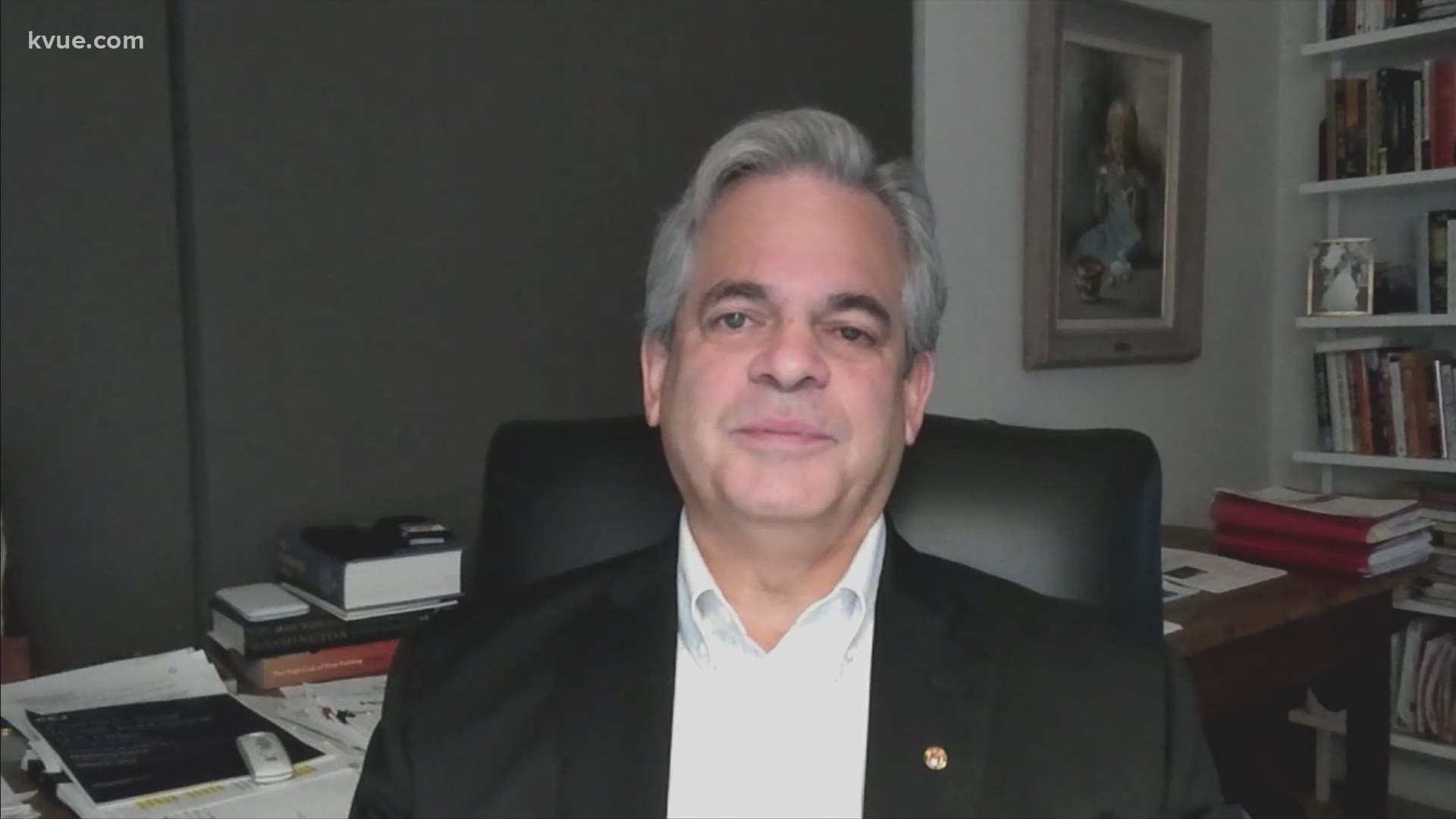 The Austin area reached its seventh consecutive day of COVID-19 patients exceeding 15% of hospital capacity on Jan. 10, which, under an executive order from Gov. Greg Abbott, triggers local businesses and retailers to roll back capacity from 75% to 50%. The City of Austin is also hoping to start a new effort to get vaccines out more quickly and to the most vulnerable people in our area.

RELATED: Austin business capacity rolls back to 50% due to rising hospital capacity

Austin Mayor Steve Adler joined KVUE Monday to talk about the virus and give updates. Here's what he told KVUE's Mike Rush in a Q&A.

Question: We're in an uncontrolled surge with the highest number of cases, hospitalizations and ICU patients in our area since the start of this pandemic. We're back locking down or scaling back the number of people they could go to restaurants and retail and things like that. Much of this is caused, people believe, because of the Christmas holidays. So, do you expect it to get even worse as we're going to see the effects of New Year celebrations?

Adler's response: I think that's what we've already begun to see with respect to the number of new cases and a number of hospitalizations. We set a record for hospitalizations yesterday and we set a record for our seven-day moving average. We set a record for ventilators. So we are in an uncontrolled surge, which is why it's critical right now that we try to turn that off by having people wear their masks whenever they're out of the house, whenever they're around people that they don't live with, social distance, avoid groups.

Question: And yesterday, as we mentioned, we did meet the threshold that scales back restaurant and retail capacities from 75% to 50%. How long do you think we'll have to be in that area?

Adler's response: You know, it all depends on what we do as a community. If people will wear masks and social distance and avoid groups, stay home more than we are, then this is something we can turn around. But it takes a week to 10 days after there's been a behavior change before we start seeing that reflected in our numbers. So we have control over how long these greater restrictions last. I think that everybody kind of relaxed a little bit. We enjoy the holidays. We were tired of the restraints. The vaccine was coming. But we have to redouble our efforts and focus on getting everybody across the line into the vaccine.

Question: You and other local leaders have been pushing the state to get more vaccines to Austin Public Health. You have argued that this current distribution plan is based on traces of what you call "a racist policy." Explain that and then give us an update on this pilot program that's coming to help combat that.

Adler's response: Well, the initial decision for distribution made by the state utilized grocery stores and pharmacies. And I can understand where that comes from because that infrastructure exists. But in a city like Austin, where grocery stores and pharmacies are located on the west side of town and we don't have as many of those located on the east side of town, that kind of distribution then geographically skews where the vaccine is. We know that the people that are most at risk, most in danger of dying, the people that we have to get the vaccine to live predominantly on the east side of town. So we asked the state, rather than using their own distribution power to get it to Austin Public Health, let us work with community care and people that work with the clinics on the east side of town. And we've indicated to them that we could probably get out more vaccine more quickly to people that are most in need, most at risk and deliver it. Where they live are the ZIP codes that are hardest hit. And we're going to get the chance to do that. This week, about 12,000 vaccine doses will come through Austin Public Health. And in a seven day period, here's a headline that is just popping up.

Question: You are pushing for individual hospital ICU data as COVID-19 cases skyrocket. Tell us about that and why that is important to get that individual data.

Adler's response: Well, you know, we need data in order to be able to model and predict what it is that's happening, as well as to monitor and make sure that we're doing as good a job as we can to stay ahead of this surge. There's only a limited number of ICU beds in the county and there's a limited number of ICU beds that we can staff. So we have to take a real close look at those numbers to make sure that if we're exceeding that number, our appeals go greater to the state to give us staffing, relief out to the community, to get doctors and physicians that are able to to help. We're standing up and alternate care facility at the convention center. That'll take the serious patients out of hospitals so, as to open up more room at this point, we're doing everything we can to save lives.

When snow falls, you create snowmen. Here are the snowmen of Austin