Malinda Goullet, 64, was in her bedroom when the car that killed her crashed into her home. 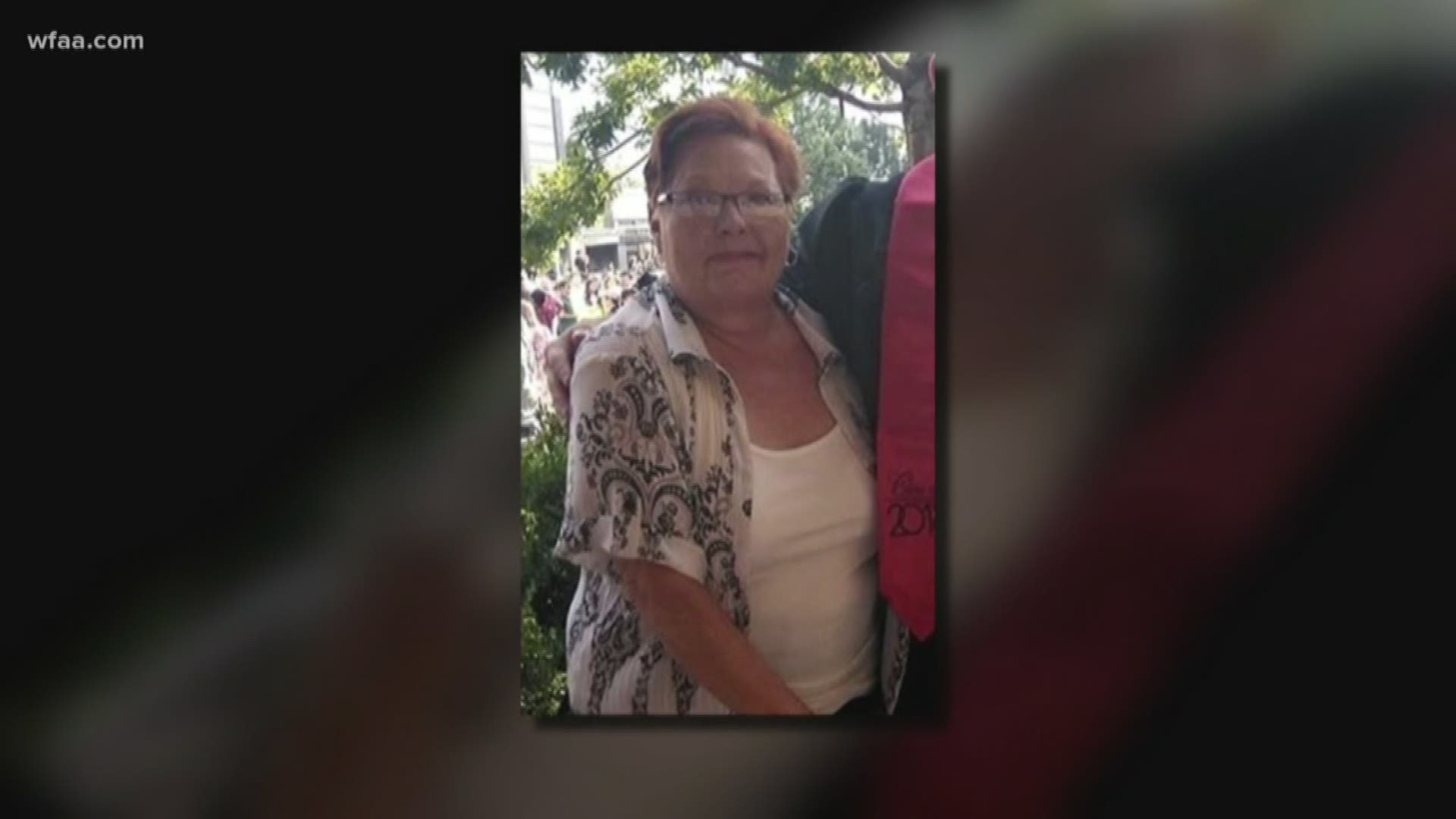 FORT WORTH, Texas — Fort Worth police are searching for a hit-and-run driver connected to an apartment crash Monday that took the life of a 64-year-old woman.

So far, detectives do not have a clear distinction of what the suspect vehicle looks like, only that it is a smaller dark-colored SUV.

The crash happened around 10:35 a.m. inside the Reserve at Centreport apartments near the 3700 block of Post Oak Boulevard.

Goullet, a Fort Worth native per her family, was inside her bedroom when the SUV came crashing through, killing her.

A grandson was also inside the apartment, but he was in another room and was not harmed.

Police on the scene originally thought that the Ford SUV might have mistakenly backed into the apartment, but investigators are now saying a hit-and-run driver is the sole cause of the crash.

RELATED: 1 killed after car drives into apartment building in Fort Worth, officials say

Per a statement released Tuesday afternoon, the Fort Worth Police Department said that a, "...suspect vehicle was reported traveling at a high rate of speed in the parking lot."

The statement continues in part reading, "This vehicle struck another vehicle, which then collided into an apartment..."

A driver inside the SUV that crashed into the home is reportedly OK.

The department added that it is now looking for a suspect vehicle that was described by witnesses as a small type "dark gray or green SUV" or a dark-colored, "PT Cruiser/Chevrolet HHR type model with front-end damage."

In the meantime, Goullet's family is now raising funds for her funeral expenses.

Goullet was a mother and grandmother of two and was lovingly called 'Nana' by her family.

If you'd like to help her family, donate to this GoFundMe set up in her honor.