On a frigid night in Dallas, one man who used to be homeless ushered people to shelter

B.B. McGowan was homeless three years ago, but he is now housed with the help of Oak Lawn United Methodist Church. 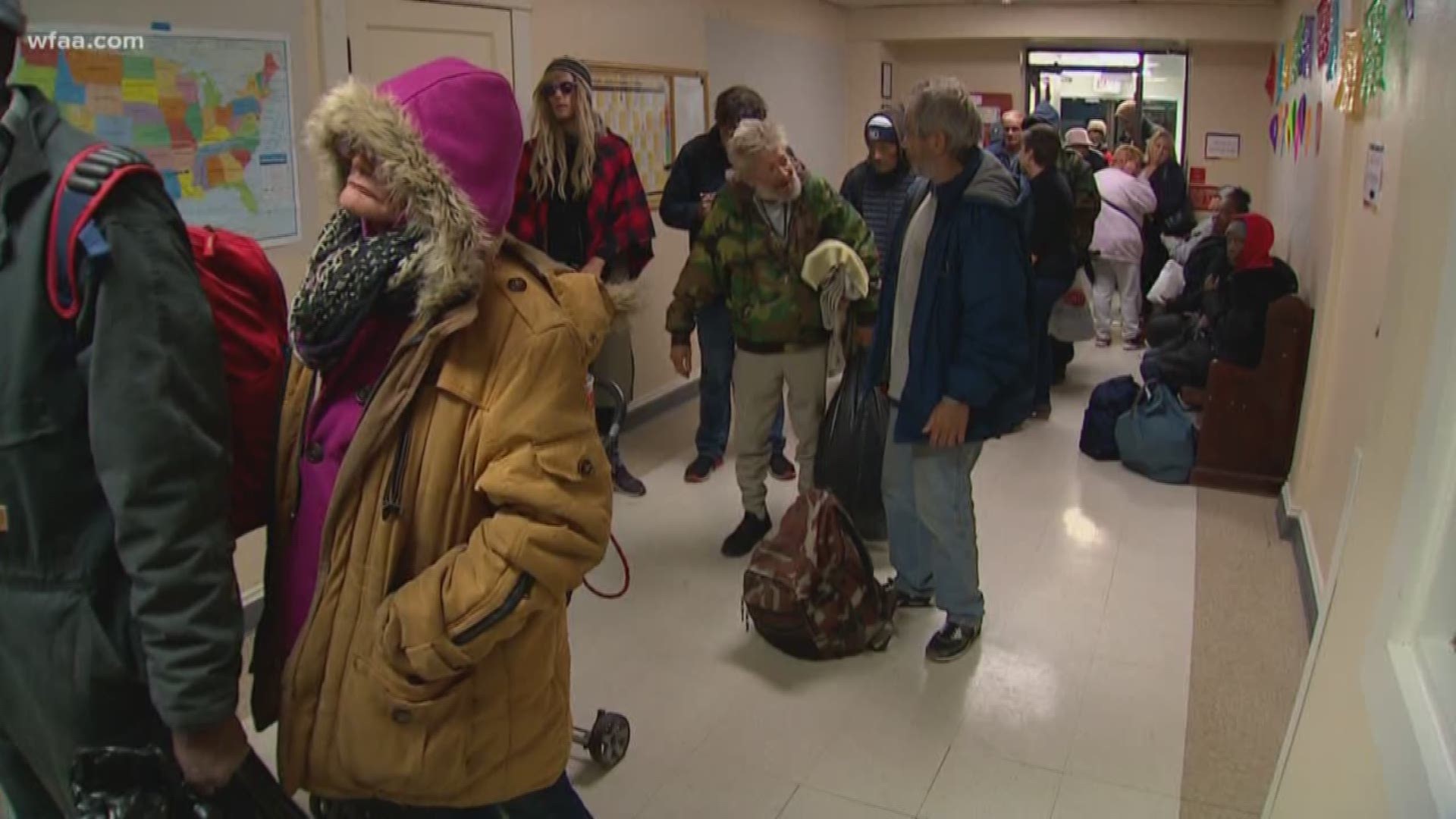 DALLAS, Texas — Monday night was harsh for many in Dallas, as the strongest cold front of the season rolled through and brought below-freezing temperatures and single-digit wind chills.

It was a move the city hasn't made before. The emergency shelter was applauded by local nonprofits and faith leaders who help homeless people on frigid nights.

Dozens were lined up to get into the convention center Monday night and at other shelters too.

Those with nowhere to go in Oak Lawn were lucky if they ran into B.B. McGowan.

McGowan used to be homeless. But he worked with Oak Lawn United Methodist Church to overcome his alcohol addiction and focus on a new life, one that now involves helping others like him.

Monday night, he drove around in a van encouraging those with nowhere to go to get in and go to the church for shelter.

"When I got sober, it was part of my heart to help, and I wanted to," McGowan said. "People fall down in this process, and the important part is getting up."

McGowan comes off as someone who has walked a mile in your shoes.

He greeted people with a smile and a helping hand.

"It gives you a whole new appreciation for life and for people. The things I took for granted, I don't take for granted anymore," McGowan said.

The Rev. Rachel Baughman of United Methodist said the next 24 hours of wintry weather should remind Dallas to think of those who have less than others.

"You can be the difference for somebody, you can let somebody know that there's a warm place to go, and you can have safety tonight," Baughman said.

McGowan said he didn't mind being that messenger.

"I used to just drive past people who were less fortunate...I don't do that anymore," he said.