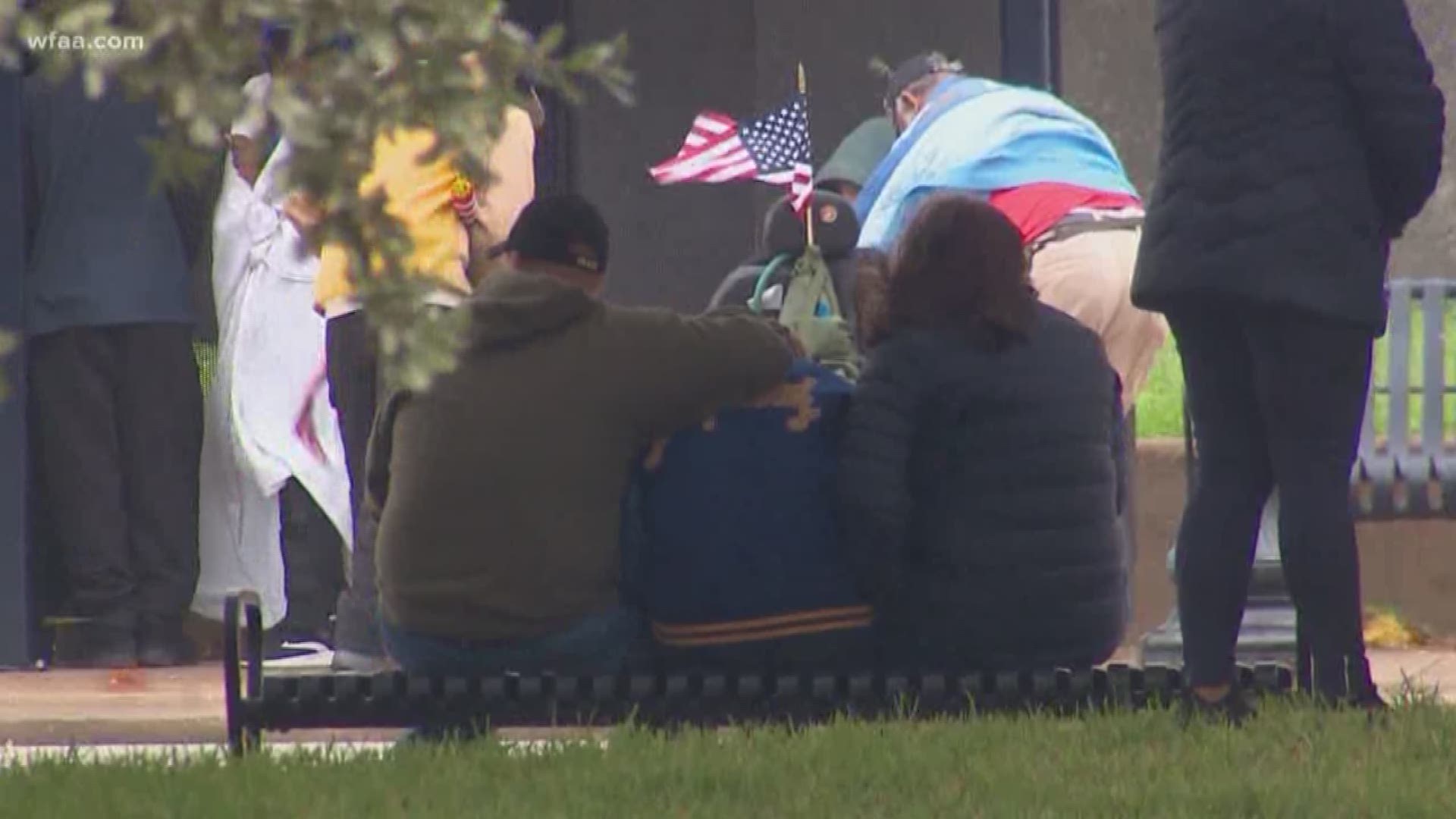 Temperatures started in the 60s Monday but plummeted by the afternoon.

City officials say the convention center will serve as an “overflow shelter.”

“We know that on any given night, there’s approximately between 1,000 and 2,000 individuals that are unsheltered,” said Monica Hardman, director of the Office of Homeless Solutions.

Hardman said homeless men and women are encouraged to go to their usual or closest shelter first. The city will communicate with other shelters, and once they are full, the convention center can welcome roughly 240 people.

“We’re just thankful that we’re actually able to help and to work with our shelter providers during his time,” Hardman said.

Hardman said the city is currently working on a long-term solution for homeless people during inclement weather.

“There’s a huge need,” Hardman said. “If you were to think about just the capacity of the system, we have approximately 2,000 emergency shelter beds.”

RELATED: How one woman went from homeless to Dallas radio star