How one woman went from homeless to Dallas radio star

When Dee Porter first started in radio she couldn't afford rent, but she refused to stop chasing her dream. Now she's sharing her life lessons in a book. 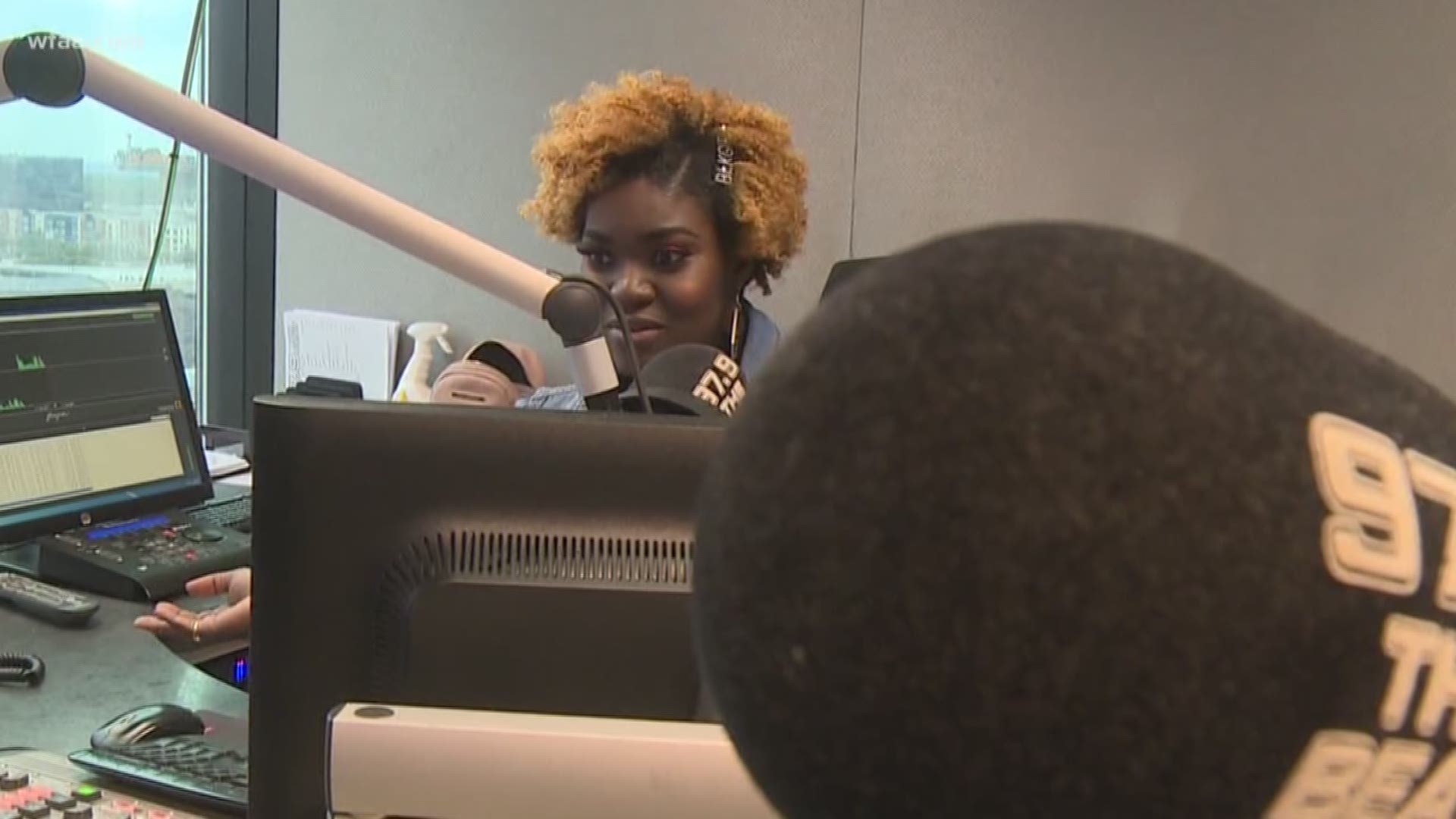 DALLAS — Dee Porter helps thousands of Dallas-area drivers get through their days and traffic as the midday host at 97.9 The Beat.

"I just think of each viewer as my friend. That's how I talk to them, it's real," Porter said.

At 33 years old, Porter's star is on the rise. She's in one of the largest media markets in the country and dreams of being on a nationally syndicated talk show.

"The drive never stops. I've always loved learning and growing and that's just how I am," Porter said.

But Porter's success didn't come without sacrifice. Last month she released her memoir, "Route 2: My Choice to Struggle to Succeed." In the book, she described her experience with homelessness.

"It really wasn't until I sat down and wrote this that I realized I was homeless," Porter said.

Eight years ago, Porter was living in Ohio struggling to find stable radio work. She got a great opportunity to work part-time in an on-air position but she had just been evicted as well.

"I couldn't afford the rent at that point. But I couldn't turn down this chance, I just knew it was meant to be," Porter said.

She would DJ at the station and host events as a public figure then go sleep in her car or an extended stay motel. She ate peanut butter and jelly for almost every meal.

"I haven't had a peanut butter and jelly in years," Porter said.

Porter looked at the difficult time as an investment in her future. She said she just had a feeling that she was destined for greatness and if she kept at it her hard work would pay off.

"I kept saying if I really want this, I will make it happen," Porter said.

That grit did pay off. Eventually she got more hours, more pay and was able to afford rent. Then in 2018, the big leagues came calling. Porter got hired at 97.9 in Dallas, the fifth-largest media market in the country.

"I never forget that time though. If I see someone outside I will give them food because I remember what it was like. I was there," Porter said.

She hopes her book will help others going through difficult times and will inspire people with big dreams.