"You ruined a lot of people's special day," Jenny Simmons said of the company. 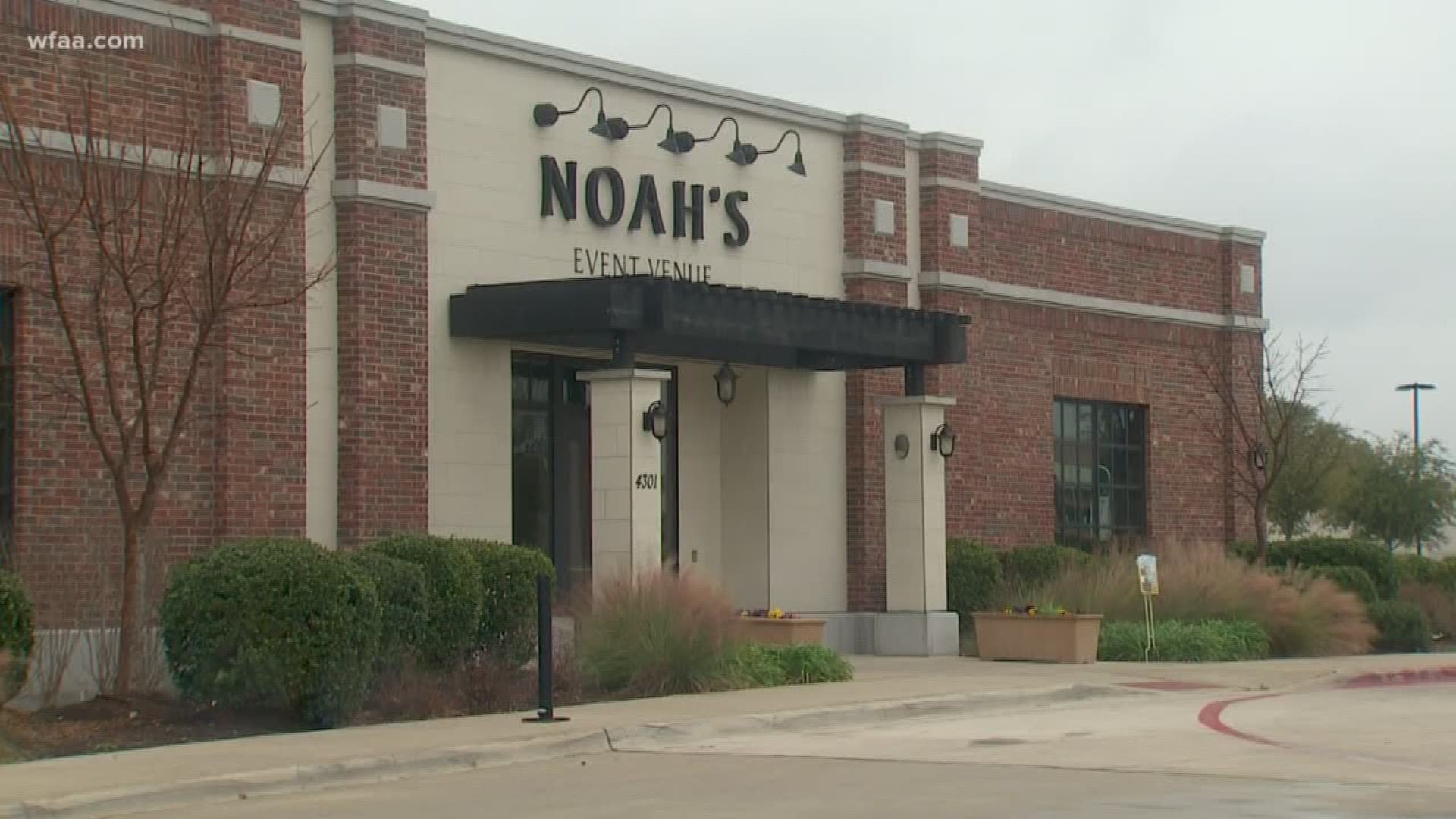 Noah's Event Venue is a national chain with more than 30 locations nationwide. Seven of those reported locations are in Texas, five of which are in North Texas.

"You ruined a lot of people's special day," Jenny Simmons said of the company. Simmons is scheduled to marry her fiancé Aaron Davis on May 30th. The couple met on a blind date early in 2019 and have been inseparable ever since.

"It was one of those — when you know, you know. It has been fast and furious since then," Simmons said.

All preparations were underway for the spring wedding date. Simmons showed WFAA her expansive Pinterest board that had glimpses of how their wedding was supposed to look.

Simmons learned Sunday evening they were stood up by the now-$53-milion-in-debt Noah's Event Venue.

The event company filed for bankruptcy last year, and a judge's order stopped all operations in the last two days.

There's a letter taped to the front door of the shuttered Fort Worth location detailing why Noah's is closed. "On February 6, 2020 the Utah Bankruptcy Court ordered Noah Corporation to cease all operations..."

The backlash on social media from affected parties has been widespread. Several Facebook groups have emerged in hopes of connecting affected families to other venues and services. The company did not respond to WFAA's specific questions about how families can recoup their money.

A statement posted to the door of the Fort Worth locations reads, "...you will be eligible to file for an administrative claim. Additionally, many building owners are willing to host events and are looking for new operators that can honor your event contracts."

Simmons, who is a middle school teacher, is now scrambling to find another venue. She is hopeful she can make it happen because she has some time. She really feels for the families who had events this week and weekend.

"It's not fair. It's not fair to the people who have weddings next weekend. I can't imagine what they're going through," she said.

If you have book an event with Noah's, you are encouraged to contact their corporate office at 801-948-2093 or email at operations@noahseventvenue.com.