'We don't wanna move': Latino business owner along Hemphill Street worries latest plans for new development will price him out 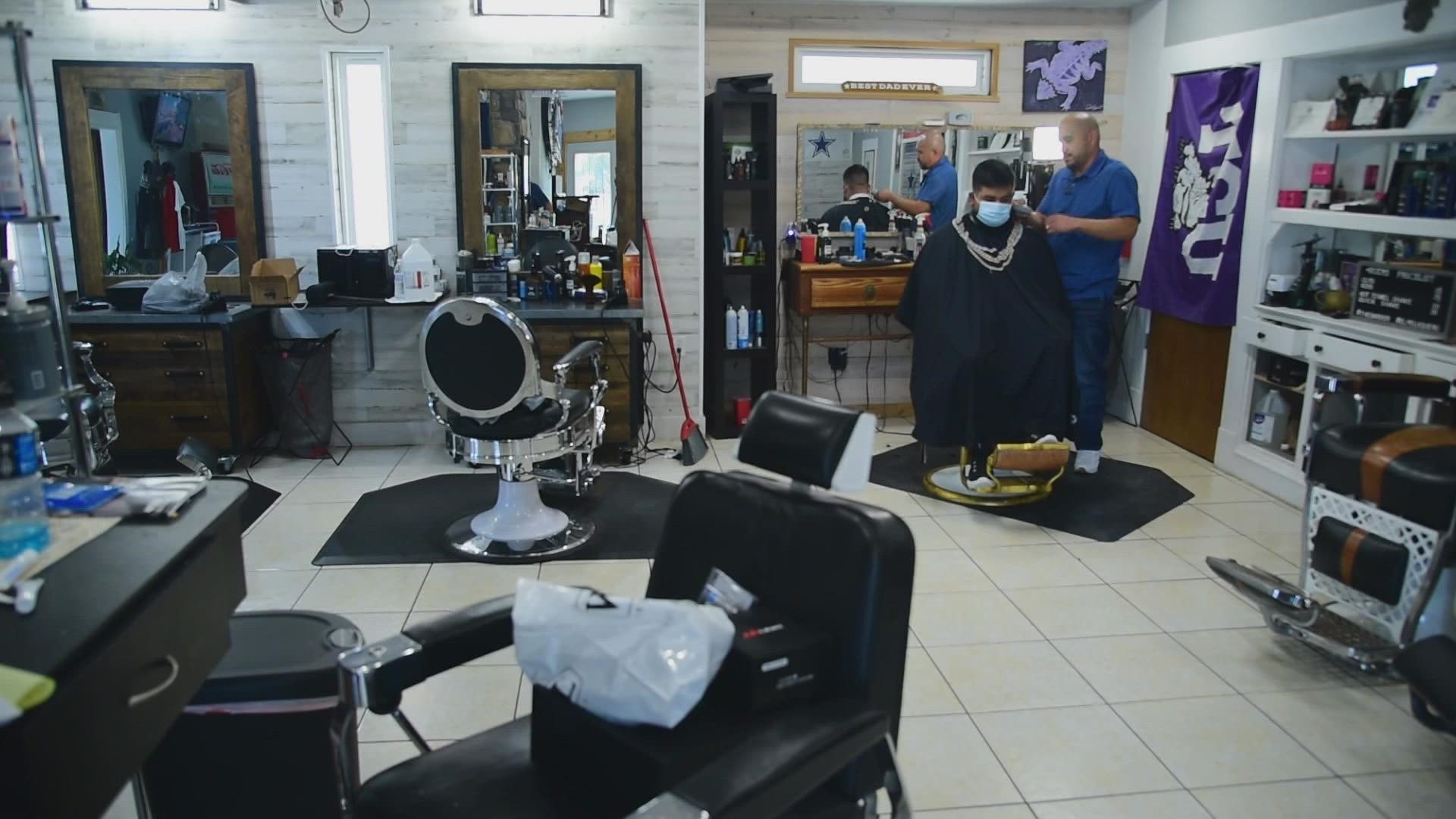 FORT WORTH, Texas — Cruise along Hemphill Street in Fort Worth and you’ll find The Barber.

It’s the business Rudy Avitias built alone from nothing. His barbershop sits along a street where growth and new development have become heavily debated. Nearly everywhere you turn, you’ll find signs that read “Forth Worth No Se Vende,” which translates to “Fort Worth is not for sale.”

Avitias, along with other business owners and residents in the area worry new development will price them out of South Hemphill Heights, a predominantly Latino neighborhood.

In 2020, the city had plans to rezone part of the Hemphill Corridor. The proposed plans were met with opposition from people in the community and the Fort Worth Star-Telegram reported city leaders eventually pulled back on those plans.

The city is considering a proposed plan to bring dense multi-family units to an 11-acre industrial stretch of land. The property is located at the southeast corner of S. Jennings Avenue and W. Biddison Street, just one block off the Hemphill Corridor.

The city’s zoning commission will discuss the new development during a meeting Wednesday. There will be an opportunity for the community to comment during a public hearing immediately afterward.

According to city documents, the proposal calls for a range of housing types and price points and would “align neighborhood assets (people, businesses, and real estate) to benefit from and support citywide economic growth.”

Bruce Fowler owns Builders Equipment and Supply Company along Hemphill Street. The back part of his business faces the plot of land where the proposed property would be built.

“I am somewhat mixed on opportunities for new things in the area,” said Fowler. He said he has “some questions as to what those new apartments will bring to the neighborhood and whether or not the local people will be able to move into there.”

Fowler worries the noise from his business could lead to complaints from future residents of the proposed units. He said he already had to relocate his business once as a result of new development. He moved to his spot on Hemphill Street following new development plans at his previous location along Main St.

“This is like deja vu all over again,” said Fowler.

This time around, he said the proposed development won’t encroach on his land.

Avitia just wants to keep doing what he loves in the neighborhood he grew up in. He hopes to one day pass his business along to his children and grandchildren.

“I have family that have lived here for generations and we don’t wanna move later on or be forced out with the development coming,” said Avitia. “We’re welcoming development, but we want the right development.

He fears one new development in his neighborhood will snowball into more.