Letitia Wilbourn's son began playing football in 6th grade. He later took his own life. Researchers say he had a brain disease caused by head injuries 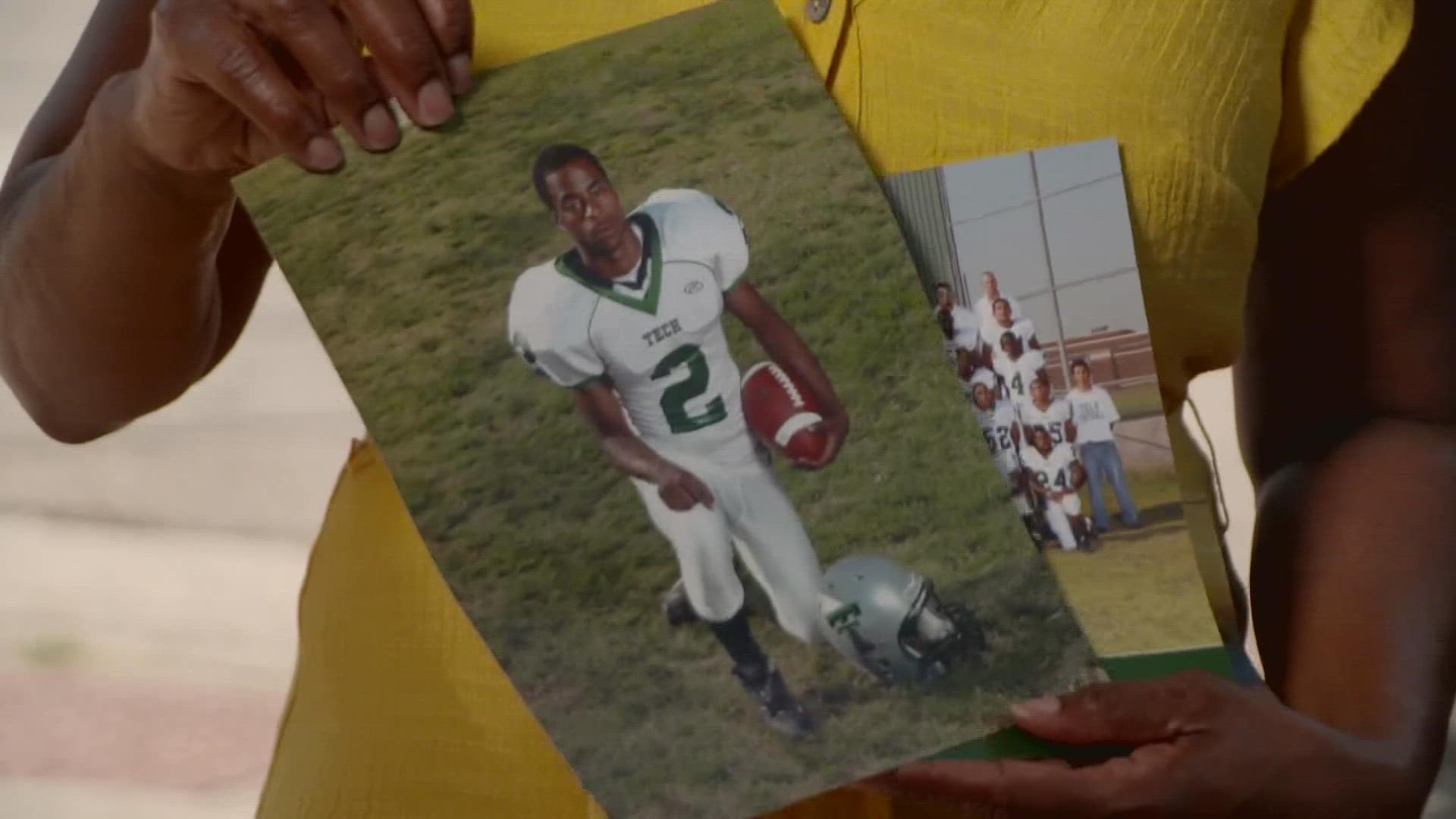 FORT WORTH, Texas — It could be argued DuQuan Myers got a late start playing football by Texas standards: he didn’t put on pads until 6th grade and played throughout high school in Fort Worth.

“He was the only boy and the baby,” his mother, Letitia Wilbourn said. “He liked to get away from his sisters to ham it up with the guys, so he really, he really enjoyed the sport of football.”

Wilbourn says her son loved football, his family and simply being around other people. He spoke multiple languages, had two degrees, and, in February of 2017, he was two months away from graduating from Texas State with a degree in criminal justice when he took his own life at 26 years old.

“I think when I got the call, I drove from Fort Worth to Waco in 30 minutes and I had to stop myself,” Wilbourn said. “It was so painful for me to think that maybe I missed something.”

Chris Nowinski, Ph.D., is a former college football player and co-founder of the Concussion Legacy Foundation which has studied more than 1,000 brains of athletes and veterans and found CTE in two-thirds of them. It can cause anxiety, depression and cognitive issues.

“This is not rare, and this is really destroying the lives of really great people,” Nowinski said. “The more hits you get, the more likely we are to see CTE in your brain when you pass away.”

Myers is one of 16 cases the foundation has discovered who never played football past high school.

Understanding the risk of tackle football

Nowinski’s group just partnered with Pro Football Hall of Famer Brett Favre to encourage parents to keep kids out of tackle football until they’re at least 14. Nowinski points out children who start playing football as early as 6 could have hits compared to NFL-length careers by the time they finish high school.

“We have to be very aggressive in trying to minimize how many thousands of hits to the head you allow your child to get,” Nowinski said. “You’re putting a found pound helmet on your 50-pound child. Those collisions are literally tearing neurons.”

Favre, in an interview with TODAY on NBC said, "I don't know what normal feels like. Do I have CTE? I really don't know," he said. "Concussions are a very, very serious thing and we're just scraping the surface of how severe they are."

“If you wouldn’t hit your child in the head 379 times, don’t let anybody else do it either,” he said.

DuQuan Myers was like any young kid in Texas.

“When your kid would get hurt in a game, they would just say shake it off and put them back in the game,” Wilbourn said. “I think it should be the parent’s choice on if the child goes back into the game or not.”

High-profile CTE cases like Aaron Hernandez and Junior Seau may get headlines, but advocates for change like Nowinski and Wilbourn want more families to understand the risks football can cause.