The court said the mandate went against Gov. Abbott's executive order, which prohibited mask mandates from government entities, including schools. 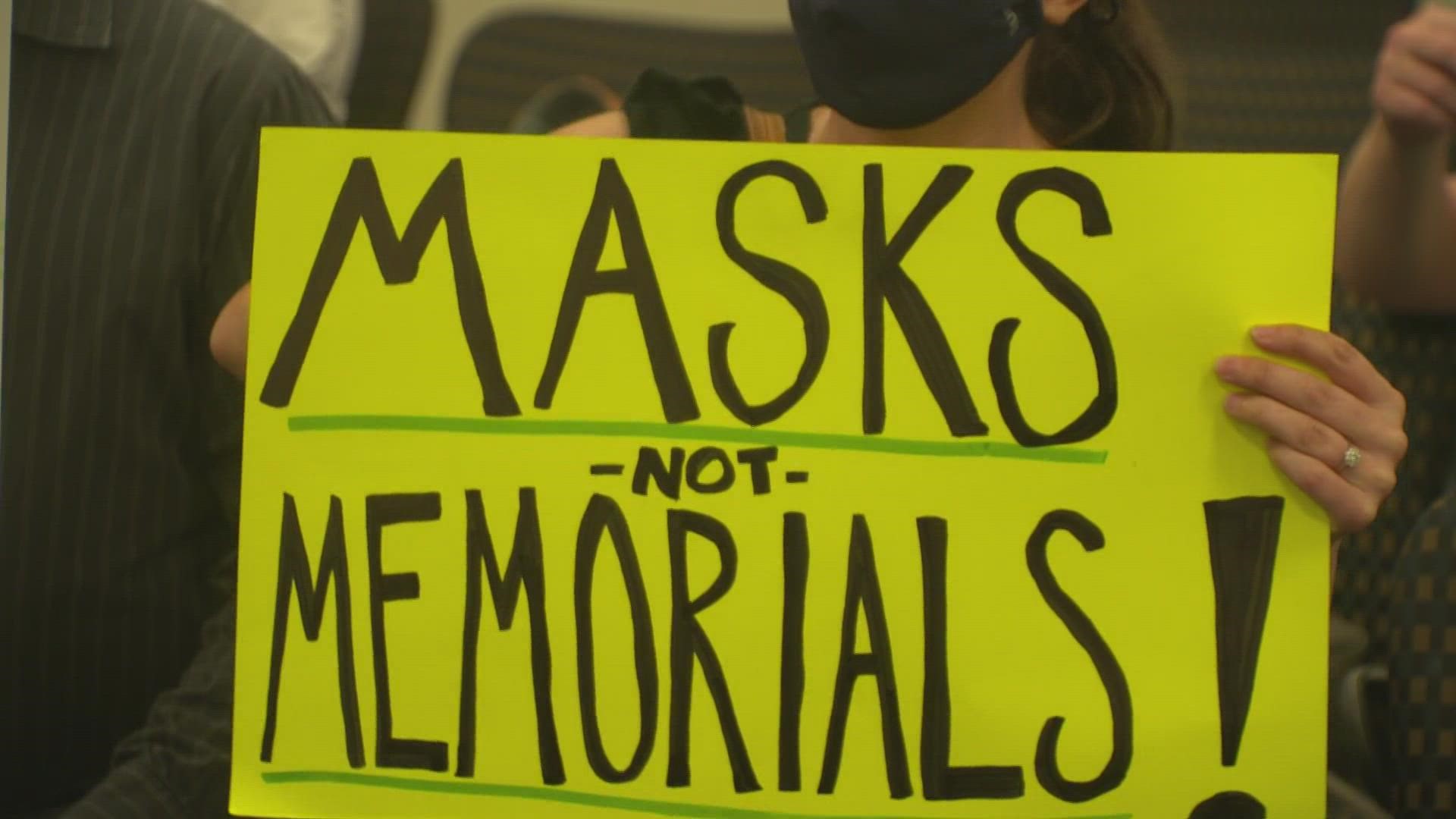 A district court has ruled that Fort Worth ISD cannot mandate masks and issued a temporary injunction Friday. The ruling said that the district's face-covering rule was "made without authority and is in contrary to and in violation" of Gov. Greg Abbott's ban on face mask mandates.

Fort Worth ISD issued a statement, saying that the Board of Education directed the district to implement a district-wide face mask

The Fort Worth ISD board voted 8-0 on Aug. 26 to require masks for all students and staff in schools, but only once they can do so legally.

"We are monitoring the legal proceedings in this matter and relying on the advice of our attorneys," the district said in a statement. "We will continue to update our Fort Worth ISD community of any changes regarding a mask mandate."

Jennifer Treger is among four parents in Fort Worth ISD who sought to stop the school district from requiring masks. She said it should be up to parents.

"We believe Tuesday’s announcement regarding masks for students, employees, and visitors to our campuses was the right thing to do," the district said in a statement following the ruling. "However, we will certainly honor today’s court order blocking the mask requirement. Nevertheless, FWISD strongly recommends that all students, parents, employees and visitors, please, consider the importance of wearing a face mask while we are still in the midst of the pandemic and COVID cases remain high."

Fort Worth ISD announced the mask requirement during a board meeting.

About 20 people spoke at the school board meeting, all in support of a mask mandate. Scribner also said he received a letter from 120 Cook Children's physicians who shared their concerns about students going without masks

Fort Worth ISD was just one of many larger districts across the state that went against Abbott's executive order and ban on mask requirements.