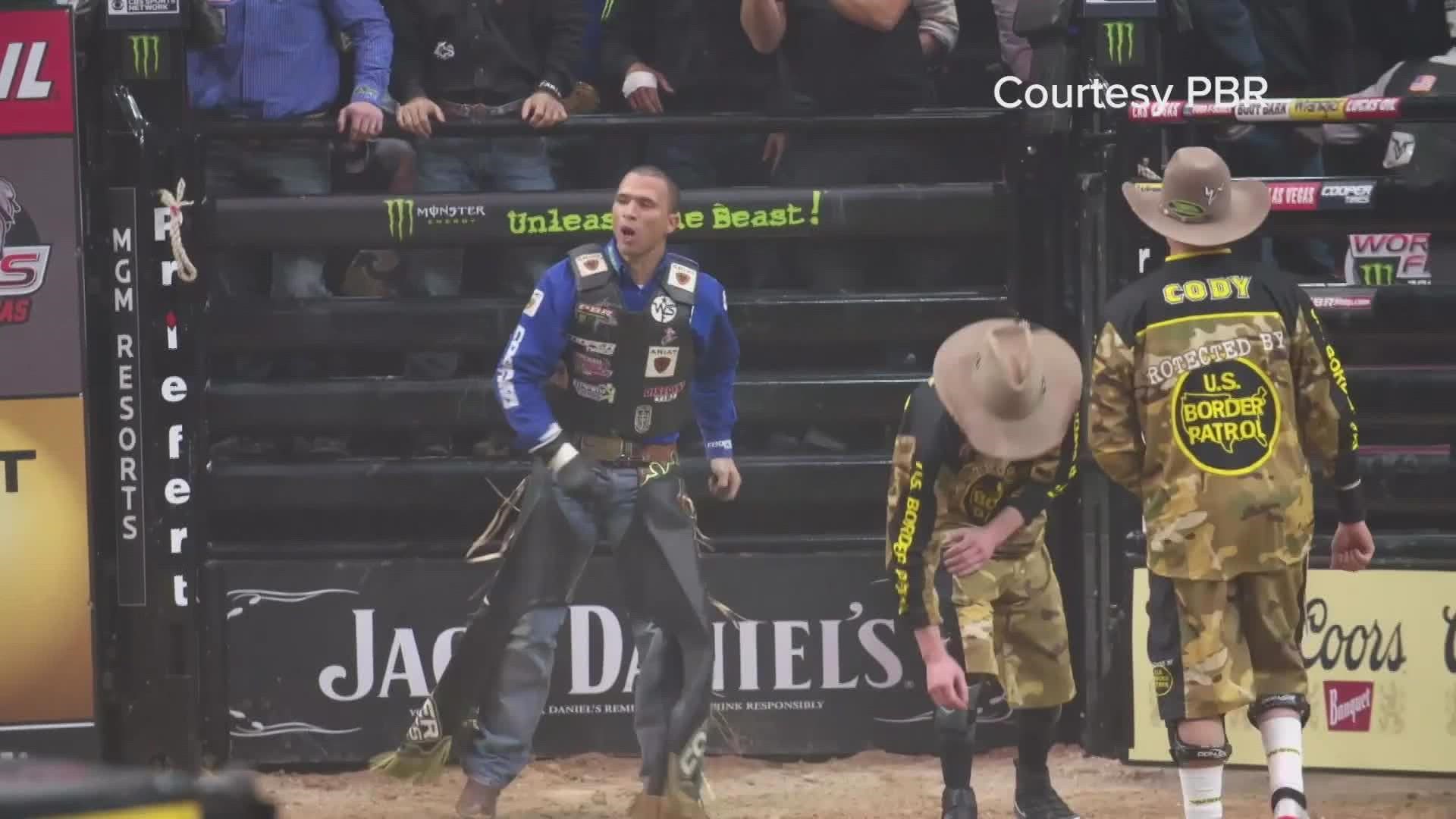 DALLAS — Yup, that's no bull. The premier event for bull riding fans is coming to Cowtown!

The Professional Bull Riders organization on Tuesday announced it will be moving its World Finals event from Las Vegas to Dickies Arena in Fort Worth starting in 2022.

The move comes as part of a "comprehensive schedule restructure" for the finals, according to the organization.

The PBR's 2022 regular season will take place between January and May before finishing with the finals event in Fort Worth from May 13 through May 22, spanning two weekends.

The changes will happen after the 2021 PBR World Finals in Las Vegas from Nov. 3 through Nov. 7, according to officials.

"This has been an incredible team effort with PBR, Governor Abbott, our Fort Worth Sports Commission and so many others,” Fort Worth Mayor Mattie Parker said. “Fort Worth is the gold standard for public-private partnerships and we are marshaling all our resources to roll out the red carpet for the PBR World Finals."

“We were excited to host the 2020 PBR World Finals in Texas, and we are proud to now welcome the most intense bull riding competition with the most engaged fans back to the Lone Star State in the 2022 season," said Gov. Greg Abbott. "Fort Worth is the Modern West, and there is no better place for the PBR World Finals to call their new long-term home. I congratulate the PBR, the City of Fort Worth, and Mayor Mattie Parker on this world champion partnership that will showcase Texas as the premier sports-entertainment destination, spur continuing tourism and travel, and bring new jobs to Fort Worth and beyond."

The World Finals in Fort Worth will also include events for fans at Cowtown Coliseum, the Fort Worth Convention Center and the Will Rogers Complex, as well as the PBR Bar at Texas Live! in Arlington.

“These landmark changes give the PBR season greater continuity and allow the league to hold our crown jewel, the World Finals, in the heart of cowboy country surrounded by exciting fan entertainment activities,” said PBR CEO and Commissioner Sean Gleason.

The PBR World Finals had been held in Las Vegas since 1994. They were temporarily moved to AT&T Stadium in Arlington in 2020 due to COVID-19 restrictions in Nevada.