'I won't be able to pay': Latino business owners, residents say Fort Worth development plans will drive them out

Fort Worth is planning a new development in a predominantly Latino neighborhood on Hemphill Street. 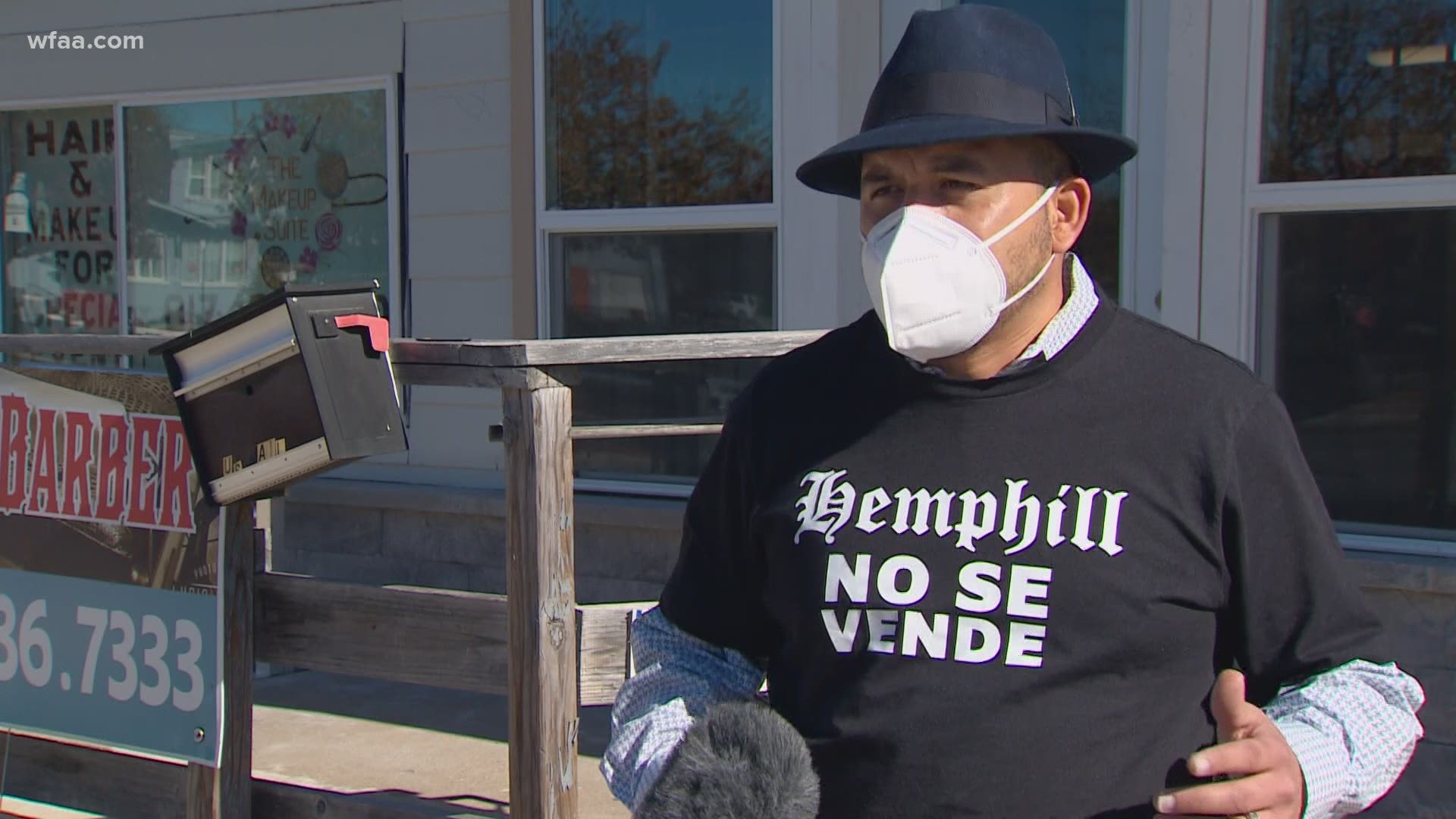 Rudy Avitia owns a barbershop on Hemphill Street in Fort Worth. He worries the city's development plans could drive him out.

"They want to rezone the whole corridor without actually getting input from owners,” said Avitia.

The city wants to rezone part of the Hemphill Corridor for mixed use. That means a new commercial and residential property combined.

Hemphill Corridor has been home to a predominantly Hispanic population for decades. Now residents fear they will be priced out of their homes and businesses, and the area will be gentrified.

"We feel that with that development people are going to come into our neighborhoods and buy out everybody and disperse the Hispanic community that has been here for generations,” said Avitia.

The city told WFAA the plan is part of a revitalization project to help the community and not gentrification, which replaces lower income homes with higher income homes.

The City of Fort Worth issued a statement, saying "while gentrification may occur during revitalization, efforts to improve a neighborhoods physical, commercial, and social components should not cease.... but addressed through community planning process."

Avitia doesn't buy it and said developers are already trying to buy residents out. He's seen Latinos pushed out of neighborhoods before.

"I'm afraid there will be higher taxes and eventually I won't be able to pay,” said Avitia.

The city says the Hispanic community is important and they will listen to their concerns, but the zoning commission’s plans are already well underway.

A meeting was held Thursday afternoon in an effort to address residents concerns.