2 weeks after its planned demolition, the 'Leaning Tower of Dallas' is no more 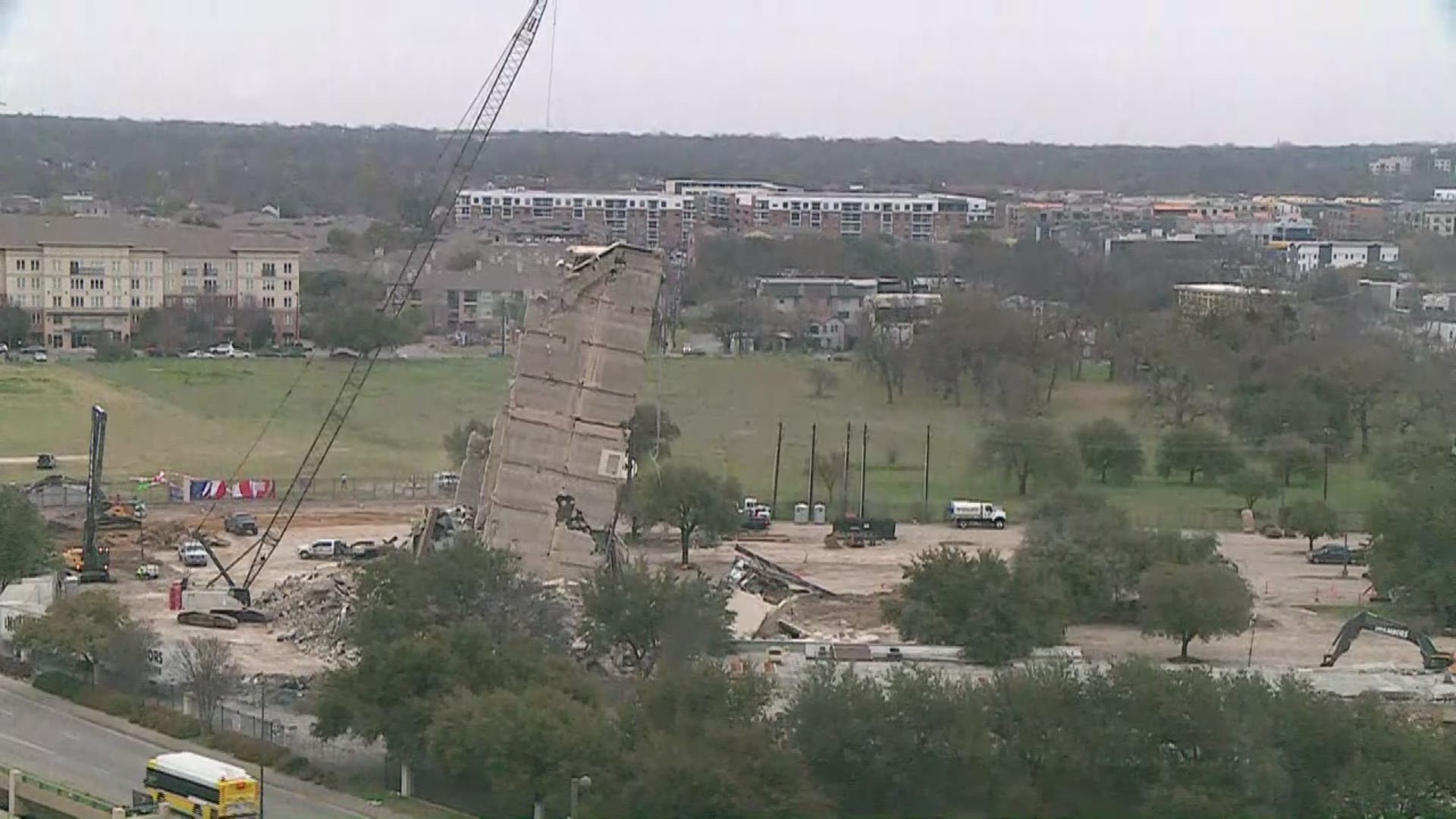 It finally happened. After 15 days of construction setbacks and demolition efforts to take down one very resilient core shaft, the crumbling building residents dubbed the "Leaning Tower of Dallas" came tumbling down at 3:18 p.m. Monday.

The former Affiliated Computer Services building was scheduled to be demolished by Lloyd D. Nabors Demolition, LLC on Feb. 16 to make way for The Central, a $2.5 billion development made up of residential, hotel, restaurant, entertainment and retail space that will take up 5-million-square-feet.

It didn't work — at least, not entirely.

An implosion failed to bring down the core shaft of the 11-story building, which was designed in 1971 by Datum Engineers in Dallas back when the building was the original Southland Corporation Office Tower.

RELATED: Engineer who helped design 'Leaning Tower of Dallas' building explains why it's so hard to tear down

After the failed demolition, the resilient monument became something of a landmark to Dallasites. #LeaningTowerofDallas became a trending hashtag on social media as thousands of people flocked to the site to snap pictures. A petition was even started to save the tower, and a memorial website, Rememberthetower.com, was created in advance of the tower's eventual demolition.

RELATED: Dallasites flock to 'Leaning Tower of Dallas' to get photos before Monday demolition

"Though not very dramatic or speedy, it is a safe approach to bringing down the remaining elevator and stairwell shaft. Safety is even more important this week, given the strong gusty winds," engineer Stan Caldwell told WFAA Feb. 24. He's not affiliated with this demolition, but he has worked in the structural engineering field for nearly 50 years.

On Monday, demolition crews started working on the tower around 8 a.m. After several hits with a wrecking ball, the tower crumbled slowly, then fell all at once at 3:18 p.m. In a statement released Monday, Nabors Demolition said it brought the tower down within the confines of the job site and the destruction didn't impact any pedestrians or any of the surrounding buildings.

"Although we will miss witnessing the camaraderie encouraged by the Leaning Tower of Dallas, we look forward to turning the site at 2828 North Haskell Avenue over to De La Vega Development as they begin bringing The Central to life,” the statement concludes.

"We have thoroughly enjoyed witnessing the spirit and support that the citizens of Dallas have expressed for the Leaning Tower of Dallas," the statement reads in part. "Their energy and enthusiasm will not be forgotten, and we plan to work with local artisans to commemorate this meaningful moment in The Central's history.”

On Monday, Dallas funeral home Hughes Family Tribute Center posted an obituary for the tower on its Facebook page:

"Like the spark that ignited its fame, the flaming passion and unwavering heart of the Leaning Tower of Dallas came to a smoldering ember...It's [sic] 15 days of existence inspired many to stay strong when others try to knock you down. May its legacy never be forgotten."

Watch a YouTube livestream here to see the minute it came down: