“I’ll tell you this. I’ve been to the Berlin Wall and this is better," Josh Robertson said Sunday. 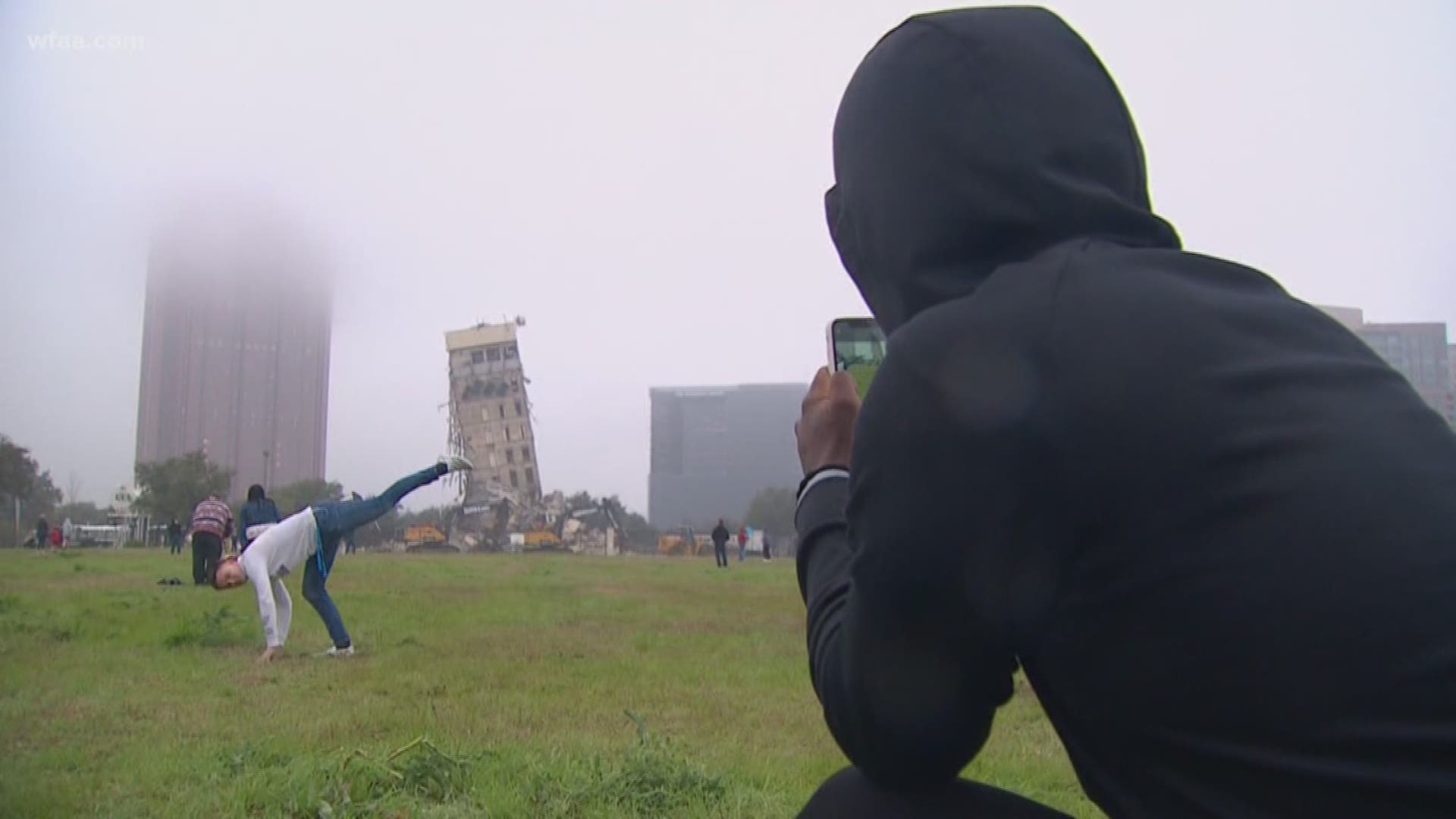 DALLAS — The now-viral local sensation fittingly named "The Leaning Tower of Dallas" is scheduled to be brought down Monday, according to officials.

Last Sunday morning, an 11-story tower at 2828 North Haskell Avenue was supposed to be demolished, but the building did not entirely collapse.

A core shaft was left standing after an initial implosion that contained the elevator and stairwells.

Residents flocked to the scene to take creative pictures with Dallas's version of Italy's Leaning Tower of Pisa. An online petition was also created to save the structure.

But Friday, the demolition company involved, Lloyd D. Nabors Demolition, LLC, announced it secured a crane to remove the remainder of the tower between 9 a.m. and 12 p.m. on Monday.

So Sunday afternoon hundreds took to the area to get a few final pictures of the leaning tower.

“This is like actually being one of the people that were at the 1994 Nirvana concert at Trees [in Deep Ellum]. Everybody says they were there, but I’m actually out here in the rain,” Josh Robertson said. “I’ll tell you this. I’ve been to the Berlin Wall and this is better.”

Fort Worth police even made an appearance in Dallas.

“We don’t have anything like this in Fort Worth. We have gotten permission to come down and see the party in Dallas,” Fort Worth police officer Buddy Calzada said. “We saw Dallas police and you can’t have something like this and not have Fort Worth invited.”

Once the tower goes down, work will begin on The Central, a five million-square-foot, $2.5 billion development made up of residential, hotel, entertainment and retail space and restaurants.