The slow de-construction of the tower left after a partially successful implosion is scheduled to resume on Thursday. 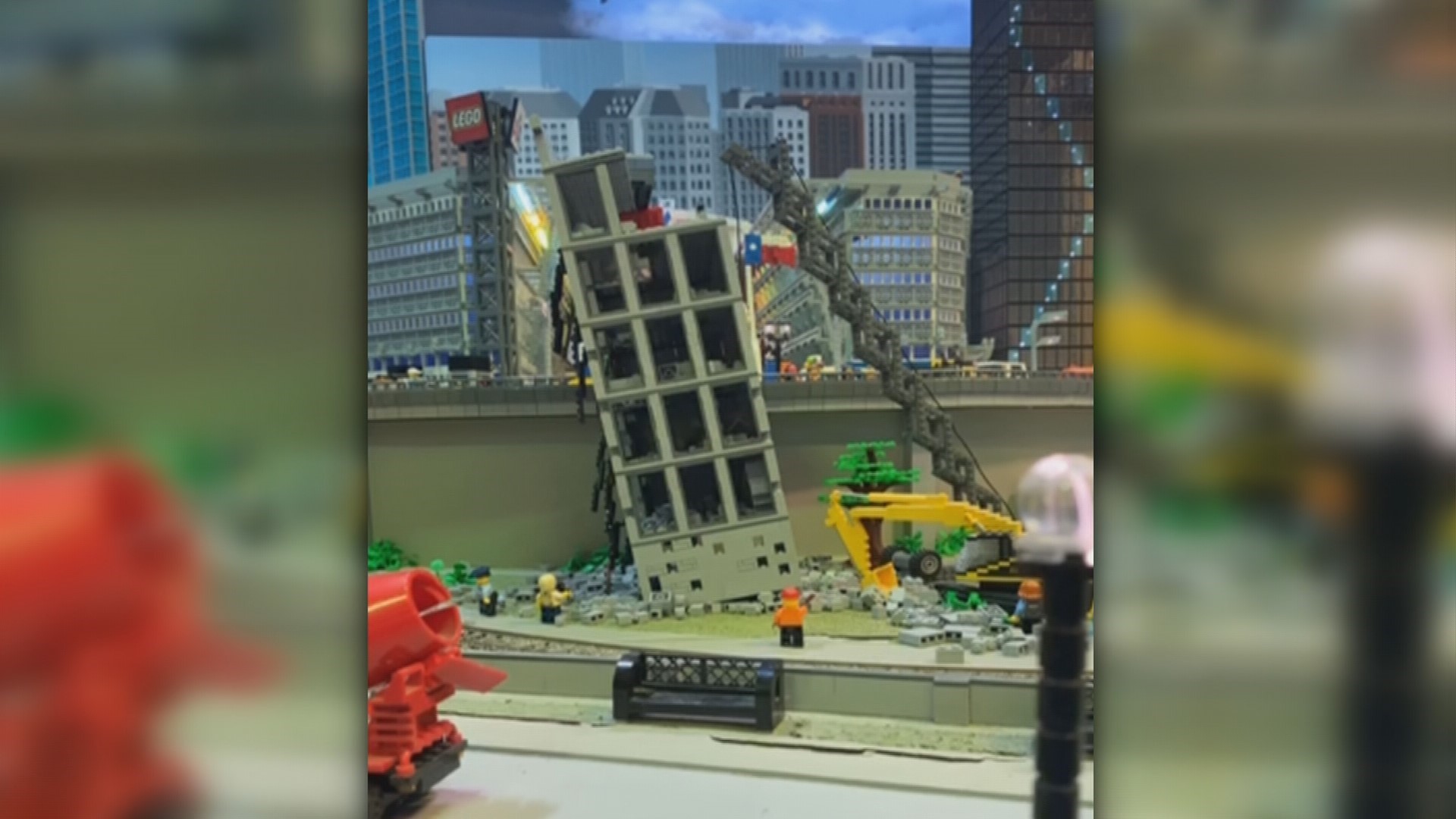 DALLAS — High winds on Wednesday grounded the wrecking ball that was slowly dismantling what is left of the "Leaning Tower of Dallas."

With wind gusts as high as 20 miles an hour, even a 5,600-pound wrecking ball can't be swung and targeted safely, a spokesperson for Lloyd D. Nabors Demolition confirmed Wednesday.

That was disappointing news for Trixie Tincher and her husband Johnny, who were among the continuing steady flow of Leaning Tower tourists who wanted to see the slow de-construction in action.

"It's better than some of the other reasons [Dallas has] made the national news," Tincher said. "It's a laugh a minute."

But it is clearly no laughing matter for the demolition and development companies involved, losing money on one more lost day. Workers on Wednesday were limited to using heavy equipment to clean debris from the ground around the tower.

But if you are one of the two artists who have set up camp near the tower, there are some benefits to the delay. There's more time to make a leaning tower painting and sell their version of this leaning still life.

"This would be day number eight," Jerrell Sustaita said as he worked on painting number 20, hanging them on a chain-link fence near the site and offering them for sale. "Everybody loves to see an implosion happen. and when it doesn't happen it was like a good sequel to watch."

But on Wednesday the only place where you could see that sequel in action, or at least an approximation thereof, was at Legoland Discovery Center in Grapevine where their downtown Dallas model now has its own leaning tower with its own Lego crane and Lego wrecking ball carefully chipping away.