The group Texas Right to Life says the toddler is completely awake, taking occupational therapy, and being weaned off pain medication. 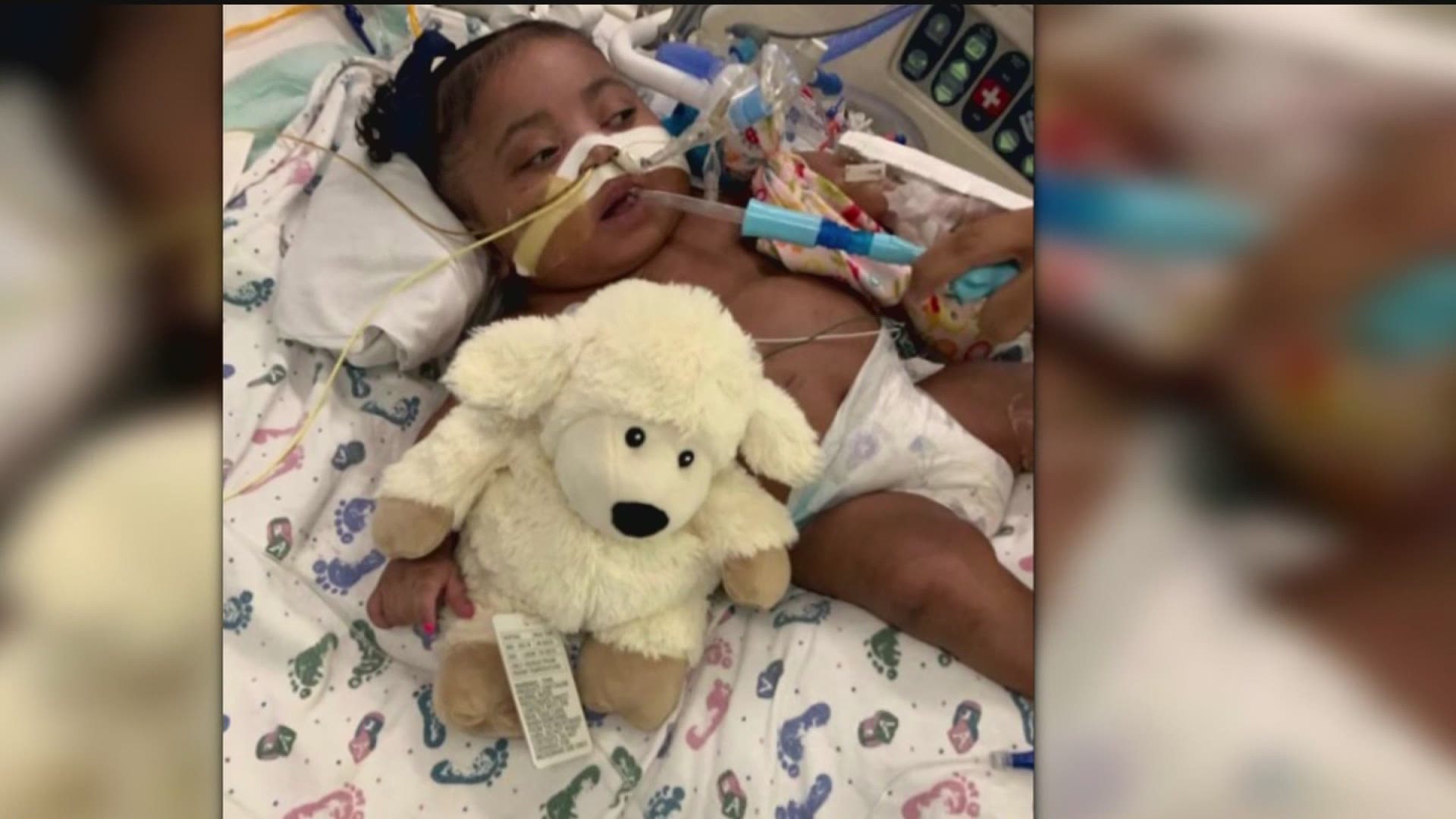 FORT WORTH, Texas — Updated on May 11 with a response from Texas Health and Human Services.

Trinity Lewis, the mother of Tinslee Lewis is disputing claims that her 2-year-old daughter's condition has not improved and is asking for more time before the case goes to trial.

Tinslee has been hospitalized at Cook Children’s Medical Center since her birth in February 2019. She was born with grave lung and heart problems.

According to the documents, Lewis' lawyers do seek to move the case forward but want it to be "tried correctly." They are requesting the trial to happen in January 2022, rather than Cook's request of July 2021.

"The schedule has insufficient time to prepare proper and complete responses, have them heard, and decided," the filing says.

“[Tinslee’s] doctors have consistently told Trinity that she is doing better than they expected. And [Tinslee] has improved,” the motion from the Lewis’ lawyers said.

According to Texas Right to Life, Trinity said that the hospital sits Tinslee “up in a wheelchair most days.” She is not stiff, no longer nasally intubated, and has been weaned off paralytics.

Cook Children’s Medical Center filed an appeal on April 16 asking the 48th District Court of Fort Worth to quickly schedule a new trial date to decide whether Tinslee should be removed from life support.

In an appeal filed last month, the Fort Worth Hospital said that Texas has spent $24 million in Medicaid to help keep Tinslee alive.

Credit: Courtesy
Texas Right to Life shared this new photo of 2-year-old Tinslee Lewis on May 7, 2021.

Cook Children's said the case has never been about money and that it has never considered finances when making an end-of-life decision. But according to the motion, the State of Texas, through its manager of a Medicaid care program, is now threatening to interject the issue into this dispute.

"As would be expected in light of the extreme efforts that have been required to keep T.L. alive since birth, Cook Children’s and its physicians have incurred more than $24 million in billable charges for T.L.’s medical care through 2020," court documents said.

In court documents provided by Texas Right to Life, Trinity's attorney Emily Cook disputes the claim that Texas Medicaid is conducting an investigation and is planning to intervene in Tinslee's case.

WFAA reached out to Texas Medicaid and Cook Children's for comment about this dispute.

A spokesperson for the Texas Health and Human Services Commission said HHSC has not tried to intervene in the lawsuit. Cook Children's has not responded.

Trinity has also disputed Cook's claims that the cost of Tinslee's care has never mattered, saying that the Fort Worth hospital based its motion to expedite on the cost of her care.

"Cook discussed the cost of her care as if it does matter. Cook’s action speaks louder than its words – which are outdated and unsupported by recent evidence. T.L.’s doctors have consistently told Trinity that she is doing better than they expected. And T.L. has improved," the most recent court documents state.

The hospital has requested to end care since November of 2019.

In 2019, Cook Children’s Medical Center determined that their efforts to help Tinslee were only causing the baby more suffering and pain, and they told the family they’d be removing life-sustaining treatment in 10 days in accordance with state law.

That law was signed in 1999 and allows hospitals to stop giving care, even at a patient's or loved one's objection if a hospital ethics committee votes to do so.