Fitzgerald sat down with WFAA for a wide-ranging interview on the high-profile incidents in the department, his 13-year-old son's health and why he wants to stay in Fort Worth for the rest of his career. 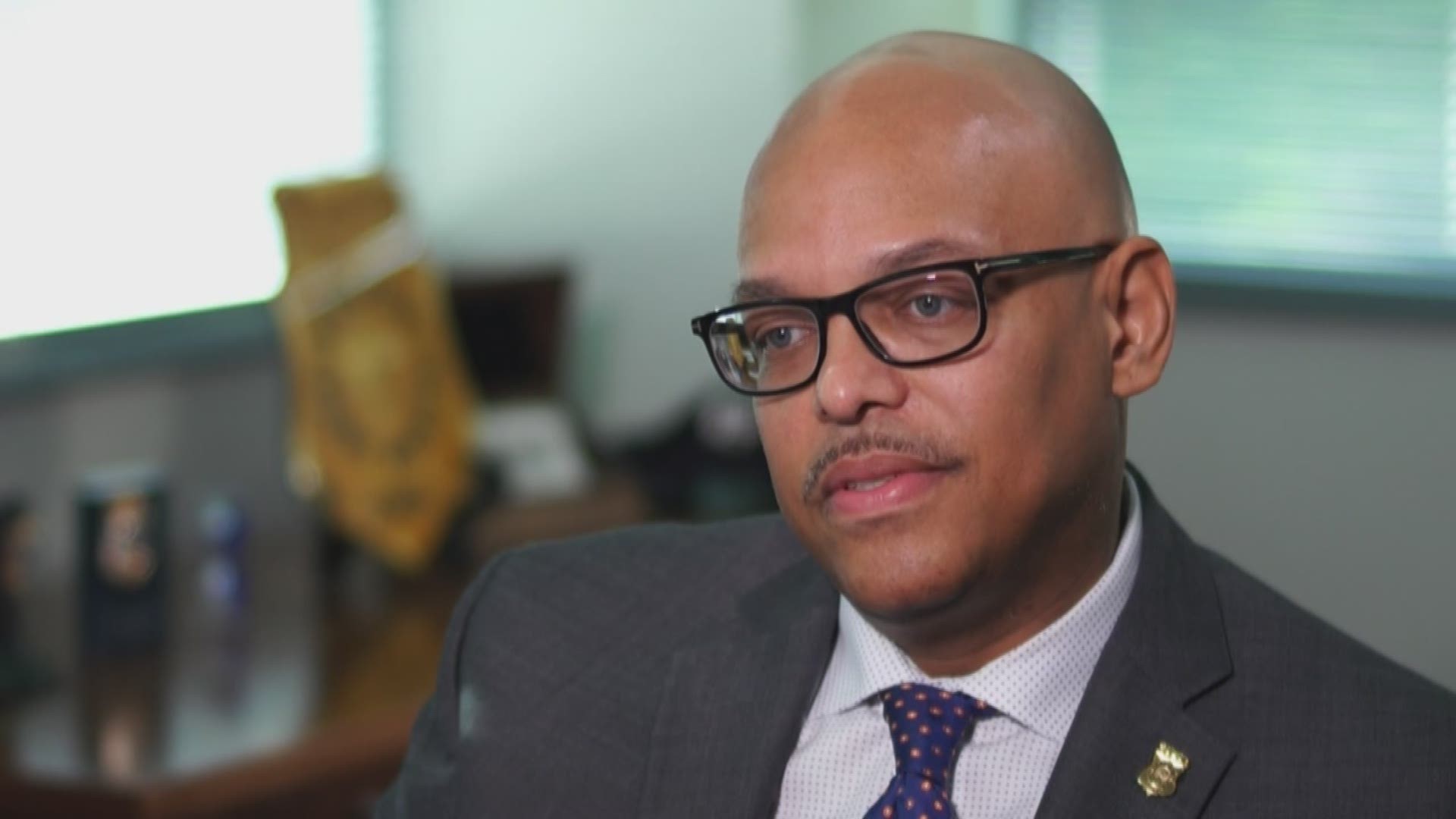 More than two years later, Fort Worth Police Chief Joel Fitzgerald admits that his department "dropped the ball...big time" on certain aspects of the Jacqueline Craig case, the viral incident from December 2016 when a woman who called the police ended up getting arrested.

"I'll tell you, in many ways I think that we let Jackie Craig down," Fitzgerald told WFAA in a recent wide-ranging interview, his first one-on-one sit-down since taking the Fort Worth job in 2015.

Fitzgerald's tenure has been marked by high-profile moments: There was the Craig incident, which sparked protests and led to claims of racism against the department.

The officer involved, William Martin, was suspended 10 days, a punishment seen as too light by some and too heavy by others.

Also in the fallout, Fitzgerald demoted two of his assistant chiefs, accusing them of leaking Martin's bodycam video and personnel documents to the media.

Around the same time, in 2017, Fitzgerald received overwhelmingly negative marks in a survey of 465 police officers.

Then, late last year, Fitzgerald's name surfaced as the likely candidate for the police commissioner job in Baltimore.

Multiple sources told WFAA that Fitzgerald was leaving for the Baltimore job, but he announced in January that he withdrew his name from consideration to focus on the health of his 13-year-old son, who was diagnosed with a benign brain tumor.

Now, Fitzgerald said he's committed to Fort Worth, hoping to "stay here for the rest of my career."

That's partly why he agreed to sit down with WFAA's Cynthia Izaguirre for a lengthy interview.

"I want people to see me," Fitzgerald said.

(Click the link if viewing on the mobile app)

Here are the highlights from Fitzgerald's interview:

On the Jacqueline Craig incident:

"She was a mother reacting to the fact that she heard that her child had been choked and we have to remember that people are going to be emotional. We deal with emotions all of the time, and we can't let emotions get ahead of ourselves."

On the claims that Fort Worth police have unfairly targeted African Americans and issues with diversity in the department:

"I agree we're underrepresented in certain areas in this department but in those areas again I want to reinforce those aren't areas where you just place people. Those are areas that are tested positions and positions we have to make sure that folks are applying for."

On whether there's a morale issue in the department:

"I feel like I'll back up people who do things the right way. I feel like if we are treating people with dignity and respect you will have my non ending support."

On his son's treatment for a benign brain tumor:

"You worry each time somebody goes inside of the brain whether your child is going to be the same person. Is he going to recognize you? Is he going to have some type of physical or mental or emotional development disability and thank God, he's been just great. He's my hero."

On his decision to reverse course on the Baltimore position:

"I'd like to stay here for the rest of my career. I made the mistake already of entertaining something else. I'm happy here. I just want the same commitment that I'm willing to give."