If figures just released from a new survey by the Fort Worth Police Officer's Association are any indication, Chief Joel Fitzgerald doesn't have much support from the rank and file in his own department. 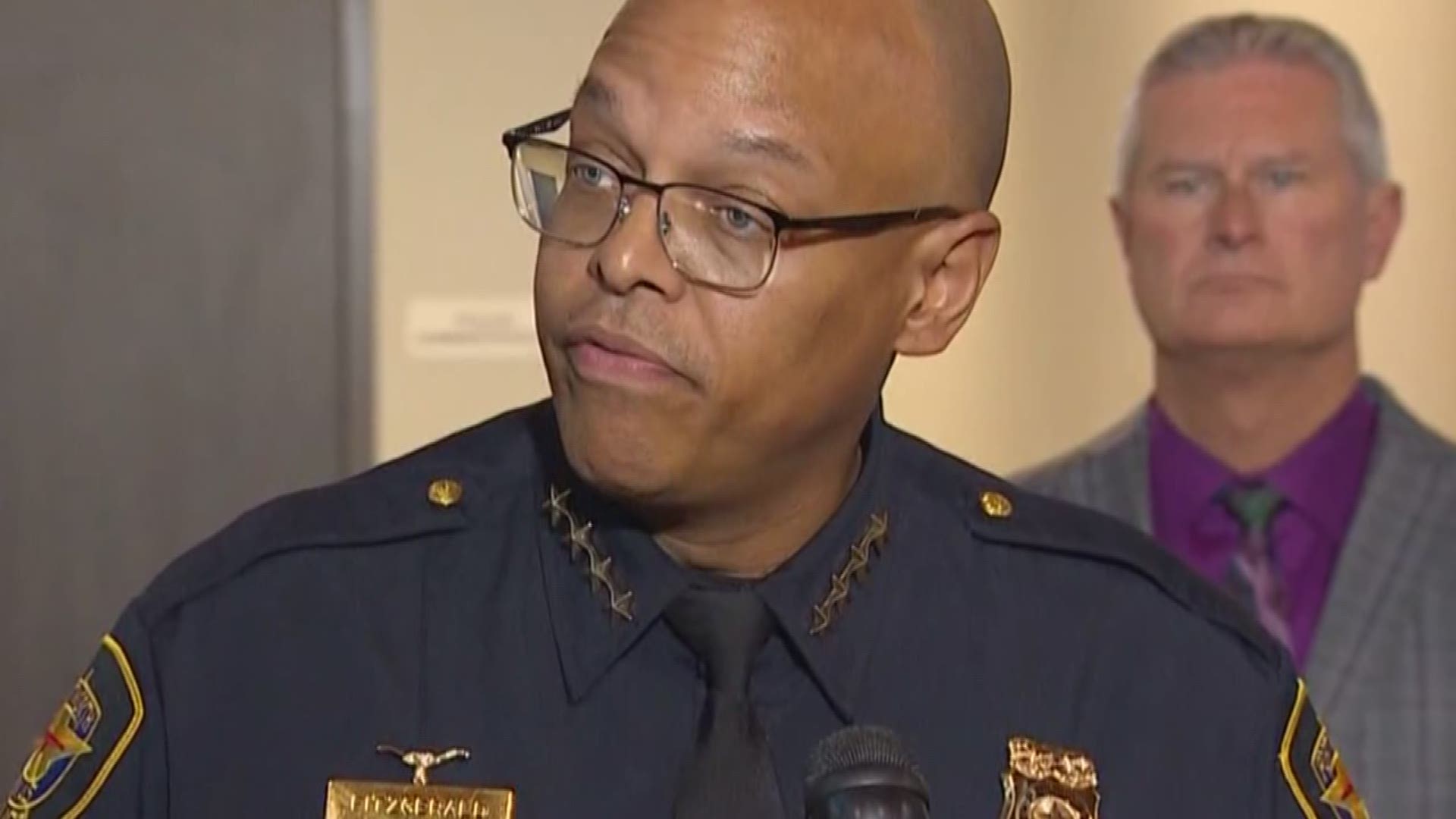 FORT WORTH -- If figures just released from a new survey by the Fort Worth Police Officer's Association are any indication, Chief Joel Fitzgerald doesn't have much support from the rank and file in his own department.

From questions about confidence in leadership style to his handling of "high profile critical incidents," the chief receives overwhelmingly negative marks from the survey's 465 respondents.

Houten stopped short of calling for the chief's dismissal, but said he would support that decision if city higher-ups consider it.

He said his relationship with Fitzgerald is "stressful," and pointed to most of the survey's questions and responses as indication that a majority of his organization's men and women feel similar.

"That's the test of any true chief, right? Is how you handle the high-profile, hard-to-handle, situations," said Van Houten.

The city's first African-American chief, and the city itself, came under intense scrutiny early this year with fallout from the controversial arrest of Jacqueline Craig and her daughters, after they had called police to report a man had struck their son and brother.

The chief's handling of the situation, along with the dismissal of Officer Courtney Johnson when his 2015 criminal case ended in a mistrial, are just two examples that hurt the chief's standing internally, according to sources.

Indeed, one of the survey question's simply asks how department morale is now compared to when Fitzgerald took over two years ago. Almost 84 percent of respondents said it's worse.

Another question specifically asks if officers are disciplined by the same standards, "...irrespective of race, rank or seniority." More than 84 percent replied 'No.'

The chief issued a strong statement on Monday afternoon:

"I have more questions about the timing and the tactics than I do about the content of this POA-styled ‘survey’ because of the unscientific nature of the questions and the low participation rate. In addition, the results dramatically contradict the professional all-employee survey from 2016. Nevertheless, I stand ready to meet with the POA so we can identify and resolve membership concerns."

Ultimately, any decision on Fitzgerald's future will be determined by the city manager's office.

Mayor Betsy Price released a statement of her own on Monday. It reads:

"I'm aware of the FWPOA survey, but will reserve my opinion about the results. I have full confidence in our city manager, David Cooke, and assistant city manager, Valerie Washington to address any issues within the police department and across any department within the city. I acknowledge there may be internal struggles within the police department, as there are within any organization with over 1,600 employees. I am committed to working with Chief Fitzgerald, our city manager and all labor groups to ensure we are supporting our police officers and remain one of the safest big cities in the nation."

"It’s difficult to understand the timing behind this survey or why a news conference was called today, especially since the Race and Culture Task Force is meeting in an all-day session to help build community relationships and partnerships. Communication starts with conversation, especially on a complex topic like employee morale. That’s a vital issue to everyone here at the City of Fort Worth. We do employee surveys every year to get feedback and believe it is important. I support Chief Fitzgerald and his team; he’s cultivating a department that approaches problems differently and one that embraces best practices and attitudes for a service-oriented and community-focused department to meet the needs of all our citizens. I am hopeful the association will find ways to encourage the new direction and mission for the department."

About half of the respondents work in patrol, according to the survey's data.

The department has more than 1,600 personnel.