The Fort Worth Police officer seen in a viral video of a controversial arrest has been suspended 10 days without pay, sources confirmed to News 8. 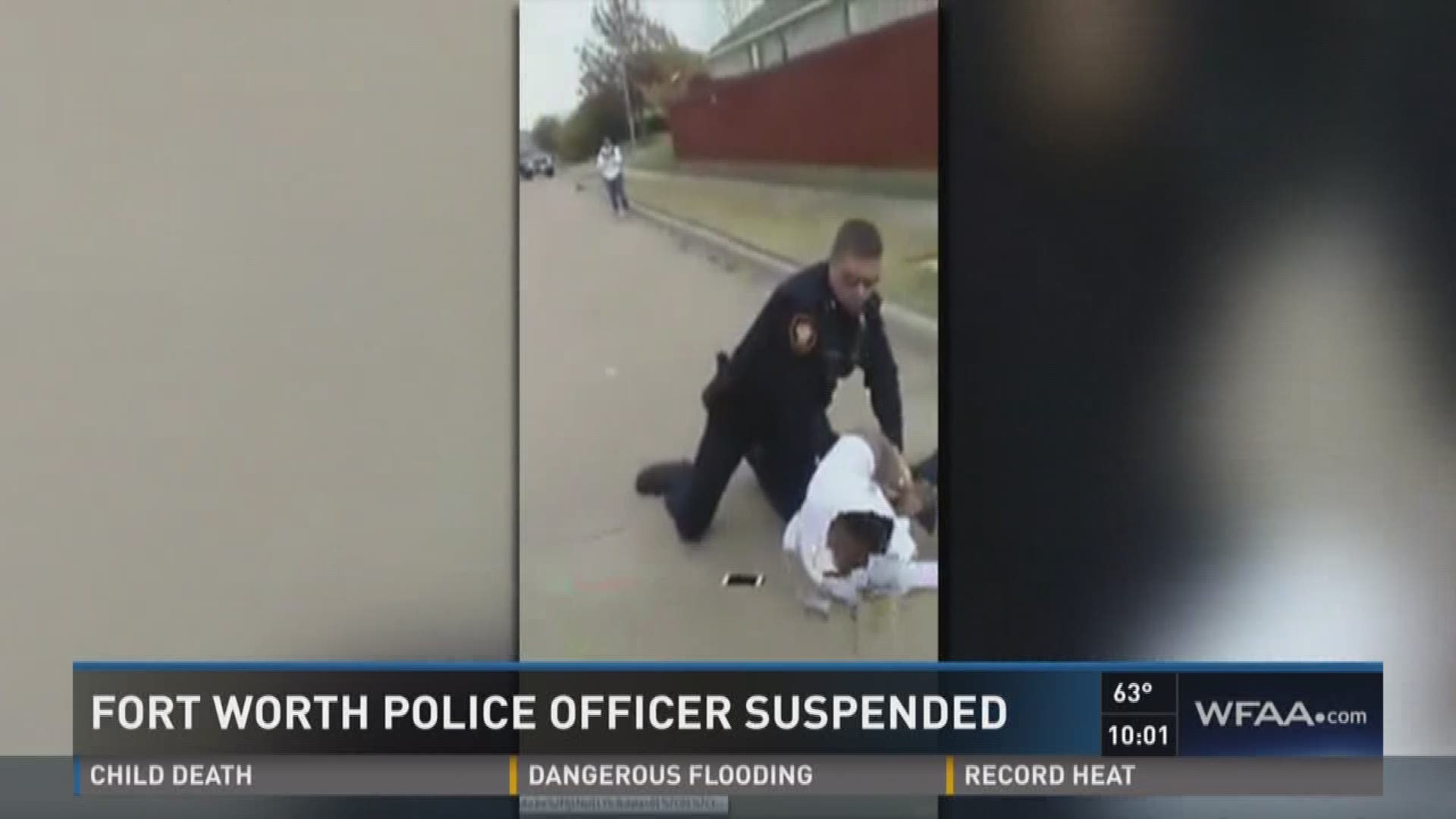 The Fort Worth police officer seen in a viral video of a controversial arrest has been suspended for 10 days without pay, the department announced on Monday.

In December, Jacqueline Craig called police to report a neighbor had choked her son. Officer William Martin is seen questioning Craig's parenting. That's when the situation became physical, and she and her two daughters were arrested.

This suspension is without pay. The decision came today. #WFAA https://t.co/9m023MIll1

Video of the incident sparked outrage throughout the community.

In a press conference Monday afternoon, Fort Worth Police Chief Joel Fitzgerald called the punishment "significant." He spoke with Officer Martin in a pre-disciplinary hearing that began Friday and ended Monday morning.

"Officer Martin was contrite, he's ready to get back to work, he is very sorry for what has transpired, but I challenged him as I've challenged many," Fitzgerald said. "And that was to get back into the neighborhood and to re-establish some of the relationships we feel were damaged by what we saw on that video."

Mayor Betsy Price said Martin has gone through "due diligence" and asked citizens to view the 10-day suspension without pay as his "serving time" for the offense.

"Our citizens can support that, because they would want due process if they were in the same spot," she said.

"Officer Martin has appealed his 10 day suspension. Clearly, we do not agree with the findings contained in the Chief's disciplinary letter. We look forward to a fair, neutral, and impartial hearing process, free from political pressure and influence, one where Officer Martin will finally have a "voice" and all of the evidence will be considered by the arbitrator."

He had been placed on "restricted duty status" while an internal investigation was conducted.

On Monday evening, about 30 black community advocates gathered outside of City Hall to protest the officer's punishment.

Lee Merritt, the Craig family attorney, said the family was devastated by the decision to not fire Martin.

The District Attorney's Office is reviewing the investigation, and will decide if any potential criminal charges will be filed. Charges against the Craig family could also be dropped during that process.