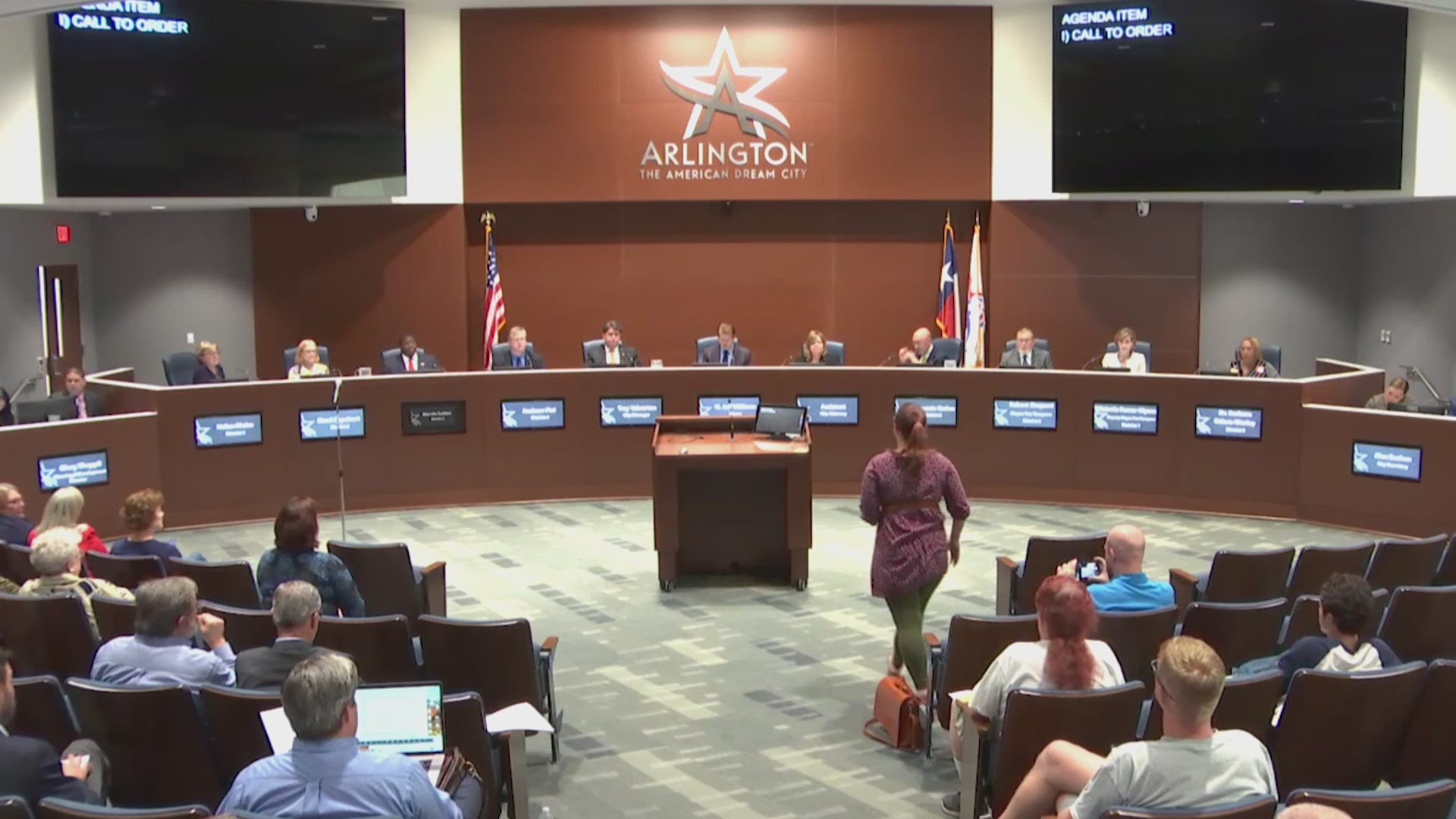 ARLINGTON, Texas — A representative of American Atheists Arlington City Council encouraged council members to be guided by the “goodness in them” during a secular invocation at Tuesday’s meeting.

"Oh dear, I hope there's not a big kerfuffle,” thought Susan Turpin, assistant state director of American Atheists as she approached the podium.

Turpin spoke for less than a minute, first thanking the council and the mayor for starting the meeting with secular words of inspiration.

Turpin then quoted Abby Willowroot, who she describes as a Wiccan writer who penned both religious and non-religious prayers.

The passage read: “We meet to serve our community, to use our resources wisely and well, to represent all members of our community fairly, to make good decisions that promote the common good. We recognize our responsibility to the past and the future, and the rights and needs of both individuals and community. May we act wisely and well.”

Those in attendance then read the pledge of allegiance and the meeting moved on without incident, much to Turpin’s relief.

"American Atheists has had numerous other state directors and assistant state directors give invocations at city council meetings that end up being met with a lot of pushback," Turpin said. "I was incredibly relieved that the City Council and the people in attendance were respectful and receptive."

Turpin tells WFAA she understands there are some residents who might be offended by the invocation, but says it’s important for governments to recognize all voices.

She encourages residents to get to know the people she calls "friendly neighborhood atheists."

"We work with you," Turpin said. "We live next door to you. We shop at the same grocery stores. We all want to live our lives and feel like we're being heard. I urge everyone to take some time to listen to those around you and be willing to be challenged on your ideas. We have a lot to learn from each other."