The city of Fort Worth posted on Facebook that the Metroplex Atheist's banners met city guidelines and the city would not "discriminate or dictate the content." 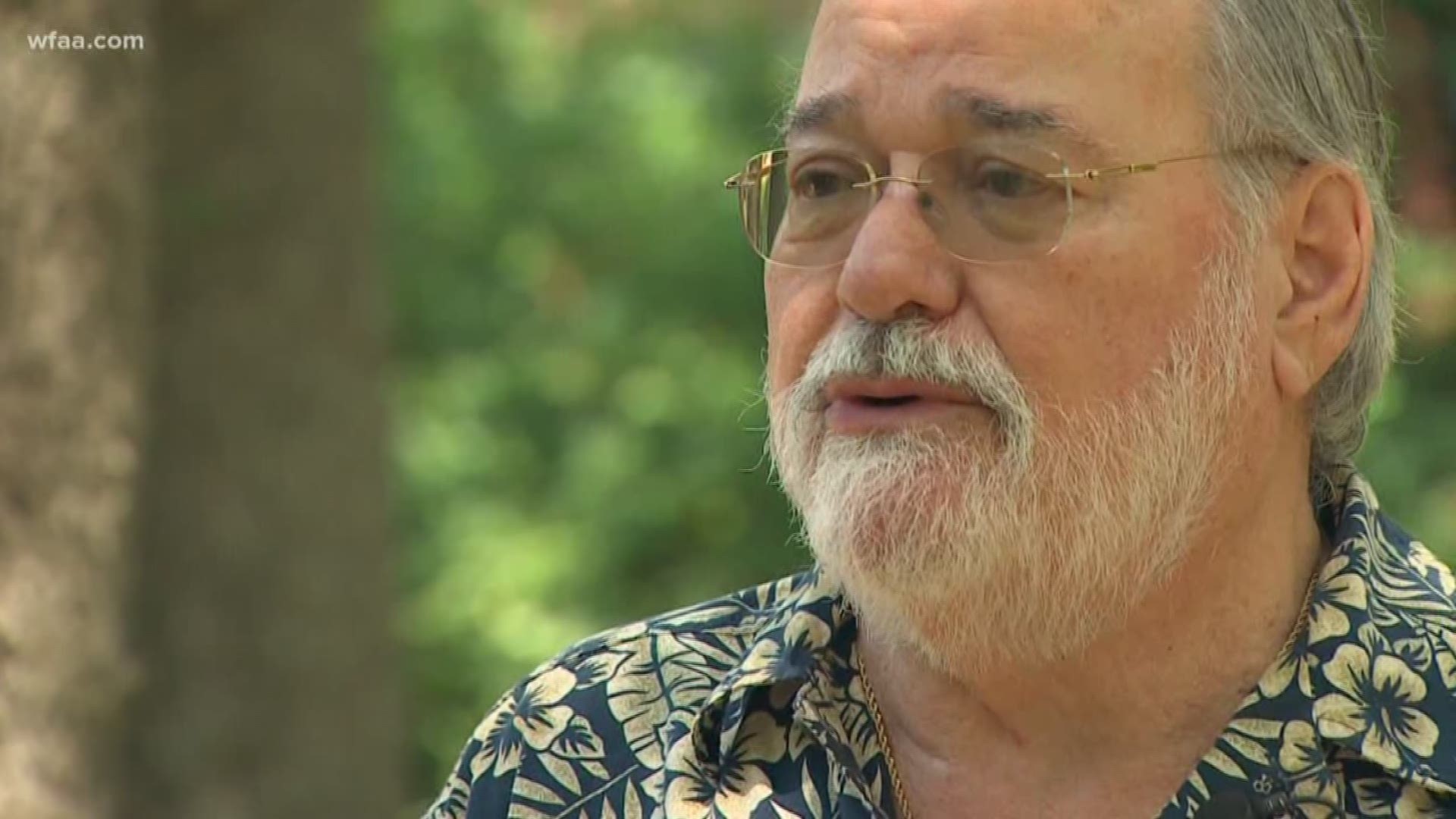 An atheist organization is trying to bring awareness to what they call "exclusionary and divisive" nature of the phrase "In God We Trust" by placing banners in Fort Worth.

The banners hung by the Metroplex Atheists read "In No God We Trust" and point people to a website for more information.

The signs are gaining attention locally, with social media posts about the signs expressing outrage and generating dozens of comments and shares.

Sonya Spodnick
WTH -- COPY: I can't believe the city of Fort Worth is allowing this downtown. The signs offend me and should to everyone that has strong faith. I'll be messaging Mayor Betsy Price. Kinda hard to...

"I was just like, did we really just put these signs up down here?" said Sonya Spodnick. "They're very offensive. Very offensive to me."

"Well, we're trying to convince people that 'In God We Trust' is not a good motto for the US," Terry McDonald said. McDonald is with the Metroplex Atheists, a group about 1,500 strong who are behind the banners. The group has a seminar coming up soon on changing the country's motto, so they put up these banners to grab attention.

"We knew there was a lot of religious people who will object to that because they trust in God," he said.

It appears it's working.

"I have received quite a few calls today," said Andy Taft, head of Downtown Fort Worth Inc., the organization that fields and approves banner requests.

But the message abided the city's policies and it's protected by the first amendment, Taft said.

"For the most part when we start talking about freedom of speech and the fact the next banners that go up are the Kenneth Copeland Ministries banners, people understand," Taft said.

In a Facebook post, the city of Fort Worth said it had received multiple complaints about the banners, but explained it does not restrict religious messaging as long as the banner meets city regulation.

"If an organization meets the established criteria for purchasing the banners," the city's post read, "the city cannot discriminate or dictate the content unless it contains profanity, threats or other inappropriate images."

Even Mayor Betsy Price weighed in on the banners Tuesday.

"I was appalled when I saw the banners currently being displayed downtown, as I do not support or agree with the message. While many of us may not agree with the message, the organization did follow policies and procedures set forth by the City & Downtown Fort Worth, Inc.," she said in a statement. "We must respect freedom of speech. As we approach the Fourth of July, we must remember that many Americans have fought and died for the freedoms we cherish today."

The atheist organization plans to hold a seminar explaining why they believe that traditional motto: E Pluribus Unum (Out of Many, One), would be a better, more unifying phrase for the country.

As for people offended by the message on the banners, McDonald offers this:

"When I get my taxes every year, on the envelope it says 'In God We Trust'  and that offends me," he said.

Spodnick understands the city's rules, but says that doesn't mean she has to agree with the message on those bright yellow banners.

"We also can voice our opinions as well," she said.