A council made up of 63 people worked on the plan for at least 18 months after two videos of high school students using racial slurs surfaced in 2018. 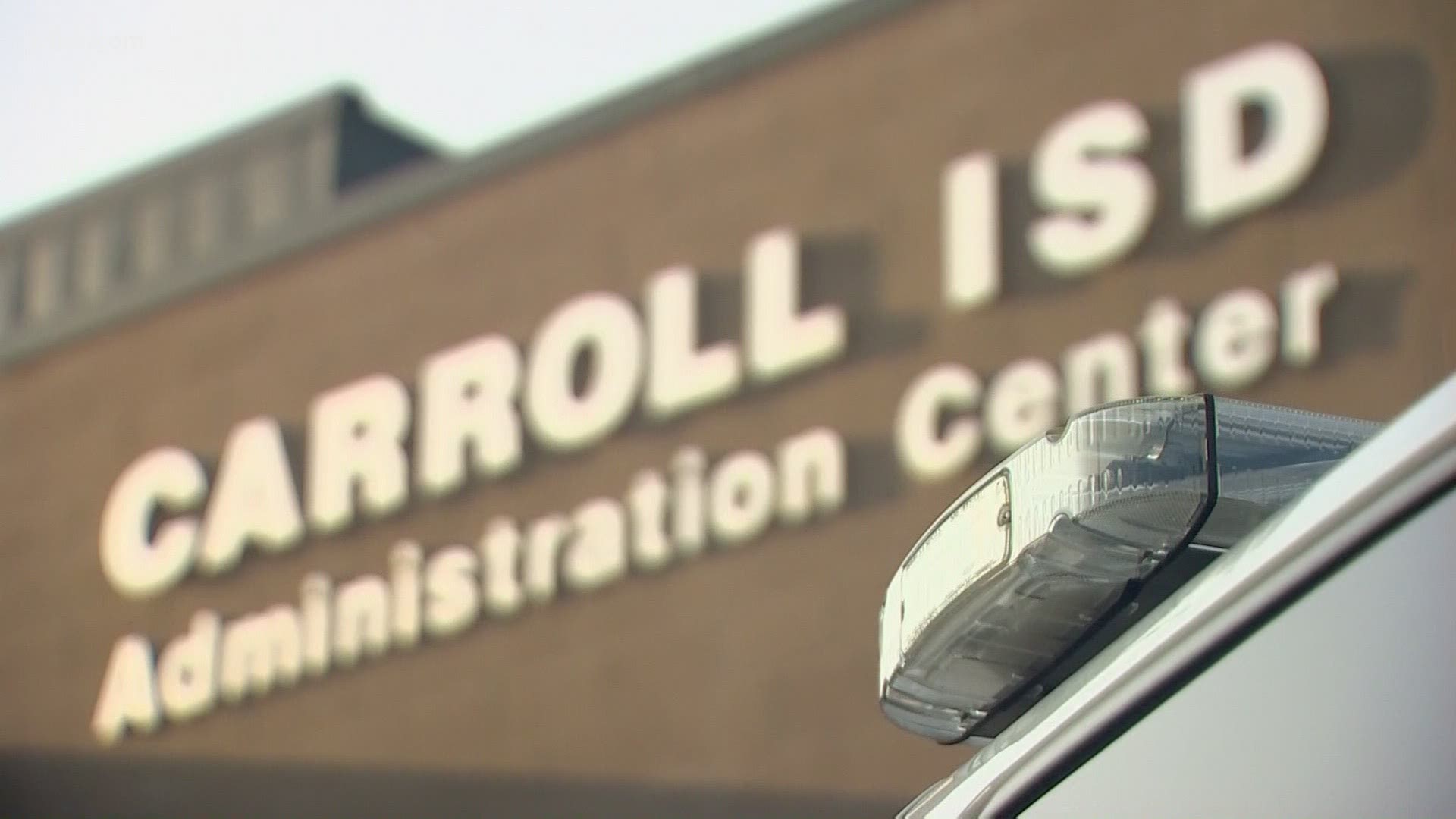 SOUTHLAKE, Texas — Parents in Southlake shared frustrations, support, and admonishment for the Carroll ISD school board Monday night as it discussed where it would go with a new district diversity plan at its regular meeting.

That plan, known to many in town as the Cultural Competence Action Plan (or CCAP for short), was crafted over 18 months by a District Diversity Council that included 63 parents, students, and school staff members.

The council was formed after the district made headlines in late 2018.

Two separate videos of students using the N-word surfaced, which led to a widespread community discussion about race and acceptance.

It also unearthed dozens of testimonials from students and families of different ethnicities of discrimination they had experienced while living in the affluent city nationally-known for its schools.

Russell Maryland, a former Cowboys player who spent 10 years in the NFL, joined the council after being pushed by a school board member to do so.

"Kids chanting the N-word happily, it was disgusting," Maryland said. "We stepped up and decided we needed to do something about this problem."

Maryland's son is a junior at Carroll ISD.

He met parent Pam Francis, who also has a junior in the district this year, when the council started meeting in January 2019.

"We established our norms early to expect to be uncomfortable," said Francis, who co-chairs the District Diversity Council.

The council spent an extensive amount of time gathering input and discussing solutions that would ensure the district and its students embraced diversity.

Some of those solutions went towards changing the district's code of conduct.

But when the council published its Cultural Competence Action Plan in the summer, it was met with skepticism.

RELATED: You can read a copy of the plan here.

But Francis pointed out that one of the most important parts of the plan would be hiring a director of diversity and inclusion.

That person would log and track hate speech or any incident of discrimination within Carroll ISD.

"It would be a way to understand how large the problem is and whether the plan was helping," Francis said.

But Maryland, who used a football expression to get his point across, said that the board didn't readily adopt the council's proposals.

"It was like somebody knocked the ball out of our hands, and they were on our own team," Maryland said.

Board members accepted the plan but were hesitant to adopt after some parents expressed disapproval of the plan following its submission.

Many parents continued expressing disapproval at Monday night's meeting, where board members discussed the possibility of revising the CCAP and adopting it next year when a new superintendent is hired.

Credit: Carroll ISD
A proposed timeline of how Carroll ISD wants to move forward with CCAP.

The district's current superintendent is slated to retire in January.

"Stop trying to punish the rest of the community for the actions of a few teenagers," one parent said. "Southlake is not racist. I've raised two bi-racial children here."

"I don't think that radical new codes of conduct based on ideologies that don't address our core issues are the answer," another parent echoed.

Another parent called the CCAP itself racist.

"At its core, CCAP is racist. You cannot take racism and fight racism with something that takes another set of people and makes them better than someone else. I'm sorry if somebody spent 20 months of their life working on this. Sometimes a stupid idea is a bad idea," the parent said.

Maryland doesn't want to see something he and others worked hard on to be kicked down the road.

"I came to this community for the schools, not this mess. We have a real problem here," he said.