The video, which was shared hundreds of times on Facebook, showed several teenagers chanting the n-word. 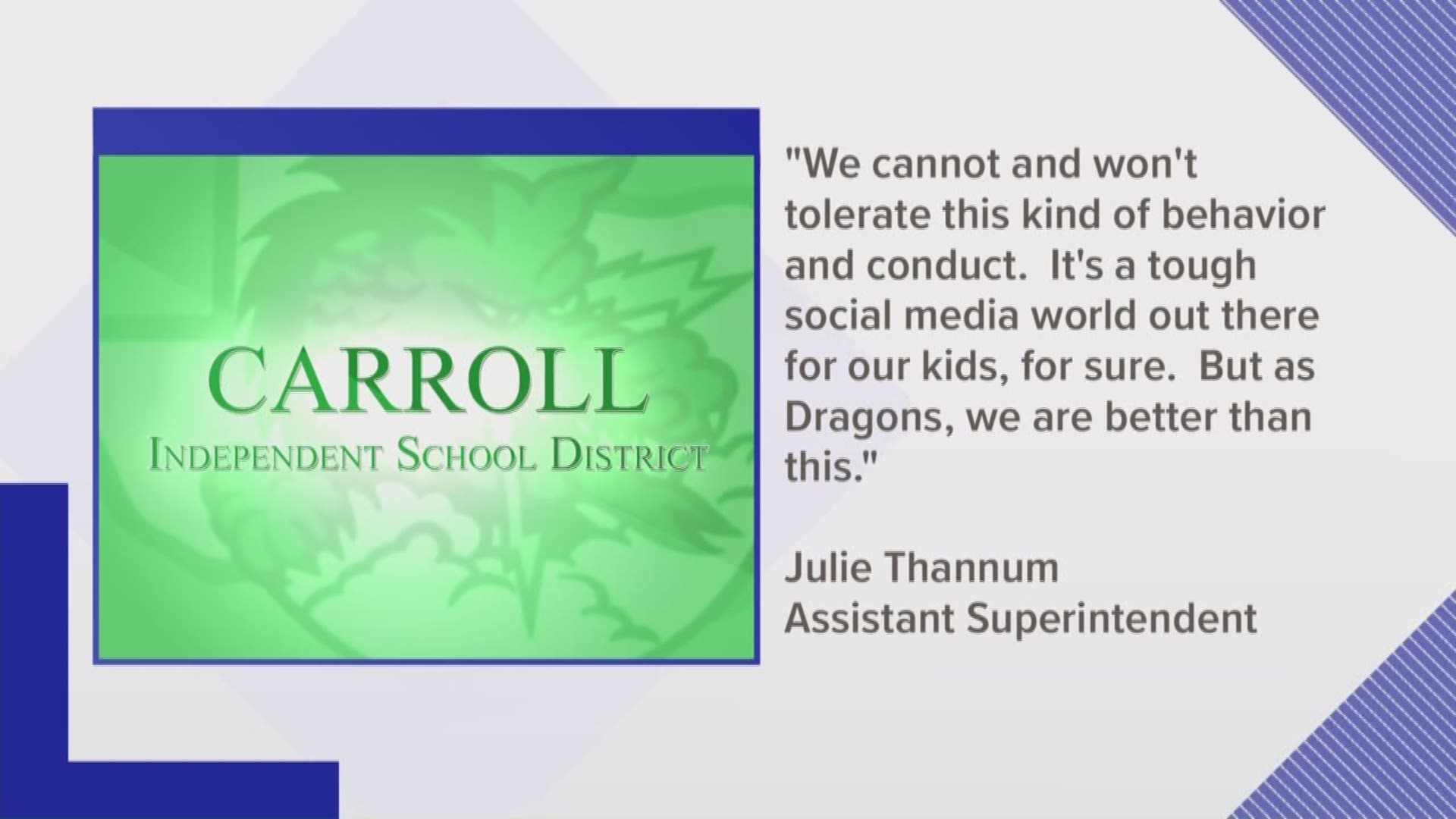 Carroll school district officials on Monday were planning to meet with Southlake teens who were involved in a racist video posted to Facebook over the weekend.

The video, which was shared hundreds of times on Facebook, showed several teenagers chanting the n-word.

In a statement, the Carroll school district said it was "aware of an inappropriate video that was posted publicly on social media by some Southlake teens and circulated online this weekend.

"We are extremely disappointed that any of our students would be involved in making a video involving a racial slur," the statement said.

The video wasn't filmed at school, but it "has quickly become an issue that we as a district and a community must address," the district statement said.

"Meetings with students and parents regarding consequences are happening on Monday. It’s a tough social media world out there for our kids, for sure. But as Dragons, we are better than this. We must value and respect everyone and avoid any actions that promote racism or hate speech."