South Oak Cliff and Kimball picked up Monday where the game stopped after a shooting Saturday. 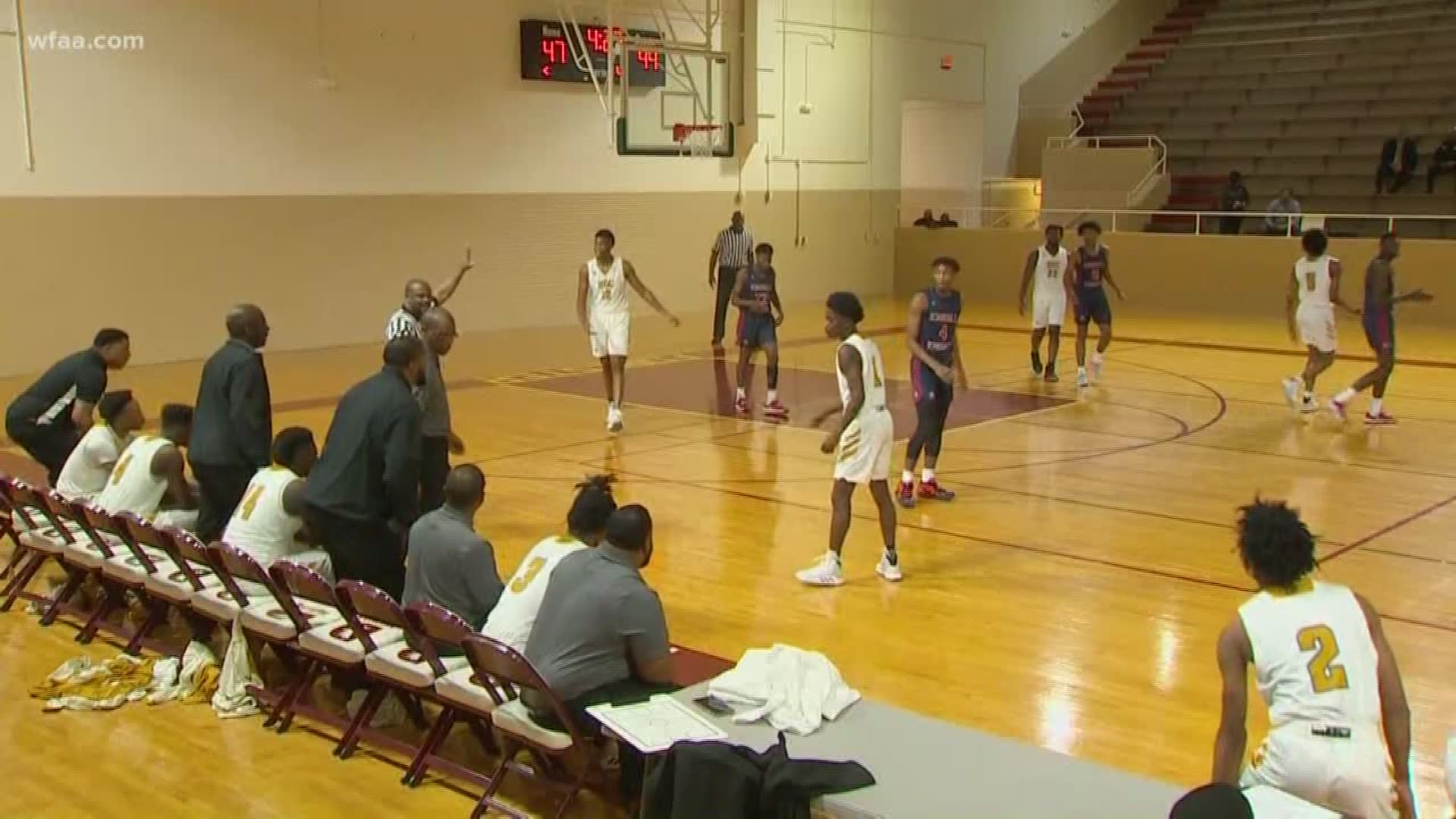 DALLAS — The clock stopped with just 1:29 left in the third quarter.

Cofer was in the stands watching her son play.

"He was terrified. He said, 'Mom, I could not believe what was happening.' He said 'I just threw the ball out and I just ran,'” Cofer said.

When the shooting stopped, an 18-year-old former student had been shot in the chest. He is still in critical condition, according to police.

“What started as a physical altercation at the basketball game Saturday, the fisticuffs turned into gun violence,” DISD superintendent Michael Hinojosa said during a press conference Monday.

DISD said they had 9 officers and security guards at the game but no metal detectors.

Starting Tuesday, the district will make everyone coming into the facilities be wanded, and all bags, backpacks and purses will be banned.

“Good, I really think that is a perfect idea," Cofer said. "That way I feel safe coming in."

The game Monday resumed just where it left off Saturday, but security was tighter.

The game was closed to the public.

“We will be there so the students could finish the game that has very high stakes for them as they try to pursue a state championship,” Hinojosa said.

Hinojosa said the district plans to ask for more money for better gun detection equipment and will implement more security measures at all games from now on.

"It is what it is, and we have to rethink our protocol,” Hinojosa said.

Hinojosa said the district wants kids to be able to play without fear. But he says gone are the days when people could just go to a game and enjoy themselves — now they have to worry about potential gun violence that is being brought from the streets into the schools.