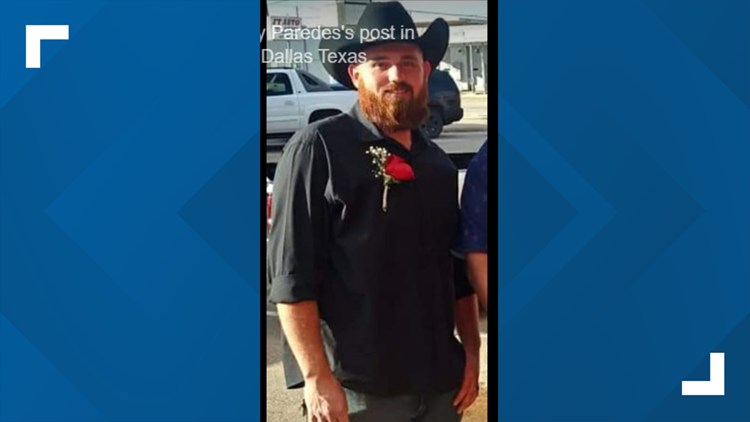 Family increases reward to $30,000 in fatal shooting of Garland man who confronted burglar

The family of a homicide victim announced Monday they are increasing the reward for information leading to the arrest of a suspect in the shooting death of 29-year-old Clifford Wayne Wicker, Jr.

On Jan. 30, 2019, officers were called to an apartment complex in the 2800 block of Dairy Road, Garland police say. When officers arrived, Wicker was found with multiple gunshots. Wicker was pronounced dead at the scene.

According to the report, Wicker was inside of his apartment when a neighbor told him his work van was being burglarized. When Wicker went down stairs to confront the suspect, he was shot.

During the press conference at Garland Police Department headquarters the family announced they're offering a $30,000 reward leading to the arrest of the suspect responsible for Wicker's death.

Wicker’s family said he left behind his parents, two sisters, his wife and three young kids.