2 officers expected to recover after being shot in Parker County, police say

A Reno police officer and a Parker County Sheriff's deputy were shot responding to a disturbance call Thursday night in Reno, police said. 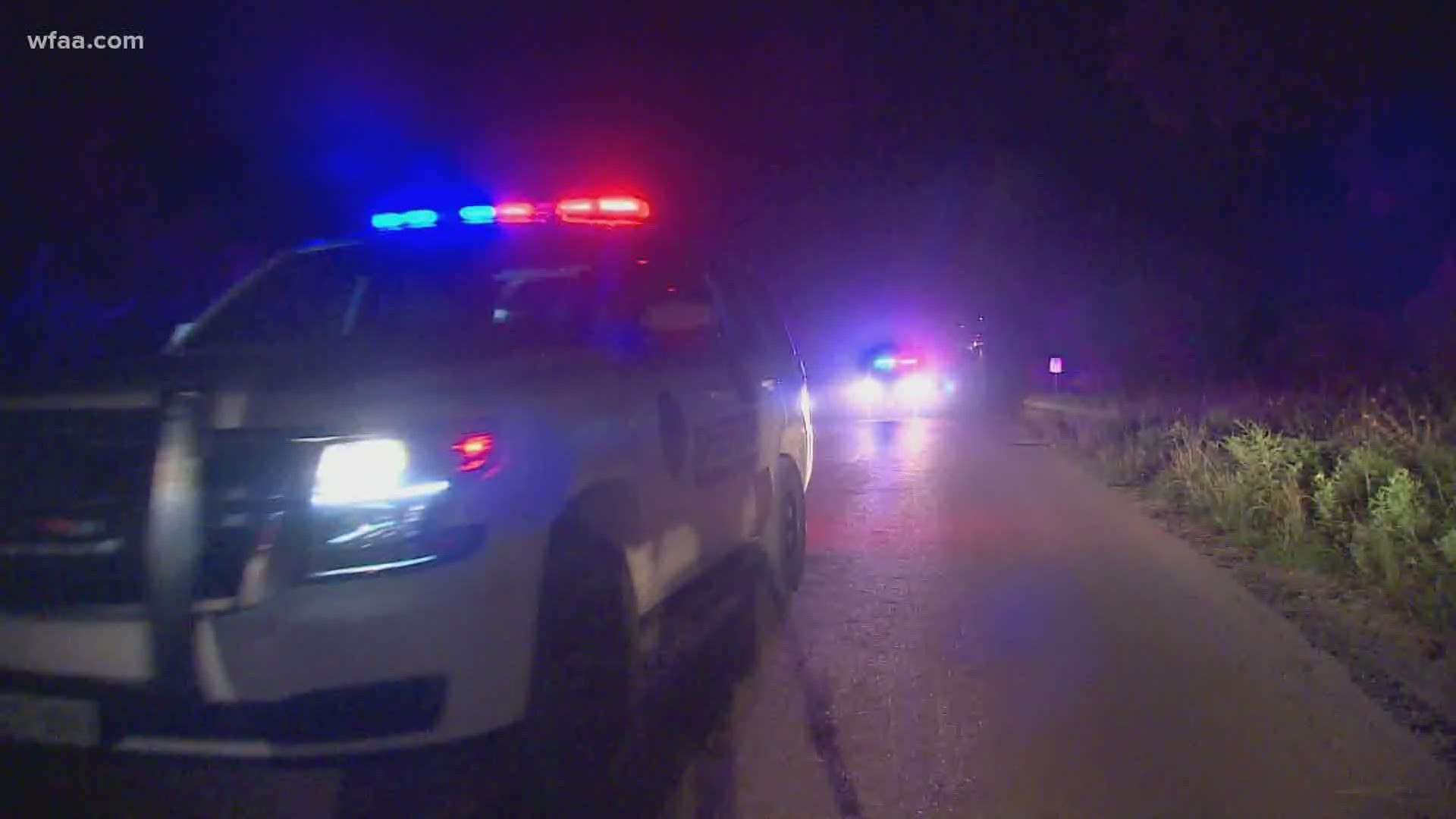 Updated at 10:19 a.m. Friday with information that both law enforcement officers are expected to survive.

A Reno police officer and a Parker County Sheriff's deputy were shot responding to a disturbance call Thursday night in Reno, police said.

The caller told police her son had a gun and "was threatening to kill people," according to police.

A Parker County Sheriff's deputy was shot and was transported to JPS Hospital in Fort Worth by CareFlite, police said.

Friday morning, Parker County Sheriff Larry Fowler confirmed the deputy has been released from the hospital.

"We are grateful our deputy is doing well,” said Fowler. “He is currently recuperating at home. We expect him to make a full recovery and we anticipate his return to our team."

Fort Worth PD, Reno PD, State Troopers, Parker County Sheriff and the FBI are in Reno off Miller and Cardinal trying to get a barricaded suspect to exit a home.

Officers in Reno were called there for a domestic dispute earlier this evening and... pic.twitter.com/z8QrpJsHdF

Officials say the suspect barricaded himself inside the house for several hours and that's when a standoff ensued.

Around 1:40 a.m. Friday, the standoff ended and our WFAA photojournalist at the scene saw flames coming from the house but police have not released details regarding what happened.

Officials say the Texas Rangers have taken over the investigation.

#Reno #standoff comes to a fiery conclusion after 3 officers were met with #gunfire. A Reno officer was transported to Azle Hospital with non life threatening injuries. A Parker county deputy was airlifted to JPS in FTW condition unknown. @wfaa @News8Daybreak #iamup pic.twitter.com/pXNaaaaqD5