"We feel like we are living up to our mission to bring a little bit more happiness in this world and share that happiness with others," said Kari Crowe Seher. 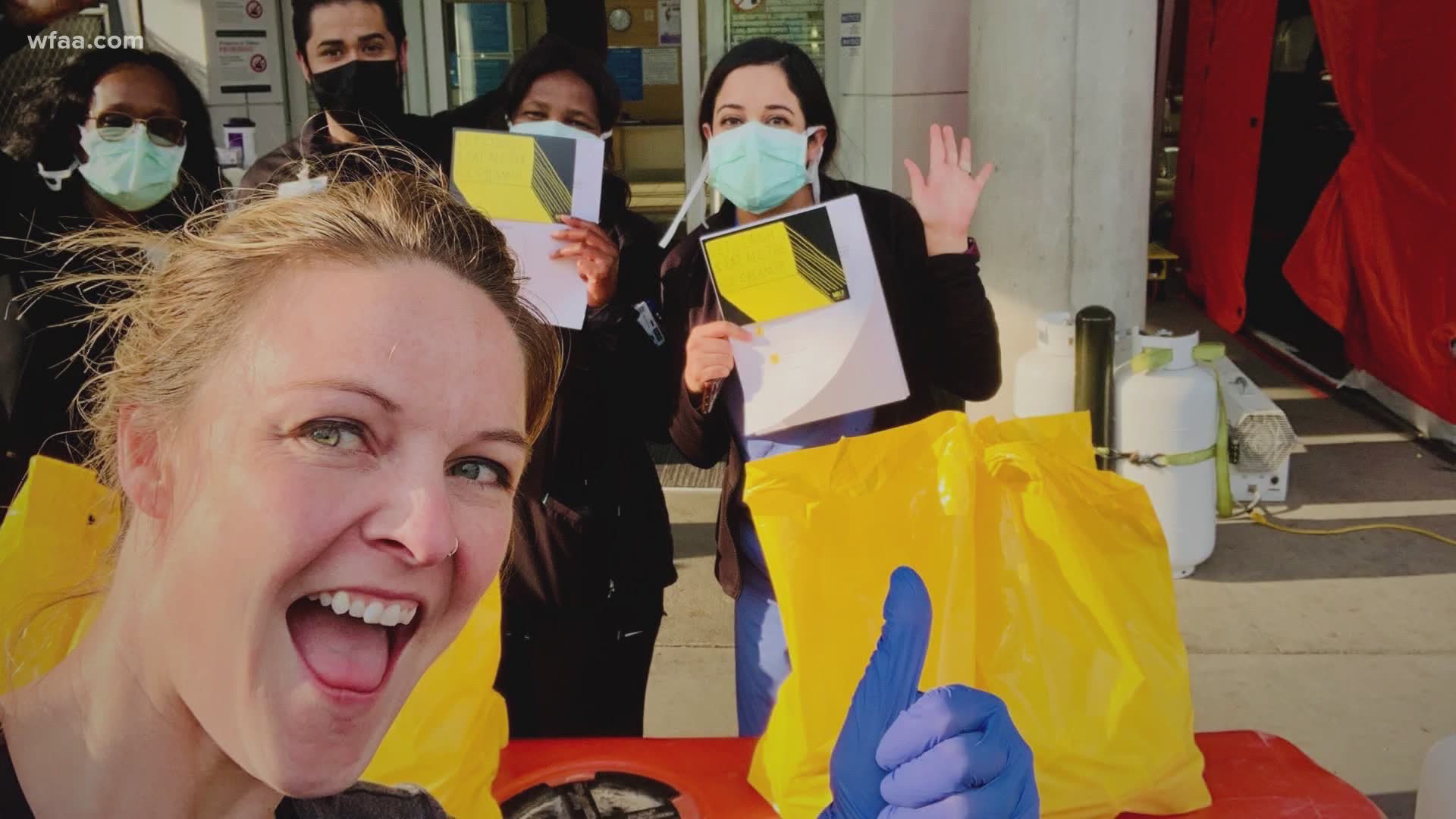 DALLAS — Like so many other businesses at the start of the pandemic, Melt Ice Creams pivoted and did the best they could to keep the ice cream cold and business hot. And, thanks to the company founder's other passion, they've had a little help spreading the happiness they believe a little ice cream can bring.

"We've definitely been affected like everybody else," said Kari Crowe Seher, whose "Happiness for Heroes" effort continues to deliver free ice cream to front line workers at hospitals and clinics in the D-FW COVID-19 fight.

"I've been a runner for a long time, but ultra running I kind of fell in love with in the last few years," she said of her sometimes solo outings that help her clear her head. Running helps her not worry for a while about the anxieties that operating a business can bring.

And back on the last day of March, she saw a social media post by Colin O'Brady, a 10-time world-record-holding endurance athlete, who has reached the summit of the world's tallest peaks and was the first to cross Antarctica alone on his own power.

O'Brady challenged people in April to take part in an event he called the Calender Club: every day of the week you run the number of miles on the calendar for that day. One mile for April 1, two miles for April 2, running every day until you run a full 30 miles on April 30: a monthly total of 465 miles.

"I thought the Calendar Club was a great way, not only to push my own body, but to put a call to action out to other people to say, 'Hey, are other people feeling kind of strange right now?' I'm assuming they are," O'Brady said.

As encouragement, he promised to donate up to 10,000 meals to workers on the front lines of the pandemic.

"I want to get people to participate and I was blown away when 1,200 people from all over the world, 18 different countries, kind of all raised their hand on one day notice said, 'Hey, I'll try this challenge with you.' So it was extraordinary, the community that popped up around it," O'Brady said.

Crowe Seher was one of those 1,200 people who raised her hand. In Fort Worth, she ran every day in the month of April for a total of 474 miles. She posted her runs on Instagram every day and became one of just 60 people who finished the entire challenge.

"It kind of spawned a tribe of like-minded folks who are really trying to do something, both for themselves as well as give back to the front line workers during this tragedy that we've all been facing," O'Brady said.

So, in a Zoom conference call at the end of the challenge, O'Brady announced he was giving Crowe Seher and Melt Ice Creams a $2,500 grant so they could offer ice cream to 1,000 more D-FW-area doctors, nurses and firefighters.

"We said, 'This is the perfect thing.' This is someone who is of our tribe, has run these miles, who is obviously an entrepreneur who is affected by this that we could kind of help out. And then she's helping out the community," O'Brady said. "So I think it was just kind of a win across the board. It was so amazing to be able to support her and her business that way."

"I had no expectation that they would choose Melt Ice Creams in Fort Worth, Texas," Crowe Seher said of the surprise gift. "We feel like we are living up to our mission to bring a little bit more happiness in this world and share that happiness with others."