He was ‘happy-go-lucky’: Neighbors share memories of 5-year-old boy who was shot, killed by 8-year-old in Dallas apartment

Authorities are investigating the shooting to see how the boy gained access to the firearm. The name of the 5-year-old boy at this time. 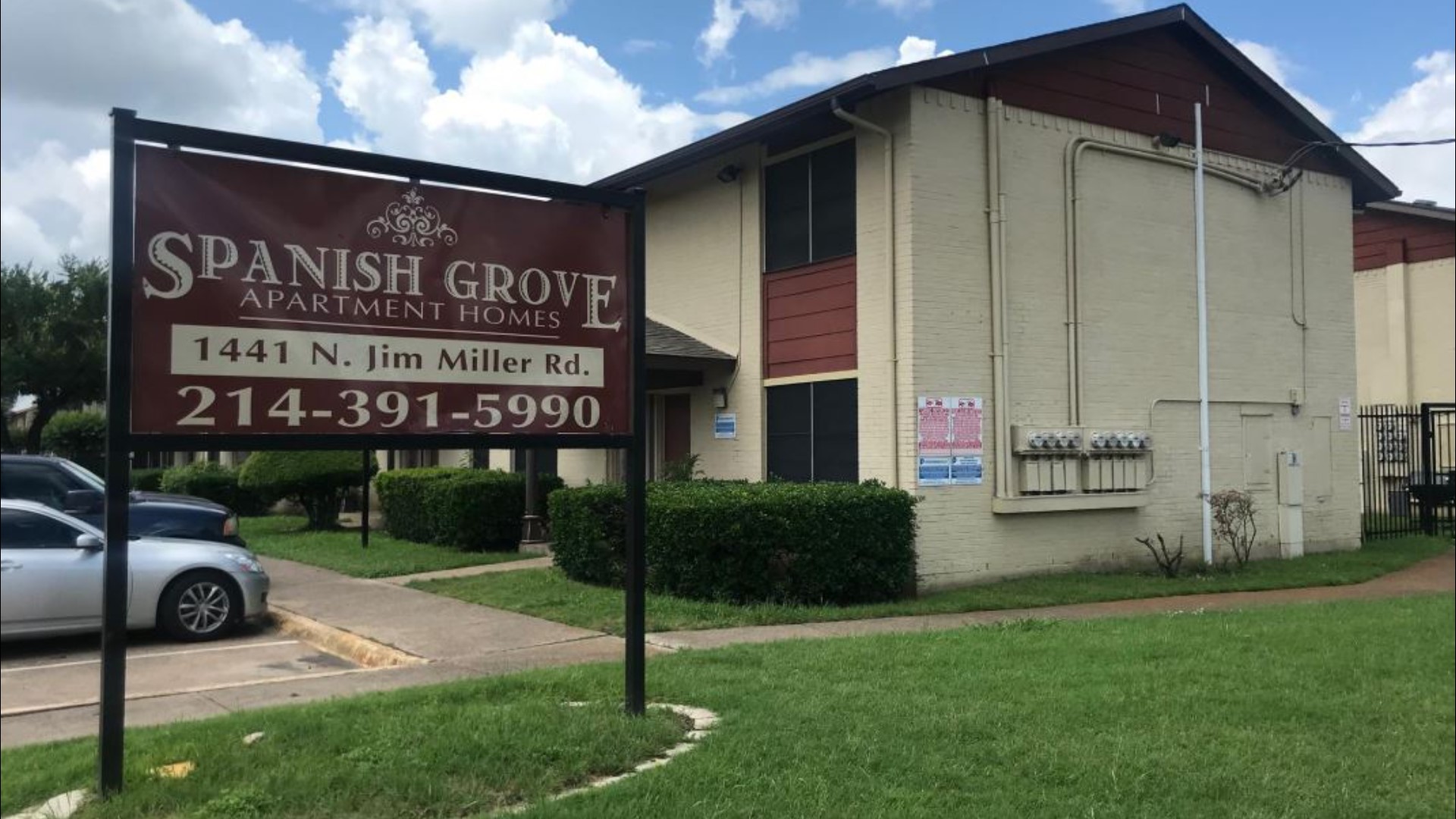 DALLAS — Dallas police said a 5-year-old boy died Friday night after an 8-year-old boy found a gun and shot him.

The shooting happened around 10 p.m. at the Spanish Grove Apartments near the 1400 block of Stardale Lane, officials said.

Authorities are investigating the shooting to see how the boy gained access to the firearm. The name of the 5-year-old boy who died has not been released at this time.

WFAA spoke with neighbors at the apartment complex.

“I heard the shots, so it was no fireworks, I heard the gunshots. Later on, I saw a lot of police, and police made everybody get back in the house,” said one neighbor named Candace.

Another neighbor told WFAA, the shooting happened inside one of the bedrooms in the apartment.

RELATED: 5-year-old boy dies after being shot by another child in Dallas apartment, police say

“You never know what’s going on with your kids upstairs, and you downstairs, and not paying attention,” said April, another neighbor.

Off camera, another neighbor told WFAA, she saw the 5-year-old boy’s mother on the steps, screaming call 911, all while she was holding her head and crying.

The other neighbor told WFAA, she hasn’t seen the mom back at the apartment complex, and is likely staying with loved ones.

Neighbors said, the boys were polite and well-mannered, and they would always say hello to everyone.

“I see them every morning, they speak, hey, how are you doing,” said Candace.

“They’re the sweetest boys, w/manners,” describes a woman who lives next to where 5y/o was shot & killed by an 8y/o. 💔

We spent the day at the Spanish Grove Apts. on Stardale Ln. in Dallas.

Neighbors say the brother somehow got a hold of a gun inside of the apartment. @wfaa pic.twitter.com/5UzehUMN5k

"The boys would often times walk across the street to school together. They’re real smart, they have good personalities, they speak, good manners,” said Candace.

Dallas police detectives continue their investigation, and neighbors are hoping the family finds strength after what happened.

Police have not released any other information, or if charges will be filed.