Memorial held one year after woman was killed on Plano trail

The memorial walk/run was held at Jack Carter Park to honor her life and stand for runner safety. 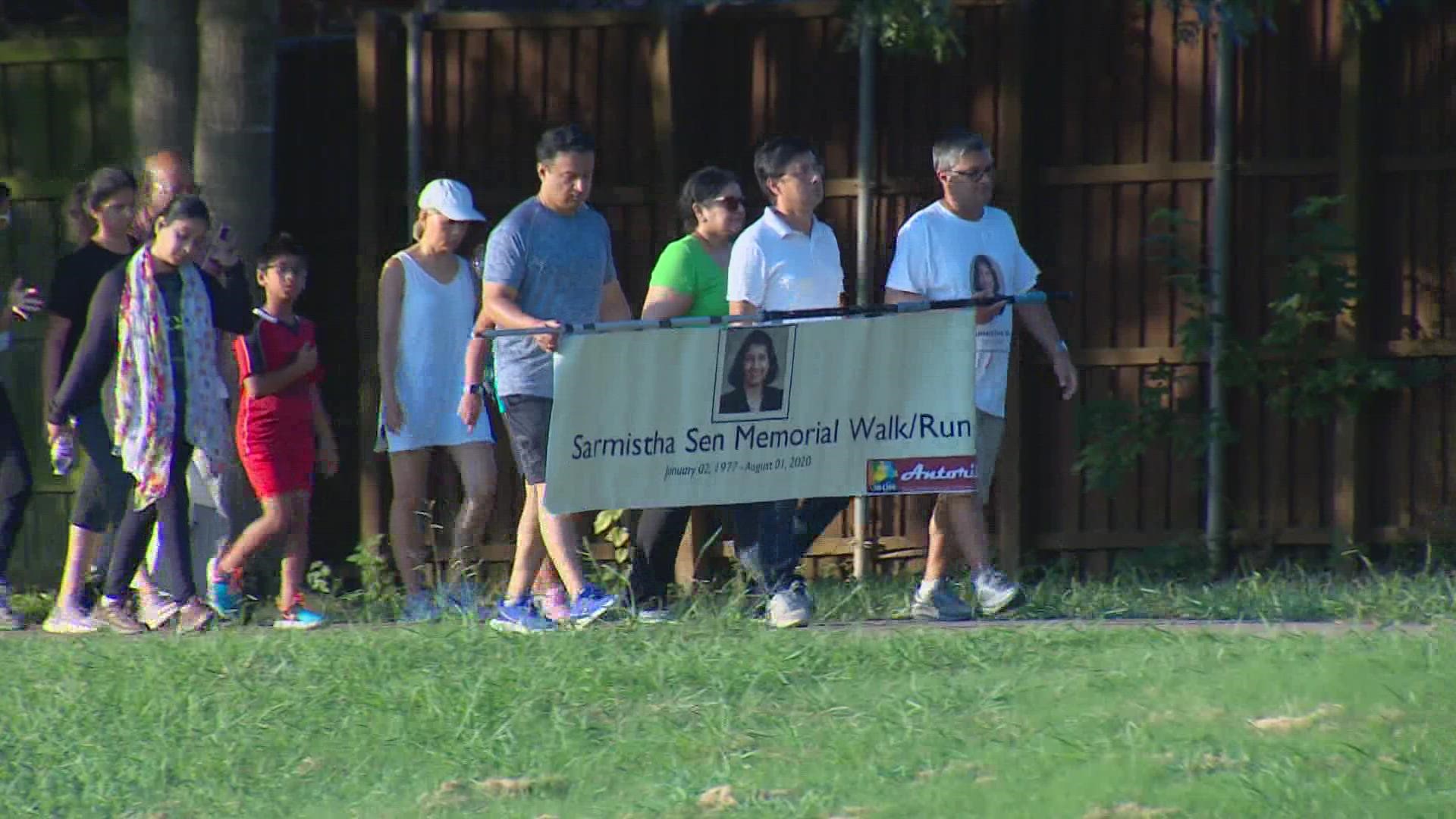 PLANO, Texas — A memorial was held Sunday morning to remember Sarmistha Sen who was killed one year ago while out for her morning jog in Plano.

The memorial walk/run was held at Jack Carter Park to honor her life and stand for runner safety.

On Saturday, Aug. 1, 2020, Sen was doing her daily run on the trail near her home. Her husband noticed she hadn't returned home and went to search for her. He saw a heavy police presence and received the news that his wife was killed on the trail.

Officials say a passerby found her body lying down in the creek-area near Legacy Drive and Marchman Way.

Plano police said that the attack appeared to be random. The suspect was arrested almost two weeks later and was indicted on a capital murder charge last year. He had previously been arrested in connection to a burglary that occurred nearby that day.

After her death, thousands of shoes were donated in her honor along the trail.

"Sarmistha’s death is one example of a pervasive problem—women are too often the target of violence while running," the memorial event page said. "Runners like Wendy Martinez, Carolina Cano, Karina Vetrano, and Mollie Tibbetts are only some of those who have been tragically killed while running in recent years. According to a Runner’s World survey from 2019, 84% of women say they’ve been harassed while running."

She had two young boys and was a very active mom. She was their Scout leader. She loved singing classical songs and performed with a local music group for southeast Asian community programs.

In her professional life, Sen was a cancer researcher and specialized in clinical trials for cancer drugs. She worked for Dallas Children's Hospital and most recently with U.T. Southwestern.

Her brother told WFAA last year that his sister lived life with purpose. He said she was environmentally conscious and a go-getter in the purest sense.

Memorial held one-year after woman was killed on Plano trail