On Tuesday evening Trusted World came by to pick up more than 1,000 pairs of donated shoes in honor of Sarmistha Sen, who was killed on a Plano trail. 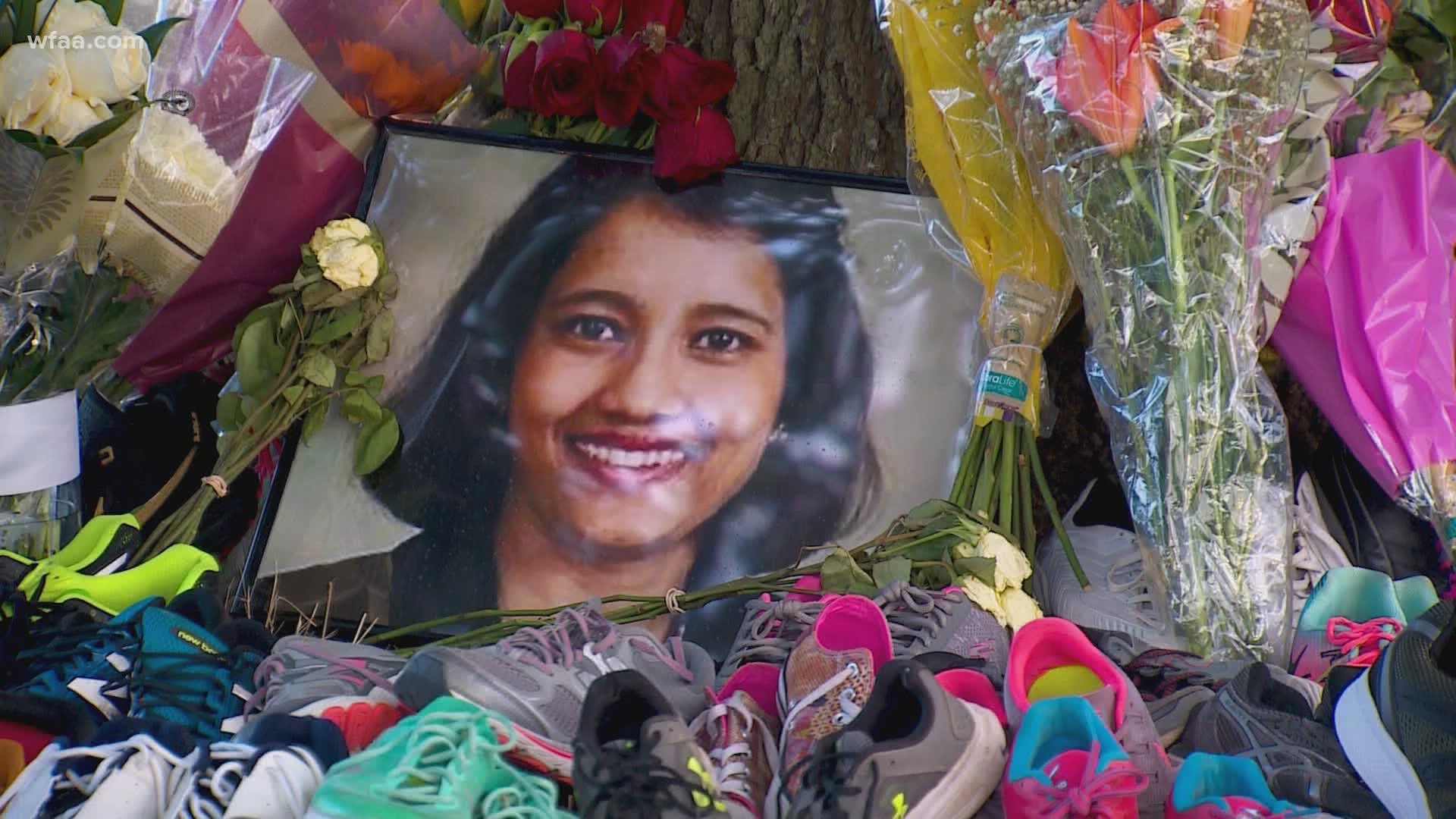 PLANO, Texas — When Andrea Landon laid down the first pairs of shoes in front of a tree along a trail in Plano, she never thought the memorial for a slain jogger would grow so huge.

On Tuesday evening a nonprofit called Trusted World came by to pick up what they estimate is more than 1,000 pairs of donated shoes.

"I was consumed with sadness and rage and needed to channel that," Landon said.

On Saturday, Sarmistha Sen was doing her daily run on the trail near her home. Her husband had noticed she hadn't returned home and decided to go searching for her. It was then he saw a heavy police presence and received the news that his wife was killed on the trail.

"She was a very honest and loving mom," said her brother Sumit Sen.

She had two young boys and was a very active mom. She was their Scout leader. She loved singing classical songs and performed with a local music group for southeast Asian community programs.

In her professional life, Sen was a cancer researcher and specialized in clinical trials for cancer drugs. She worked for Dallas Children's Hospital and most recently with U.T. Southwestern.

Sumit told WFAA his sister lived life with purpose. He said she was environmentally conscious and a go-getter in the purest sense. They would talk almost every day. The shock of the incident has worn off but he said he is filled with love as he saw the growing memorial of shoes in front of the tree.

"She loved the feeling of the ground below her feet," Sumit said. He said she took that trail for more than 15 years early in the morning before her children woke up.

All of the shoes were picked up Tuesday evening from the two adjacent memorial sites.  According to the nonprofit's website, Trusted World "is a 501(c)(3) non-profit organization that provides clothing, non-perishable food and personal care items to local organizations who are prominent authorities and passionate advocates for individuals in need of assistance to ensure their economic security."

A walk/run organized in Sen's honor is scheduled for Saturday, Aug. 8. Participants are asked to meet at Jack Carter Park at 6:30 a.m. where they will head to Marchman and Legacy Drive in Plano.

The family has also organized a fundraiser through Caring Bridge, where funds will go to help causes important to Sarmistha Sen: cancer research and environmental issues.