Police said they had a person of interest in custody. 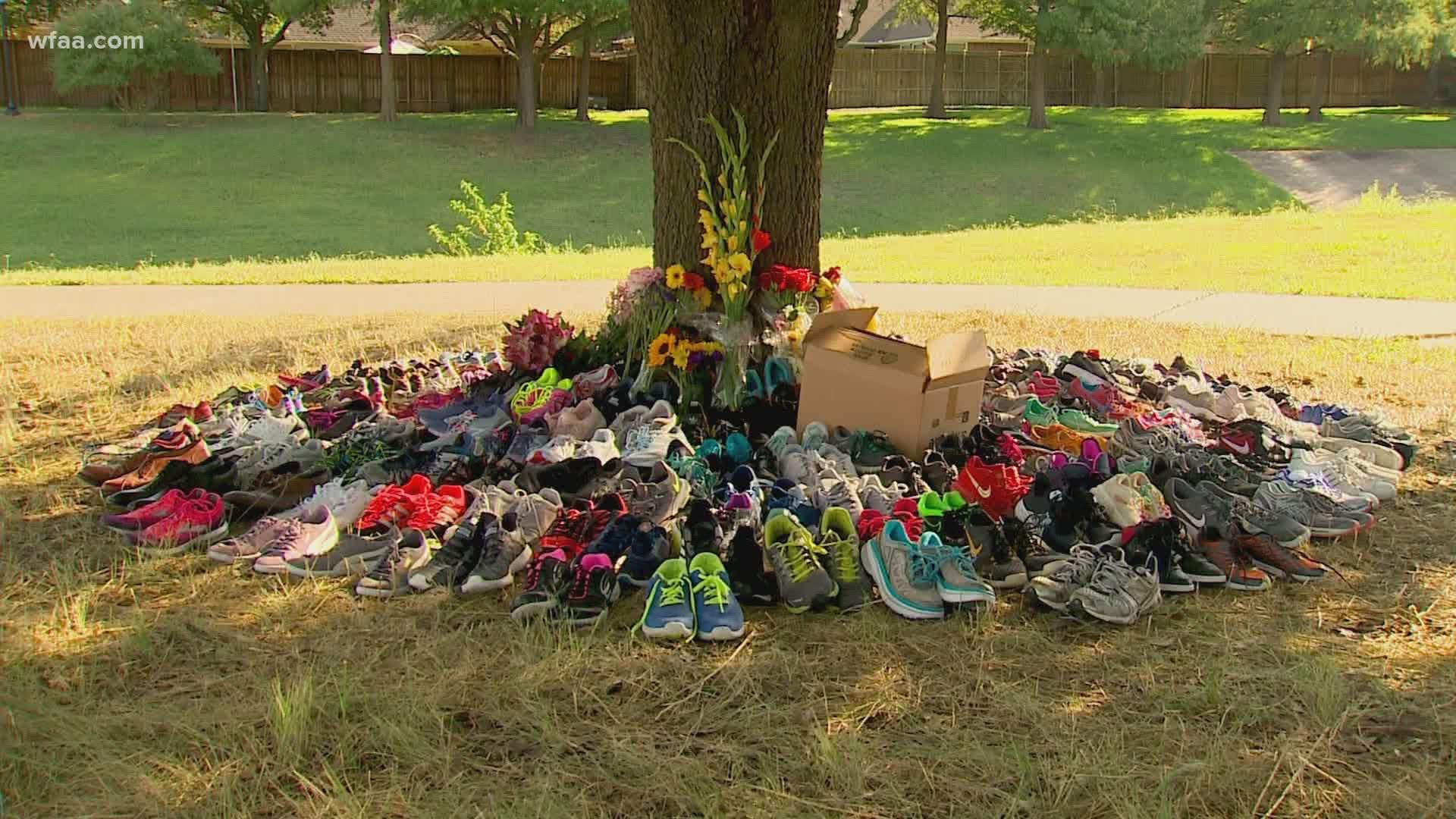 Editor's note: This story has been updated to clarify the video evidence linked the suspect to the burglary, not the homicide.

A 43-year-old woman who was found dead Saturday near Chisholm Trail Park was attacked and killed while she was out on her morning run, Plano police told WFAA.

A homicide investigation is underway after officials say a passerby found Sarmistha Sen's body lying down in the creek-area near Legacy Drive and Marchman Way.

“This is not something we see and definitely something very very random," said Plano police spokesperson David Tilley. "For something like this to happen, clearly it concerns all of us. And we’re very hopeful that this is going to be an isolated incident."

Police believe this was a random attack and have said they have a "person of interest" in custody at the city jail who currently faces a burglary charge. Tilley said video evidence links the suspect to the burglary.

Throughout the day Sunday, strangers, neighbors and friends surrounded two trees near the park with flowers and hundreds of running shoes.

“It touched me. It’s great when I’ve seen hundreds of shoes because you know what, people care," said close friend of the family Mario Major. "Why would something like this happen to someone who’s such a great human being?”

Sen worked at UT Southwestern as a clinical research manager focused on cancer. She had two young children.

Aneesh Chintala played baseball with one of them and visited the memorial Sunday to pay his respects.

“I’m upset. I feel really bad for the family," Chintala said. "My heart goes out to them because I know they were a nice family.”