Mayor Eric Johnson and Chief Eddie Garcia spoke about ongoing efforts to combat violent crime. Dallas is on pace to have more homicides in 2021 than it did in 2020. 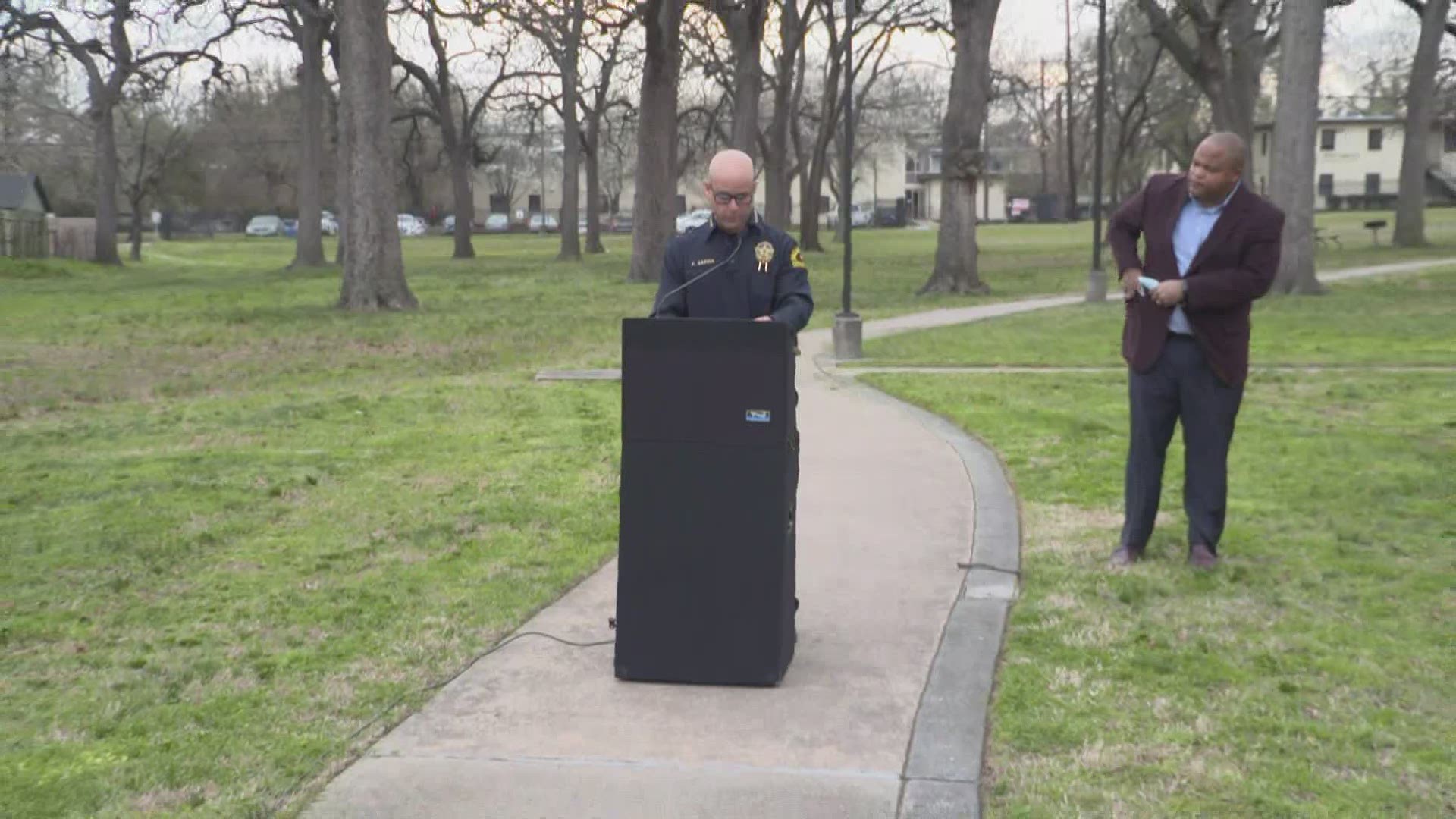 DALLAS — Updated at 5:59 p.m. with details from the Wednesday news conference.

Mayor Eric Johnson, Dallas Police Chief Eddie Garcia, and other leaders gave an update on programs recommended by the Mayor's Task Force on Safe Communities, even as the homicide rate was up 65% compared to 2020, according to Johnson.

At Opportunity Park near the 3100 block of Pine Street, where officials gathered Wednesday, the city said it has installed 76 new exterior lights nearby to deter nighttime violence.

Last year, the city ended the year with 251 murders, including two killings that occurred in the final hour of 2020, according to a departmental spokesman. It was the highest number of homicides in more than 15 years.

RELATED: City of Dallas ends 2020 with highest number of murders in more than 15 years

Dallas also experienced a violent start to 2021, when three people were killed and three others were injured in multiple incidents the first weekend of the year. Those incidents included several shootings and a stabbing.

Months later, responding to killings and aggravated assault crimes remains a priority, according to the Dallas Police Department’s command staff.

During the month of February, data show DPD investigated 18 homicides. There were 302 aggravated assaults reported in the same month.

“Obviously our priority is to save lives. Save as many lives as we can,” Chief Eddie Garcia told Dallas City Council’s Public Safety Committee members during a meeting last month.

On Wednesday, Garcia said police officers can't be everywhere at once and must have community support to lower crime.

Garcia has vowed to tackle violent crime since taking over his role in early February. He has been highlighting recent gun seizures and drug house raids on his social media pages, all while his team is working on tweaking the department’s violent crime reduction plan and strategies.

”When the plan comes finally comes out, there’s going to be an expectation that officers will be spending their free patrol time in our areas of concern and need,” Garcia explained.