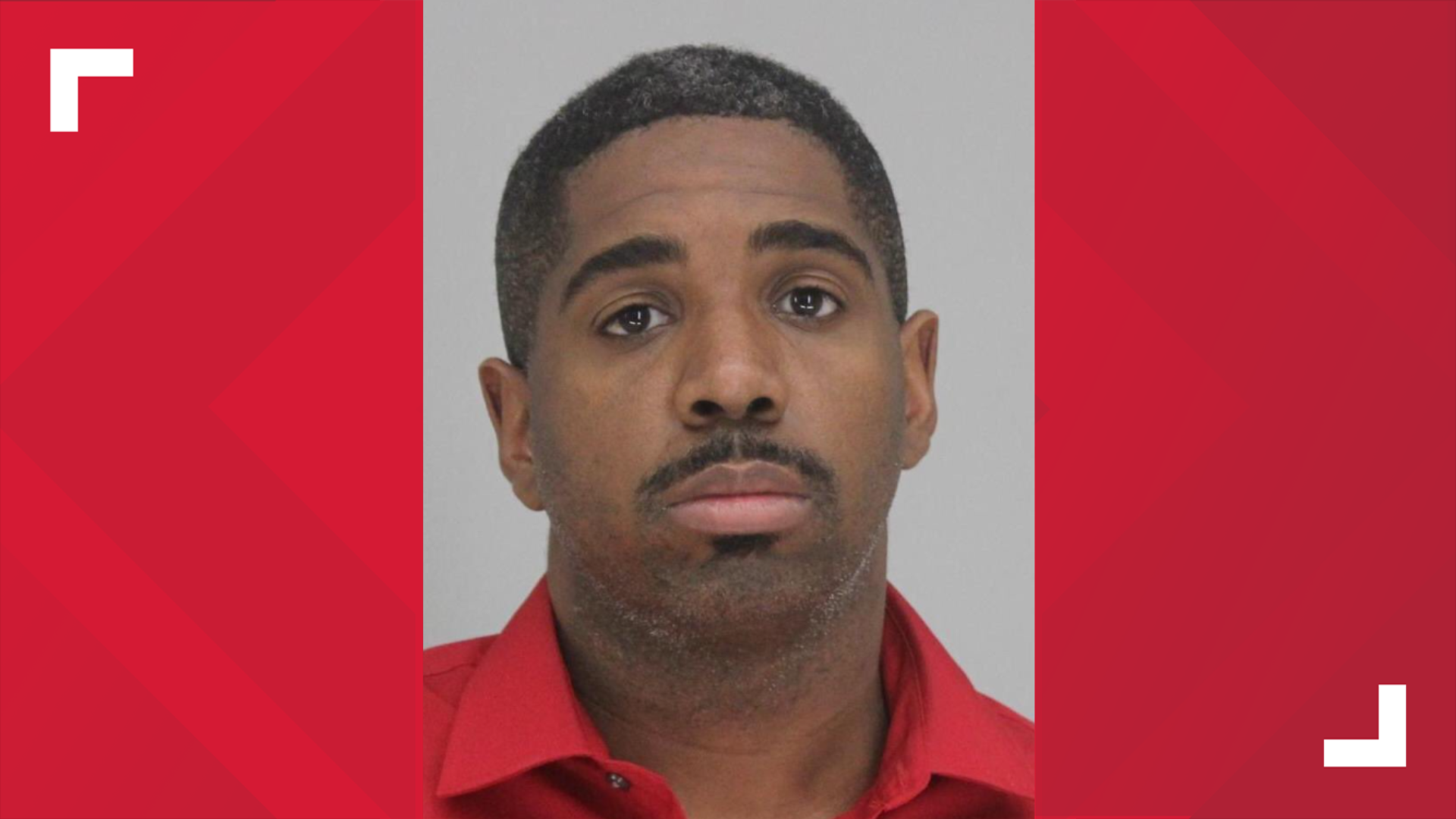 DALLAS — Updated at 5:57 p.m. with more background information about the case.

A Dallas police officer who is accused of offering a hitman thousands of dollars to kill two people has been fired from the Dallas Police Department, Chief Eddie Garcia said in a news release Tuesday.

Riser was still on administrative leave following his arrest on two capital murder charges last week. He had been with the department since August 2008, patrolling Dallas' South-Central patrol area.

"An Internal Affairs investigation concluded that on March 4, 2021, Officer Riser engaged in adverse conduct when he was arrested for two counts of Capital Murder," the news release said.

Riser has the right to appeal his firing, the news release said.

Riser has been under investigation since August 2019 when a witness told Dallas police investigators that Riser allegedly offered him thousands of dollars and instructed him to kill two victims in 2017, according to an arrest warrant affidavit.

When asked why Riser was left on duty and not placed on administrative leave, former Police Chief Renee Hall told WFAA that at the time the department didn't have enough evidence for an arrest. She also said wrote that putting him on leave “could have compromised the investigation.”

Hall left office at the end of 2020. Her successor, Garcia, has been on the job for about a month.

“We did not at any time make, would not make recommendations about pulling him off,” said special agent Michael DeSarno during a news conference Friday. “We at no time asked them to leave him on duty.”

Earlier this week, Dallas Mayor Eric Johnson created a committee to find out why Riser was still on the force in the first place.

“Why was this decision made to leave him on duty? Who knew about it? When did they know? And what exactly, if anything, did investigators gain from that decision?” Johnson asked.

RELATED: Dallas mayor creates committee to investigate why cop was left on the force during murder investigation

Dallas police said in the Tuesday news release they will not be responding to any more questions about Riser, citing an ongoing criminal investigation.