Riser had been still working on patrol while the investigation in relation to the two murder cases was ongoing, Garcia said. 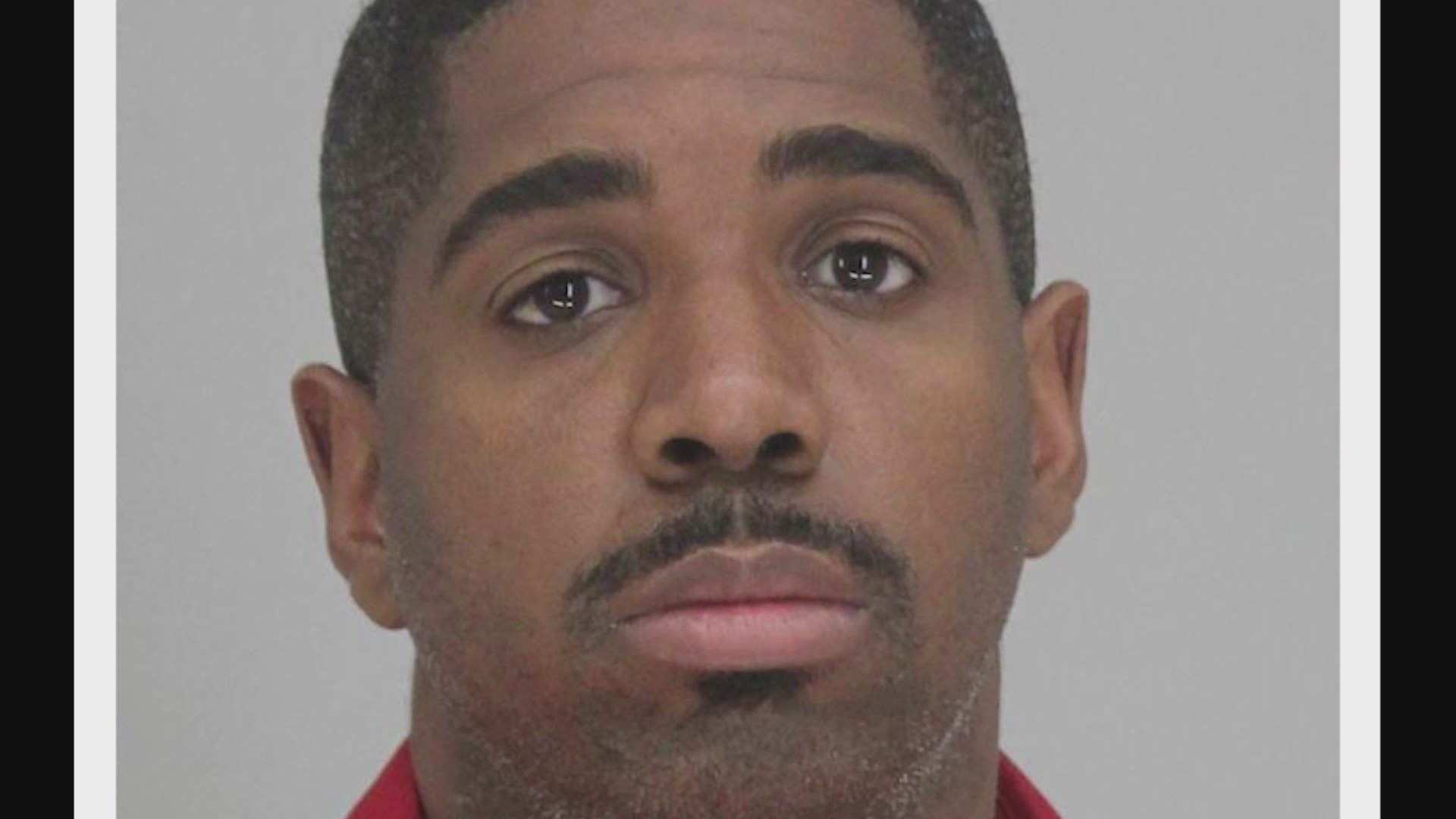 A day after Dallas police arrested one of their own on capital murder charges, the FBI’s Special Agent in charge disputed a statement made by former Police Chief Renee Hall.

Riser had been still working on patrol while the investigation in relation to the two murder cases was ongoing, Garcia said.

A witness told Dallas police investigators in 2019 that Riser allegedly offered him thousands of dollars and instructed him to kill two victims, according to an arrest warrant affidavit.

When asked why Riser was still working in an official capacity in 2019, former Police Chief Renee Hall told WFAA that at the time the department didn't have enough evidence for an arrest.

In a statement issued Thursday night, Hall said the “DPD Special Investigations Unit, in collaboration with the FBI, recommend not placing” Riser “on administrative leave."

On Friday, the FBI's special agent in charge of the Dallas field office disputed that.

“We did not at any time make, would not make recommendations about pulling him off,” said special agent Michael DeSarno during a news conference Friday. “We at no time asked them to leave him on duty.”

Hall clarified her statement Friday, saying the recommendation not to place Riser on leave came from the lead organization, the Dallas Police Department, and not the FBI.

DeSarno on Friday spoke highly of new Police Chief Eddie Garcia and said that the FBI worked closely with the Dallas Police Department on the case.

Riser, now on administrative leave, is being held in the Dallas County on $5 million bail.

At the time of his arrest Thursday, Riser had come to Dallas police headquarters for what he believed was a routine disciplinary hearing. But in reality, police sources say it was a ruse to get him into custody. When officers attend disciplinary hearings, they come in plain clothes and unarmed.

Decision to leave Riser on duty

“You've got a mastermind criminal who's organized, based on affidavits, at least, is organized two professional hits, and he's a uniformed patrol officer armed, walking and patrolling the streets of our city -- that's difficult to believe,” Milner said.

Milner also disagreed with the decision to leave Riser’s on duty for the last two years.

“What if he was involved in an (officer-involved shooting)? What if he arrested a murder suspect and his testimony would have been required for conviction? What if he participated in a violent crime while on duty?” Blankenbaker said. “The department’s reputation and integrity would be at stake as well as its confidence from the public.”

Investigating one of their own

In police documents, Riser is accused of ordering two killings in 2017.

Kayakers found Liza Saenz shot to death in the Trinity River in March of that year. On the day her body was found, she had been in court hours earlier, according to police records from 2017.

The records say an investigator with the District Attorney’s Office gave homicide detectives the name of an individual whose last name was “Byron Riser a.k.a. ‘Blue’” who she had been staying with. The investigator provided police that person’s address and telephone number.

The witness told police that Riser described her as an “informant.”

Riser is also accused in police records of having ordered the killing of Albert Douglas. The witness told police that Riser agreed to pay him $3,500 for the hit.

Police have said Douglas’ body has not been recovered.

Police sources tell WFAA that Dallas police are also investigating what connections this situation may have to Riser’s father, Byron, who is 58.

It’s unclear if Byron Riser is the same person mentioned in the 2017 affidavit as the person Saenz stayed with.

Federal court records show his father operated a drug house in Dallas. Undercover informants made several drug buys and he was arrested in August 2017 on drug distribution charges.

In 2018, he pled guilty to possession with intent to distribute a controlled substance and was sentenced to 60 months imprisonment.

He remains housed in a federal prison facility in Grand Prairie.