Linda "Michellita" Rogers, 12, was recording herself getting ready for a cheer competition when her house blew up. Her family wants her death to be a call to action for Atmos to fix its gas lines. 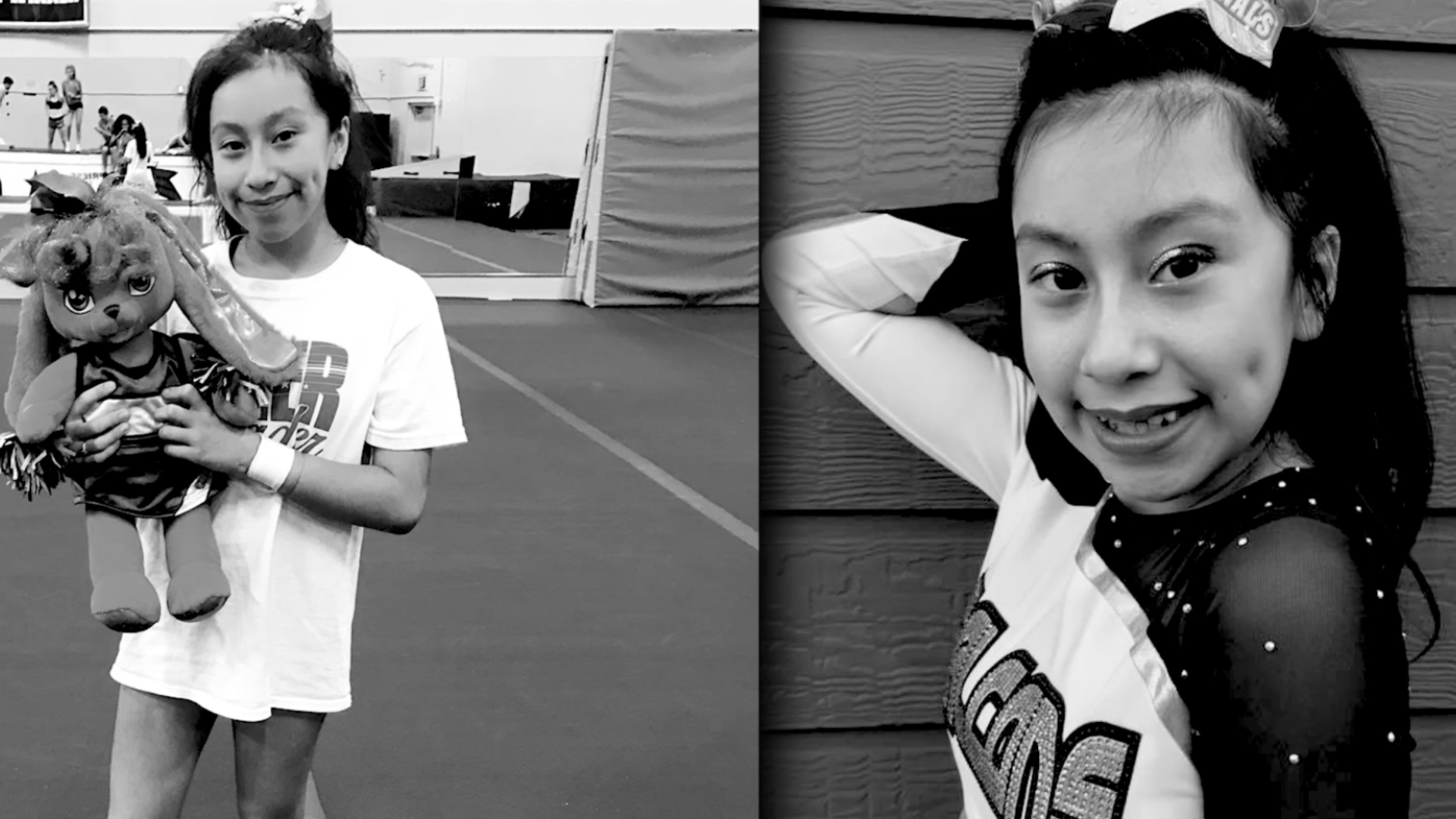 DALLAS — It's before sunrise, but Linda "Michellita" Rogers is already up.

She’s talking in a near whisper, not wanting to wake her family.

In the second video, she’s dressed in her cheerleading uniform and still trying to contain her excitement.

“OK, so I'm sorry if you guys can't hear me,” Michellita says in a near whisper. “But they're all sleeping.”

The images of an excited 12-year-old happily chatting as she makes videos on her cell phone are heartbreaking to watch. Michellita Rogers has no idea her life is about to end.

She’s fixing her hair in the third video, which is a time lapse.

Three seconds in, there’s a flash of light, and one split-second frame of what appears to be a shower of sparks. It is the last image you see before the video fades to black. In that instant, her house explodes, and Michellita is fatally injured.

Over the course of three days, Atmos Energy’s leaking natural gas pipes caused three homes to explode last February. Michellita’s home was the last. Her family authorized the release of the videos to WFAA.

As the first anniversary of her daughter’s death approaches this Saturday, Michellita’s mom Maria Rogers agreed to speak to WFAA hoping to spur lawmakers to make changes to prevent anyone else from dying in an explosion.

State. Rep. Rafael Anchia, D-Dallas, has filed a series of bills intended to strengthen the state's oversight of natural gas companies like Atmos, and make Atmos accelerate its replacement of aging cast iron, wrought iron and bare steel pipes in its sprawling system.

“I don't want this to happen to another family,” Maria Rogers said.

The National Transportation Safety Board issued a preliminary report that found Atmos was aware of leaks in the neighborhood for nearly two months prior to the series of explosions. NTSB investigators found a crack around a two-inch line behind Michellita’s home on Espanola Drive. The pipe failed pressure tests, the report said.

“There’s been nine homes that have exploded in the Dallas area since 2006,” said attorney Ted Lyon, who along with attorney John Barr, represents the family in a lawsuit filed against Atmos.

“Twenty people have been seriously burned and several have been killed," Lyon said. "They are consciously not taking care of their business. The only time they take care of business is when somebody burns to death or some house explodes.”

RELATED: Atmos pipe replacement in northwest Dallas to continue through 2019

RELATED: 'We never smelled gas': Why do some house explosions come with no warning?

After Michellita’s death, Atmos did evacuate thousands of neighbors and began a massive project to replace dozens of miles of pipe in that area of Dallas. Atmos blamed unusually heavy rains that they said caused significant underground shifting that resulted in numerous leaks.

In a recent request to raise rates, Atmos said it had replaced almost 100 miles of aging steel and cast iron pipe in Dallas, but hundreds of miles of aging pipe still remain.

“They’re gambling with people’s lives,” Lyon said, adding that this is the time of year when natural explosions often occur.

This past November, a WFAA investigation revealed that Atmos lost, or can’t account for, tens of millions of dollars of natural gas flowing through its system. In Dallas County alone, since 2010, that's about $100 million worth of natural gas in its pipelines lost or unaccounted for, according to Atmos' own reports.

“It incentivizes them to lose gas,” Lyon said. “It is a very bad system.”

Atmos has previously offered condolences to the Rogers family.

Beyond all the lawsuits and investigations, Maria Rogers is a grieving mother still overwhelmed by the loss of her child.

“Michelita was a princess,” she told WFAA. “Everybody loved Michellita.”

“She says she wants to be the top, top, top doctor,” her mom said.

Asked what she missed most about her daughter, she said: “Everything. Her heart. Her kisses. Her loss. Everything.” As she spoke, her husband put his arm around her and her eyes brimmed with tears. She could not bring herself to talk in detail about the events of that fateful February morning.

Before their house exploded, the family said there was no inkling of the danger in their northwest Dallas neighborhood.

She said she knew that a house on the street behind them had exploded one day earlier. She saw Atmos Energy trucks all over the neighborhood.

“They never go house to house and knock on the door and say 'you need to get out because there's danger here,'” she said.

Maria Rogers, her husband, teenage son and Michellita’s grandmother were in their beds asleep when the house exploded on Feb. 23, 2018. None of them smelled a thing.

In several natural gas explosions, victims have told WFAA that they did not smell the natural gas. Experts call the phenomenon odor fade. Natural gas has no smell when it comes out of the ground. Companies like Atmos add a chemical to the gas giving it a smell like rotten eggs. But studies have found that, over time, as leaking natural gas travels through the soil, the smell can fade.

In the aftermath of the explosion, Maria’s husband found Michellita’s body in the front yard. Family members discovered the videos when her phone was found several days after the explosion.

The family now bears wounds, both visible and invisible. Her husband, son and Michellita’s grandmother have traumatic brain injuries caused by the explosive shock of the blast. Just the sight of an Atmos truck terrifies them, they said.

“I will never feel safe again,” Maria Rogers told WFAA. “I don't know how to protect my family. Atmos took away my sense of safety.”

The Rogers family wants Atmos to be held accountable. But that’s not what keeps them up at night. It’s the memory of a girl who didn’t have to die.

“She was all my life,” her mother said. “She was the little piece of the sky hidden there.”

The family is holding a memorial service to Michellita at 5 p.m. Saturday, Feb. 23, at Cristo Rey Church, 3353 W. Northwest Highway in Dallas. 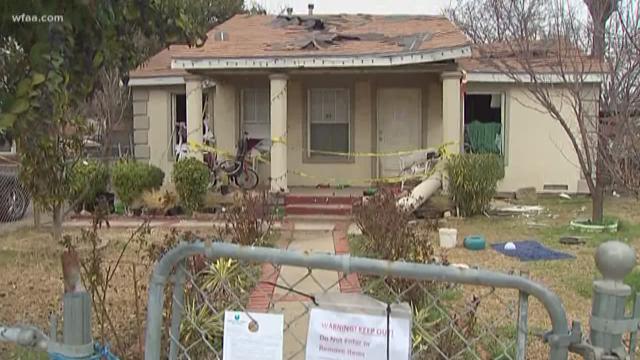