"In Texas, in 2018, these kinds of things shouldn't be happening," State Rep. Rafael Anchia, D-Dallas, said. 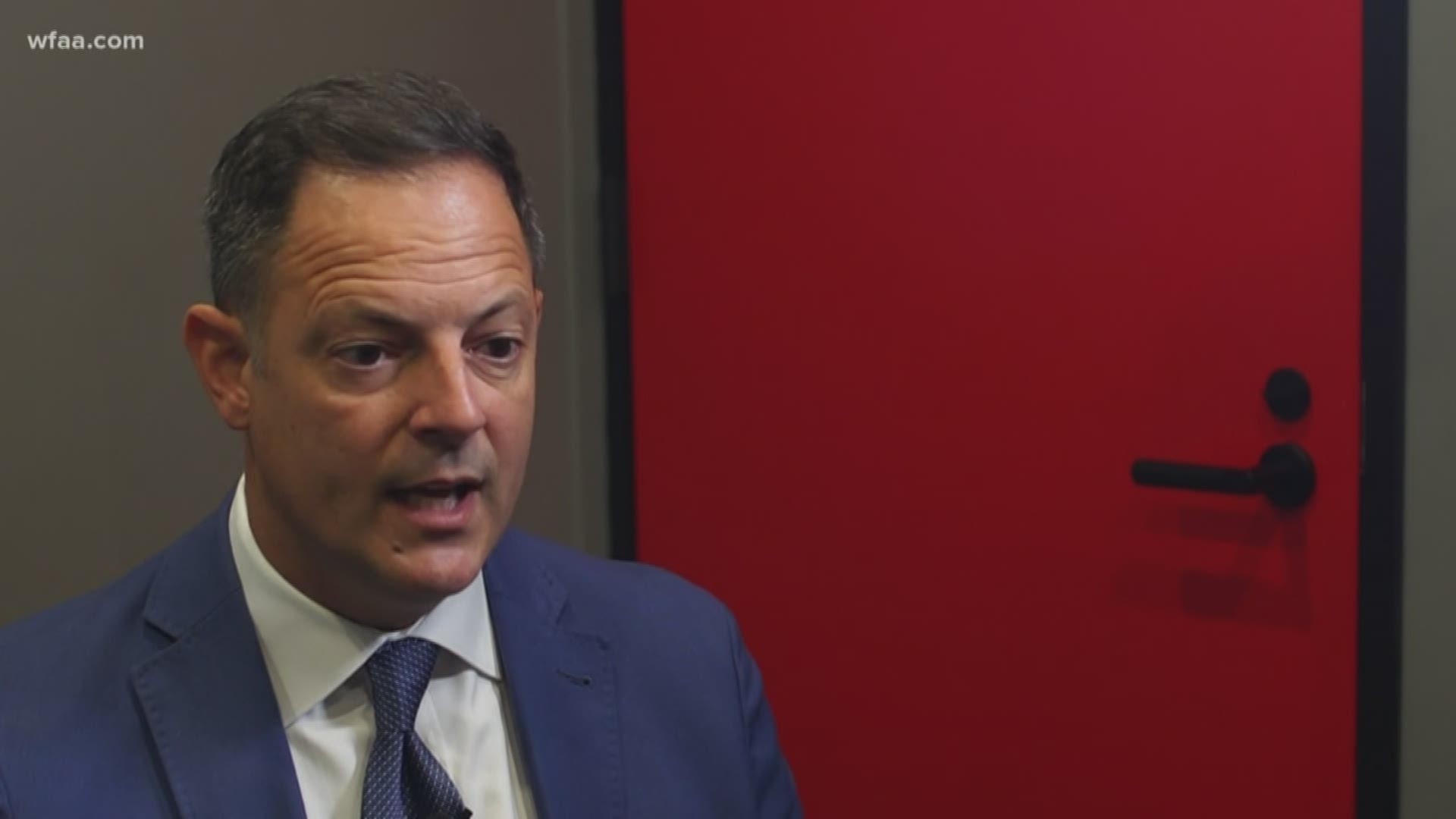 DALLAS — In the upcoming New Year, a Dallas lawmaker plans to propose a slate of bills seeking to try to prevent natural gas explosions like the one 10 months ago that claimed the life of 12-year-old Michellita Rogers in Northwest Dallas.

State Rep. Rafael Anchia’s proposals also seek to prod the Texas Railroad Commission — an elected body with a reputation of being too close to industry — to do a better job of regulating the industry it oversees.

“In Texas, in 2018, these kinds of things shouldn't be happening,” Anchia, D-Dallas, said. Anchia represents the district where Michellita died.

Michellita died Feb. 23 in the third of three house explosions in her neighborhood. The explosions triggered an evacuation of more than 1,000 homes. Atmos replaced miles and miles of aging steel pipe, blaming unforeseen shifting soil conditions for putting pressure on their system that created uncontrollable leaks.

The bills Anchia plans to propose would, among other things:

Anchia has been working closely with County Judge Clay Jenkins on the proposals. Jenkins has been pushing hard for the searchable database of leaks and for the quicker replacement of cast iron pipe in Dallas.

A recent WFAA investigation found Atmos may often be slow to fix leaks – including some of the most serious – and that the company has lost or can't account for tens of millions of dollars of natural gas flowing through its system.

WFAA discovered that since 2010, according to its own reports, Atmos lost or couldn’t account for an estimated $98.6 million worth of natural gas in its pipelines in Dallas County alone.

“Since we pay for both the leakage and we also pay for the repairs, let’s go ahead and accelerate the repairs,” Anchia said.

Atmos and its natural gas pipeline replacement program have come under intense scrutiny following the explosion that killed Michellita. When Atmos conducted leak tests soon after the fatal explosion, the company acknowledged that it found 28 leaks near the homes.

The explosions remain under investigation by the Railroad Commission and the National Transportation Safety Board.

A preliminary report released by the NTSB already revealed that Atmos was aware of leaks in the neighborhood for nearly two months before the string of explosions. The NTSB has said it found cracks all the way around a two-inch gas line behind the Rogers' house on Espanola Drive. The line was so leaky that it couldn't hold pressure when it was capped off.

Another of Anchia’s proposals would require operators like Atmos to immediately report natural gas explosions to the Texas Railroad Commission. There is currently no specific timeline required.

News 8 reported earlier this year that it wasn’t until after the second house exploded in northwest Dallas that Atmos notified state regulators. Michellita’s home blew up 12 hours later.

“What we want to make sure is that after explosion no. one we have railroad commission investigators on site immediately,” Anchia said.

Anchia wants to require that all natural gas-related deaths and injuries be reported to state regulators. That is currently always done if, for example, the explosion appears to be caused by a malfunctioning appliance inside the home.

As it stands now, member of the Texas Railroad Commission can take campaign contributions at any time from the people and companies it regulates.

“It creates at least an appearance of impropriety,” Anchia said.

“We need to make sure that there are clear lines about when you can and cannot take money,” Anchia said. “People are dying and we need to have a regulator that the public has confidence in.”

He’d like change the commission’s name to better reflect what it actually regulates. A lot of people still think that the commission regulates railroads. It doesn’t.

The bill may seem like a slam dunk, but efforts have failed before.

Anchia knows he's in for a fight, but he vows that Michellita's death will not be vain.

“We are a wealthy state,” he said. “We have the ability to have a safe system and we need to make sure that the operators of this system are accountable to the people of Texas.”