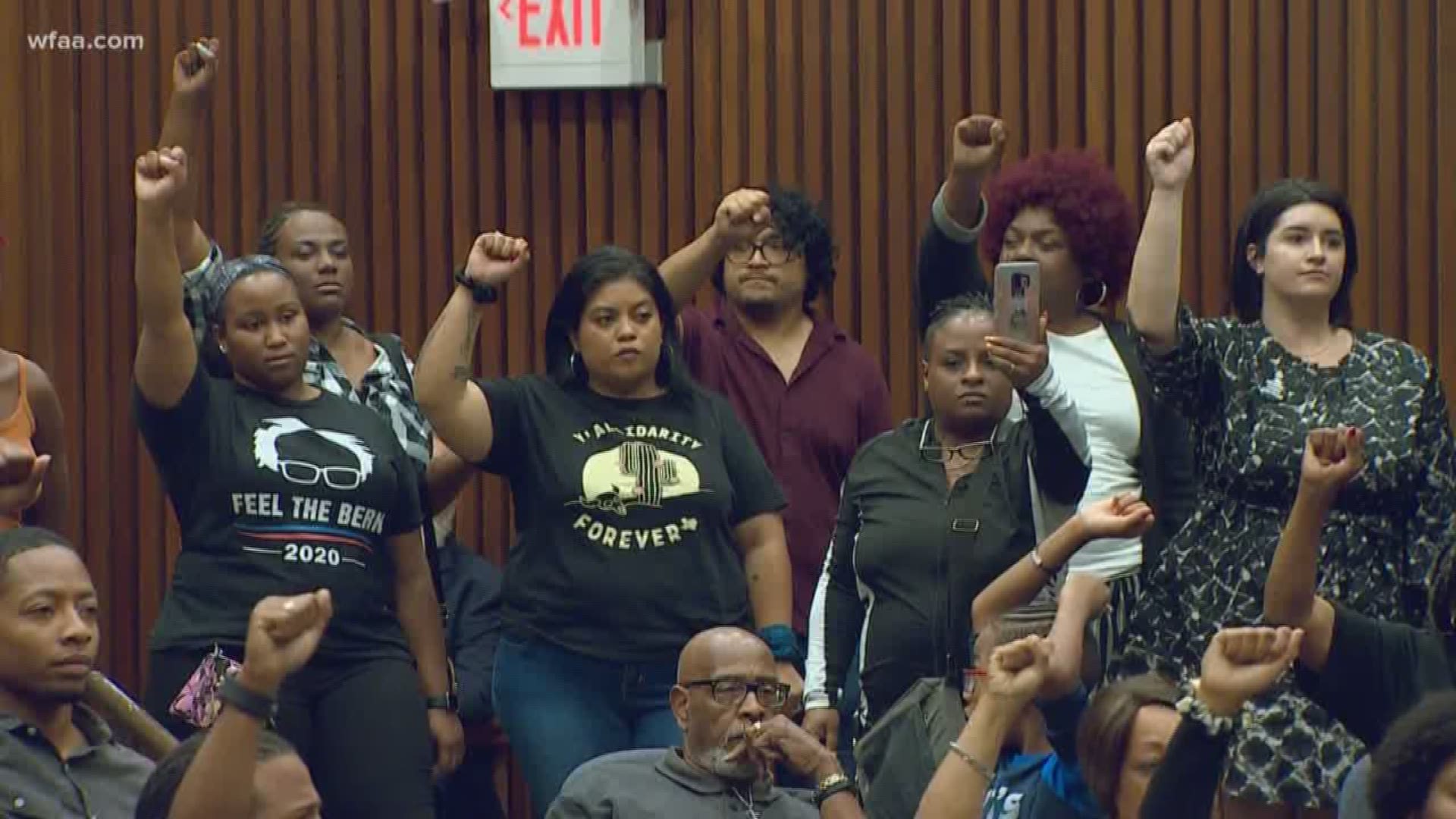 FORT WORTH, Texas — Fort Worth is “broken,” Mayor Betsy Price said as tensions rose following the shooting death of Atatiana Jefferson by a white police officer who shot and killed her during a welfare check.

Former Fort Worth police officer Aaron Dean is charged with murder after he shot and killed Jefferson in her home on East Allen Avenue early Saturday morning. A neighbor called a non-emergency line asking for a welfare check. The officer did not identify himself, went into the back yard and shot Jefferson through a window.

"The tragic death of Ms. Jefferson has left this city broken,” Price said in a statement Wednesday. “Some of the sentiments we heard last night – Citizens don’t feel safe, they are scared, tired and hopeless.”

On Monday, Price apologized to Jefferson’s family on behalf of the city, and promised to bring in national experts to review the Fort Worth Police Department from top to bottom.

That didn’t quell the anger at Tuesday’s council meeting, in which an overflow room was created for the excess crowd and tempers flared as citizens addressed the council and the mayor.

“We will continue to listen, and we are taking immediate action,” Price said Wednesday. "My focus remains on healing this city and pushing forward to see that we make progress."

According to Price’s statement, the independent, third-party panel will be in place by November 19 and will provide updates to the city every week.

She also outlined what she calls continued implementation of the Race and Culture Taskforce recommendations, including hiring an independent police monitor, and a diversity and inclusion officer.