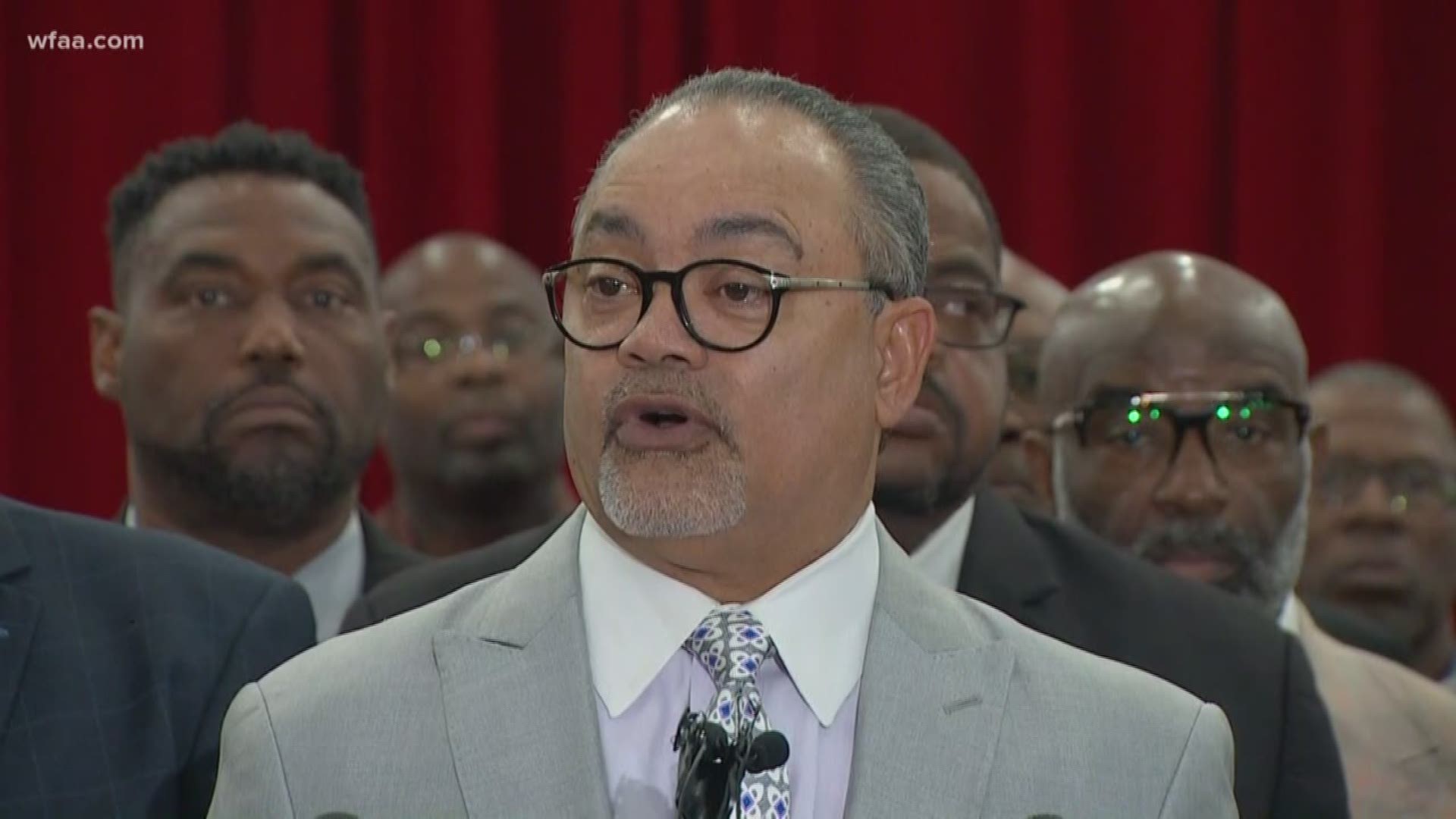 A group of black faith and community leaders on Wednesday demanded change at the Fort Worth Police Department following the slaying of Atatiana Jefferson.

Jefferson, 28, was killed by Aaron Dean, who fired through her backyard window early Saturday morning during a welfare check in Fort Worth.

Police were called to Jefferson's home by James Smith, a neighbor who said he became concerned when he noticed her front door was open.

Lee Merritt, Jefferson's family attorney, later said the woman had left her door open to let a cool breeze inside as she and her 8-year-old nephew played video games.

Officers parked around the corner and did not announce themselves or knock on the doors before Dean walked into the backyard and shot Jefferson through a window.

Merritt and other community leaders said Jefferson's death is another example of white police officers responding aggressively to black communities.

"We're at a place now where our city leaders are calling for healing," said Pastor William Timothy Glynn, president of Faith and Community Leaders United. "There can be no healing until the problem is addressed, and the source of the problem is much deeper than even the shooting that occurred."

Dean, 34, resigned from the Fort Worth Police Department two days later before he could be fired, police officials said. He was booked into the Tarrant County jail Monday on a murder charge and posted bond later that night.

"From every indication — any way you twist it, turn it or look at it — there are serious problems with the Fort Worth Police Department and the way they police the black and brown community," Glynn said.

In December 2016, Craig called police after she said her neighbor grabbed her child by the neck.

Tatum said she had hoped police would tell her neighbor it was against the law to choke her son.

"But instead, as [Officer William Martin] was en route, he decided to look up her record and found she had a warrant for a traffic ticket," he said. "When he arrived at the scene, he had already made up his mind that he was going to arrest — not the perpetrator —  but Jacqueline Craig."

The arrest of Craig, which got physical, was captured on video and garnered national attention. Martin received a 10-day suspension without pay.

These are the moments, Tatum said, that have triggered the black community and created distrust with police.

"They thought they were getting relief but got harassed and manhandled instead," he said.

Tatum says the community questions the authenticity of the apologies from Mayor Betsy Price and Police Chief Ed Kraus and calls their actions in the past "to protect themselves" divisive.

"It's time for somebody else to take control to put in the right mechanism to hold the city of Fort Worth and our Fort Worth Police Department accountable when they break local, state and federal laws," he said.

The pastor said the group is sending a letter to United States Attorney General William P. Barr to ask for equal protection under the law.

Faith and Community Leaders United will gather at 5 p.m. Saturday across the street from the John F. Kennedy Tribute at General Worth Square to call for the nation to look at Fort Worth.

"Because if it happens here, it can happen anywhere," Tatum said. 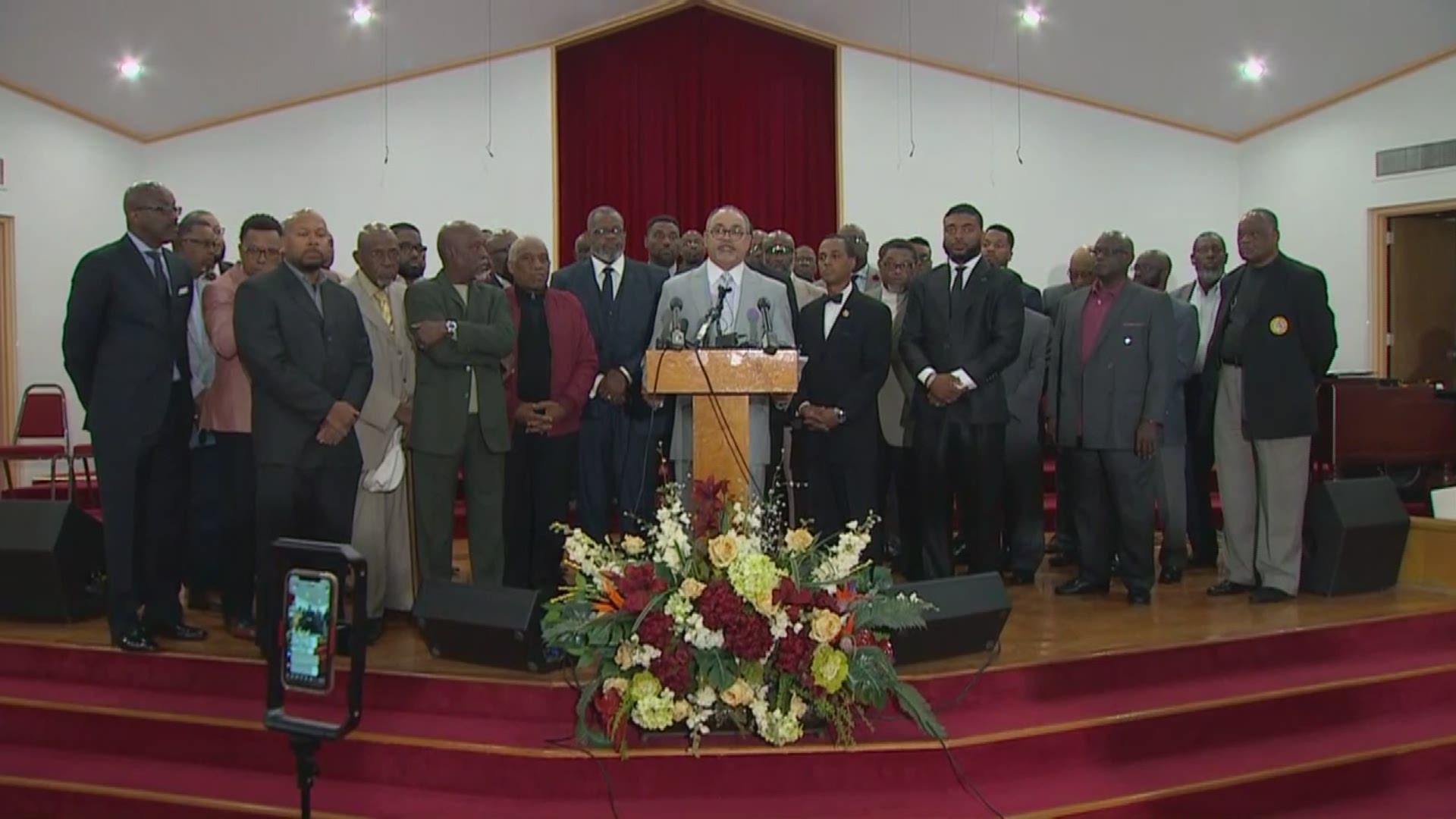