Initiatives to reduce blight in high crime areas, add street lighting, and expand social emotional learning programs will be funding by the city and Dallas ISD. 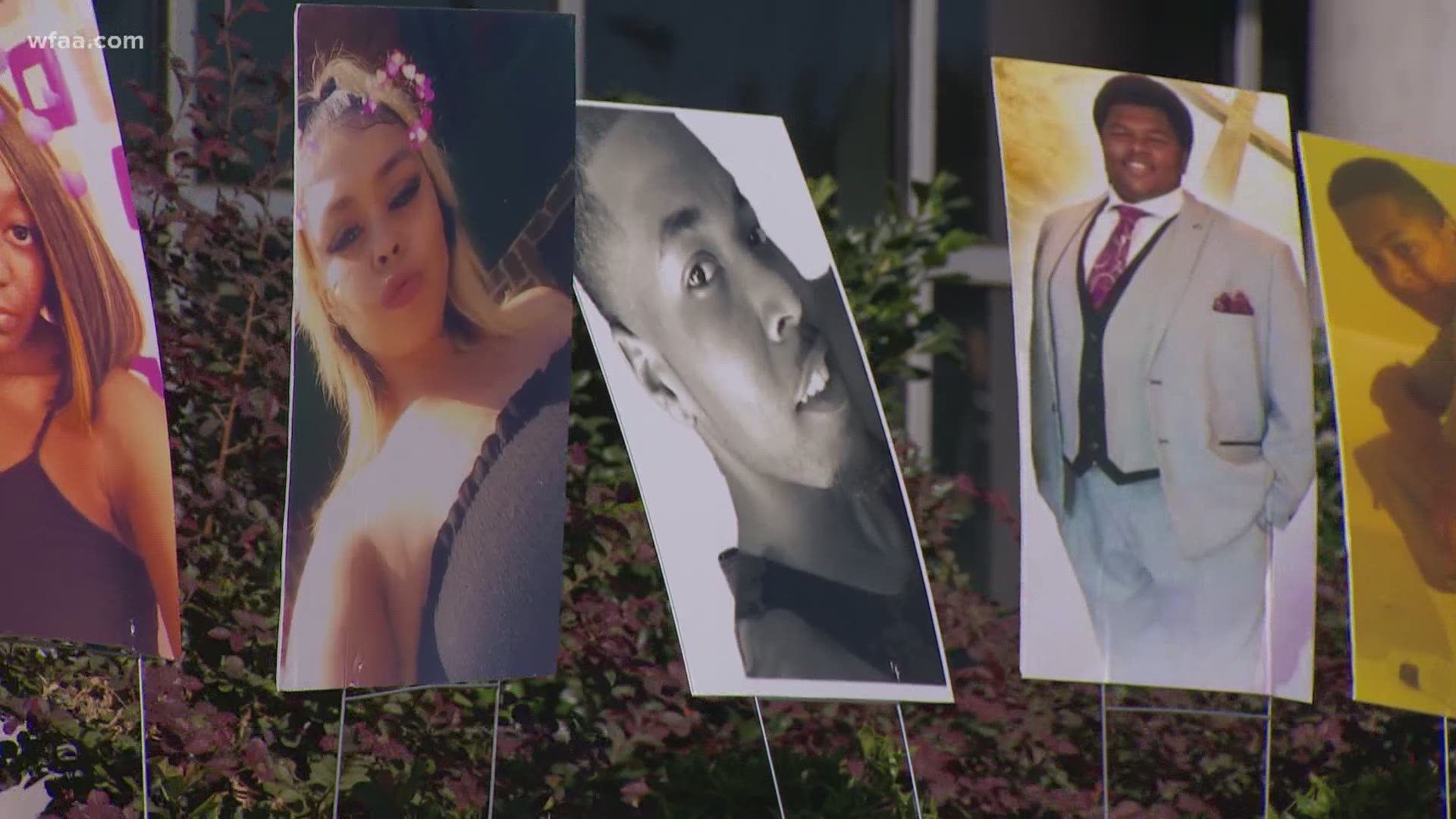 The recommendations were made by the Mayor’s Task Force on Safer Communities and will be supported by the city and Dallas Independent School District.

During Monday's press conference, Dallas Mayor Eric Johnson and members of the Task Force stood before large photographic images of several young people who have been killed by acts of senseless violence in some of the city’s high crime areas.

"Violent crime remains unacceptably high in our city," Mayor Eric Johnson said during a press conference outside South Oak Cliff High School. "We still have too many murders and aggravated assaults."

RELATED: The rise of fights, shootings and killings remain a concern to Dallas residents as weekend approaches

Of the funding, the city is setting aside $1.7 million to remediate blight and address abandoned buildings and vacant lots in high crime areas. About $2 million has been allocated for outdoor lighting. Violence interruption programs will get $800,000 in funding.

Outside of those initiatives, Dallas ISD is also funding the Task Force’s recommendation in expanding social-emotional learning programs in its schools.

"It is huge," Johnson explained. "It says that we are tackling tough issues in our communities. Especially the Black and brown communities."

The mayor said support of the Task Force recommendations is a start. However, the work is not over.