The rise of fights, shootings and killings remain a concern to Dallas residents as weekend approaches

Aggravated assaults and homicides continue to be crime categories concerning police and neighbors. 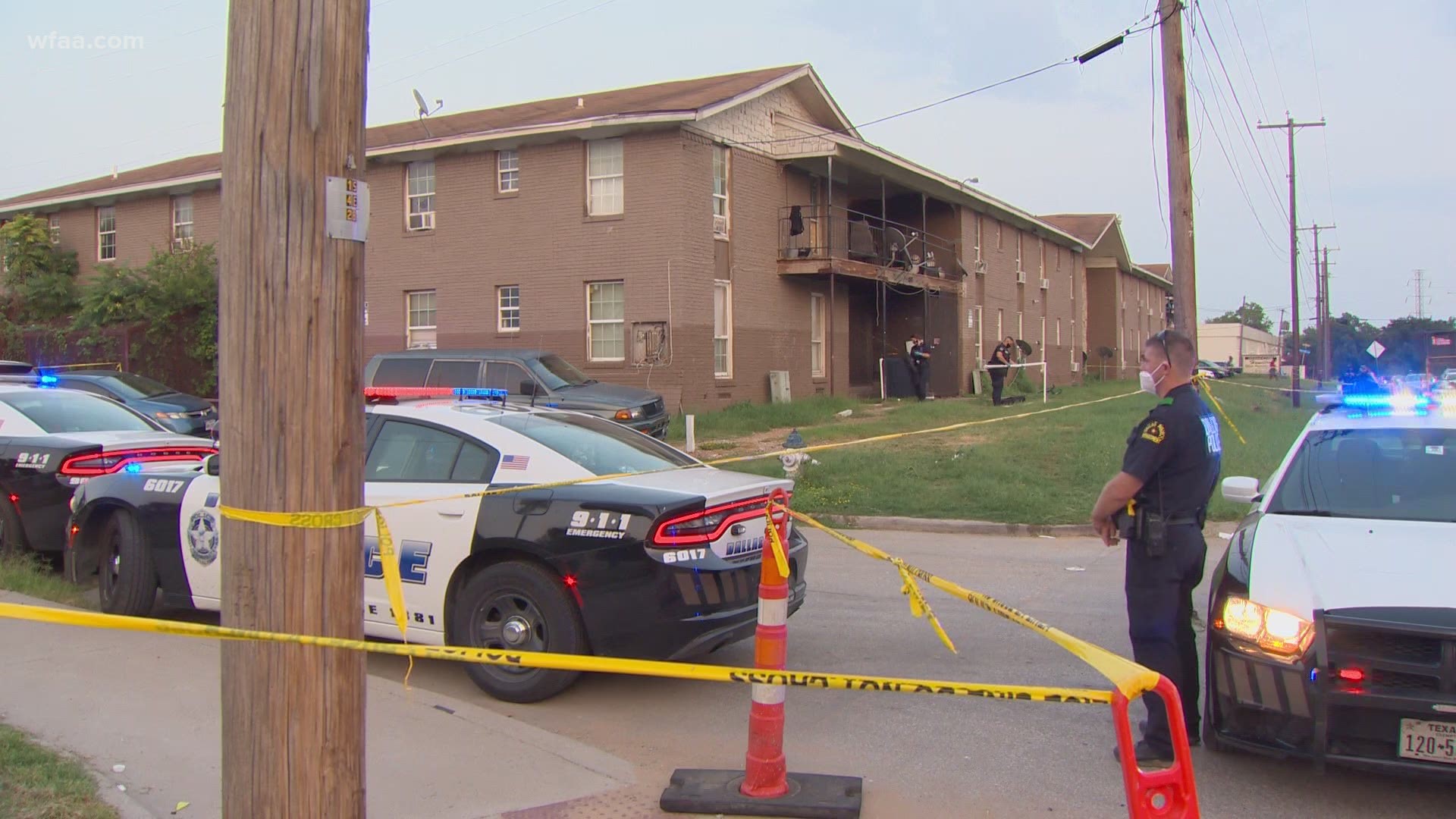 DALLAS — Dallas police are working on strategies to reduce crimes like aggravated assaults and homicides.

Officers were busy at several crime scenes last week. Among them, a triple-homicide at a motel on Gardner Road, where a manager found two women and a man killed inside a room on Saturday.

There was also shooting inside a club called V Live on Sunday, where video posted to social media showed a crowd running for cover.

And several fights broke out in the parking lot of a retail shopping strip on Harry Hines Boulevard, on Friday, that ended with at least 15 gunshots.

”Being in the middle of that chaos, it was a little unprecedented and unwarranted. I didn’t know how to take it initially,” said Andre’ Taylor.

He was among witnesses in the parking lot when the fights broke out. He ran for cover behind a car when an unidentified gunmen began firing weapons.

Video of the fights and shooting showed many people among the large crowd were not wearing masks. Social distancing wasn’t a priority, as the brawls escalated.

Spent shell casings remained in the parking lot on Monday.

He owns a wireless shop in the retail center. He is among neighbors who said they were unaware of the violence happening in the parking lot, since their businesses are closed on weekends.

Waheed and others said they are concerned, knowing homicides and aggravated assaults are crime categories police continue to see increasing across the City of Dallas.

According to Dallas Police Department records, officers have responded to 9,096 violent crimes so far this year, compared to 9,222 similar crimes during the same period in 2019.

“It is concerning for the business people, because we have a lot of families coming through here,” said Waheed.

As police continue responding to the issues, DPD administrators said their goal is to see violent crime reduced by 5% this year. So far, that reduction is about 1.37%.

”That type of behavior is always a concern for me,” said Taylor.

Meanwhile, neighbors are echoing a request that is often asked of DPD. Waheed and others say they would like to see more officers patrolling high-crime areas.